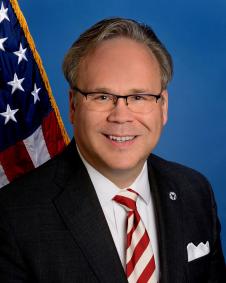 Less than a week into his term, President Joe Biden has appointed Democrat Todd Harper as the new NCUA Board Chairman. Harper has served on the NCUA Board for nearly two years now, after being appointed in February 2019 and taking office in April 2019 after Senate confirmation.

Harper will be replacing Republican Rodney Hood, who was appointed to the position in April 2019. Hood will remain on the board with Harper and fellow Republican Kyle Hauptman.

In a statement regarding his appointment, Harper remarked, “I have received the greatest honor of my career. I am deeply humbled by the trust and faith placed in me by the new Administration. In leading the outstanding professionals at the NCUA, I will seek to do what is best for the agency, its staff, and the credit union system.”

Since joining the board in 2019, Harper has been very outspoken against many of the Board’s proposals and decisions. Previously, Harper and Hood have been on opposing sides leaving Hauptman as the tie-breaker, typically siding with Hood. From clashing over the 2020-2021 budget to their disagreement over the more recent proposal to expand CUSO activities, the two have rarely been in agreement. As the new Board Chairman, Harper will be able to set the agenda for meetings, getting proposals he favors to the table sooner, but may continue to face resistance as the lone Democrat on the board.

However, Harper hopes to open the door to polite negotiations and open communications as the new Chairman, seeking “win-win compromises, whenever practicable.” Time will tell if this sentiment will truly bring change to board meetings or if the same routine seen during Hood’s time as Board Chairman will continue.

On the topic of his priorities moving forward, Harper noted, “The credit union system now sits at the intersection of several crossroads, and the agency faces many decisions ahead related to the economic fallout of the COVID-19 pandemic and the need to advance economic equality and justice.”

“As NCUA Board Chairman,” he continued, “I will continue to focus on four policy priorities: capital and liquidity, consumer financial protection, cybersecurity, and diversity, equity and economic inclusion. Each of these priorities are vital in responding to current economic and marketplace realities.”

Before joining the NCUA Board, Harper served the U.S. House of Representatives as staff director for the Subcommittee on Capital Markets, Insurance, and Government-Sponsored Enterprises and as legislative director and senior legislative assistant to former Rep. Paul Kanjorski (D-Pennsylvania). He holds an undergraduate degree in business analysis from Indiana University’s Kelley School of Business and a graduate degree in public policy from Harvard University’s Kennedy School of Government.