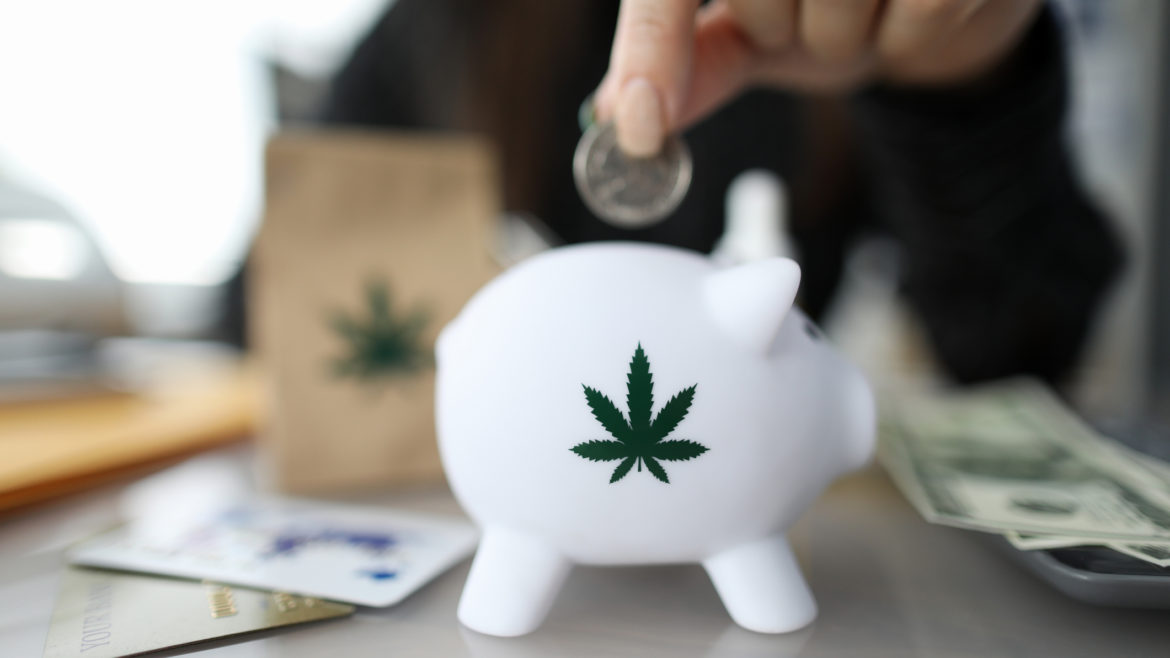 Back in the 2020 election, five states voted to fully legalize marijuana–a trend that is expected to continue–leaving only five states in which marijuana is completely illegal. In response to this, many credit unions are seizing the opportunity to service these accounts and reaping in the benefits they provide. However, despite state laws legalizing cannabis and allowing for marijuana business to have financial accounts, federal laws have yet to catch up, putting financial institutions in a tricky situation.

This may soon change through as the doors to marijuana banking become even easier to walk through. Yesterday, on April 19, 2021, the House of Representatives voted to pass the CUNA-supported SAFE (Secure And Fair Enforcement) Banking Act. The act, passed with overwhelming majority of 321-101 with support from both parties, is intended to provide protections to financial institutions servicing legal cannabis businesses. This means credit unions and banks no longer risk facing federal penalties for having such accounts. It also means they cannot be forced by regulators to close or terminate these accounts.

In response to the news, CUNA President/CEO Jim Nussle said, “Today’s landmark vote will help credit unions keep their communities safe by providing state-legalized businesses access to mainstream financial services. We offer our appreciation to Representatives Perlmutter, Stivers, Velázquez, Davidson and others who have worked on this bipartisan legislation for so long. There is more work to be done to get the SAFE Banking Act across the finish line. We are ready to work in the Senate to advance legislation on this issue to the President’s desk.”

The bill was previously passed in the House on four separate occasions (most recently as part of two COVID-19 relief bills), but was rejected when it reached the Senate. However, the last time the bill was brought to the Senate as a stand alone piece of legislation (in 2019), only 33 states had significant legalization laws for marijuana, which has since increased to 44. Not only that, but Democrats now hold the majority of seats in the Senate, which could increase the bill’s chances of being passed and sent to President Biden’s desk for approval.

Rep. Ed Perlmutter (D-CO), who reintroduced the bill, spoke on the House floor yesterday, “The fact is that people in states and localities across the country are voting to approve some level of cannabis use, and we need these cannabis businesses and employees to have access to checking accounts, payroll accounts, lines of credit, credit cards and more. This will improve transparency and accountability, and help law enforcement root out illegal transactions to prevent tax evasion, money laundering, and other white collar crime.”

As mentioned before, support for the bill was a bipartisan effort. Rep. David Joyce (R-OH), also spoke out to defend the act, calling it “common sense” and “overdue.” Furthermore, the legislation received significant outside support. On Monday, House leadership received letters of support for the bill from 20 state governors, the governor of one U.S. territory, bankers associations representing every state in the country, and a coalition of state treasurers.

Currently, the bill has 32 cosponsors in the Senate, however they have not yet decided on a date to discuss or vote on the legislation. Nonetheless, supporters are optimistic that the change in leadership will be enough to finally see it through. Safe to say, credit unions should keep their eyes peeled as this develops further. Should the bill pass into law, credit unions should evaluate the benefits and growth potential of taking on cannabis accounts and decide on a course of action. Not familiar with these benefits? That’s okay, I cover them in this article.

It’s extremely likely that these accounts will become increasingly common in the future, and as such credit unions should be ready to take them on and have policies in place for them. Is your credit union ready?