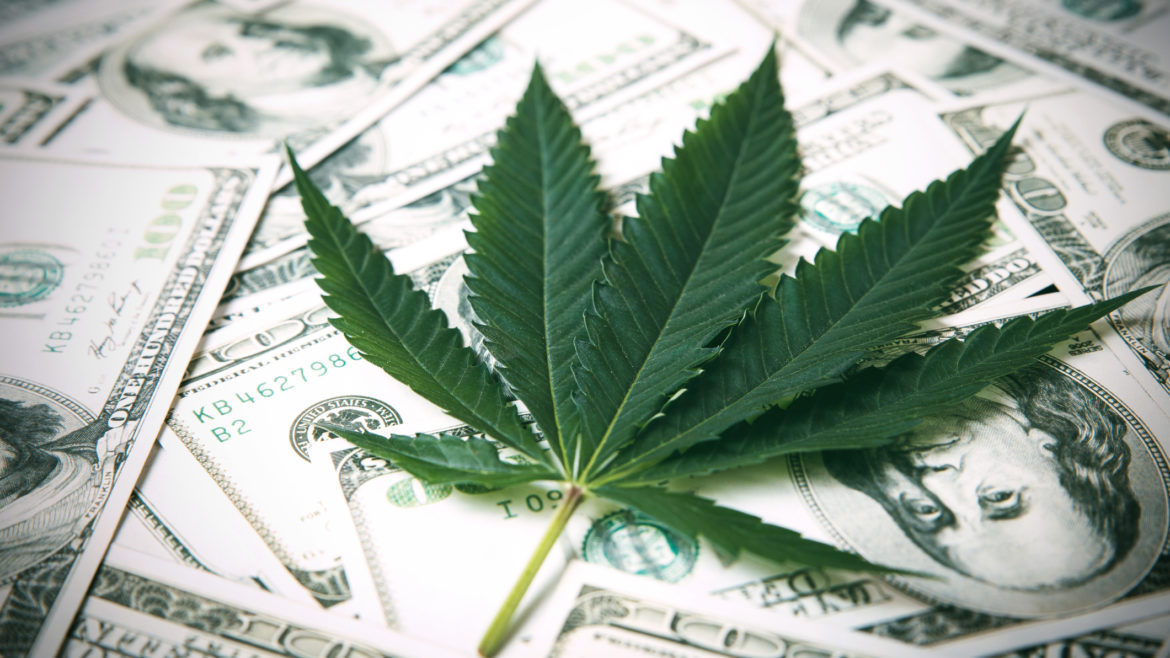 Is Cannabis the Next Golden Opportunity for Credit Unions?

While the world waited on baited breath for the results of the 2020 election, refreshing the results every thirty seconds, ballots quickly revealed one clear and resounding victor: marijuana. With Arizona, Mississippi, Montana, New Jersey, and South Dakota all legalizing the sale and production of cannabis last week, only a handful of states in the country have yet to catch up. This legalization means plenty of new accounts for credit unions or banks to service in the coming years (federal law providing), all with the potential to help these financial institutions grow significantly.

Historically, few credit unions have worked with the marijuana industry, but this may change in the coming years. These five new states to legalize cannabis will be seeking financial institutions to help with getting these businesses going, providing an opportunity for local credit unions to step in. But what’s the risk versus reward of undergoing this endeavor? What should a credit union consider when eyeing the cannabis industry and what will it need going forward?

If given the chance to work with marijuana businesses as members, credit unions can expect an increase in asset size, but also in risk. Two such credit unions to open their doors to the cannabis industry were Element Federal Credit Union in West Virginia and North Bay Credit Union in California.

West Virginia legalized the sale of medicinal marijuana back in 2018. In the following year, the state began looking for a financial institution to work with these accounts and handle the finances involved in getting permits and licenses. The contract—while originally awarded to a bank—became available again after the banking partner backed out, due to concerns about how working with medicinal marijuana businesses would impact their reputation.

That’s when Linda Bodie, Chief + Innovator of Element Credit Union saw a golden opportunity. Going up against five other applicants, including the country’s largest bank, JPMorgan Chase, the contract was awarded to the $35M Element Federal Credit Union. In an interview, Bodie told CU Today that she expects the contract to increase the credit union’s asset size over the coming years, as well as increasing their staff size—specifically in the compliance department.

Likewise, North Bay Credit Union in Santa Rosa California predicted an overwhelming expansion of assets from 50 million to 500 million over the next decade due to their marijuana accounts. In order to accommodate their growth, the credit union increased their compliance department significantly. The department now makes up a third of their staff and is their largest profit center. CEO Chris Call, in an interview with CU Today noted, “The sky’s the limit for the growth of our credit union. California has the largest cannabis industry in the world, and we can grow as fast as our capital will allow us to grow. If we can produce the capital, we could easily increase our credit union’s size tenfold.”

With the number of states allowing for the sale of medicinal and recreational marijuana climbing, credit unions unwilling to work with such accounts will find themselves losing out on potential assets and opportunities, especially as the industry continues to grow.

However, taking on marijuana businesses as members is a formidable endeavor. The aforementioned asset increase and credit union growth are a trade-off to higher risk. Credit unions must have the resources to handle these accounts and knowledge to do so. They need to be educated on the legal aspects and understand what these contracts will require. It’s no easy feat, and many caution against smaller credit unions taking the plunge. Credit unions who have taken on this task have had to hire several new compliance employees or make compliance the center of their credit union in order to adjust to their new accounts and their credit union’s growth.

Call noted, “I’d be hesitant to tell a small credit union this is a growth option, because it’s a lot of work. You have to be really dedicated to educating yourself on this industry and understanding all the risks involved. It’s certainly not for the faint of heart. You have to really be committed to doing this and doing it well, otherwise you will be dealing with regulators, law enforcement…This can bring with it a lot of headaches and issues you may not want to grapple with.”

Furthermore, just because the practice is now legal, does not mean many will agree or support it. Medical marijuana dispensaries have been on the receiving end of multiple lawsuits, and many communities are not welcoming to such businesses. Due to poor reputation, bad smell, and other complaints, taking on these accounts could mean potential risk for credit unions, especially given their community driven focus. According to the Cannifornian, community members often file complaints with cities, claiming the smell of cannabis farms and businesses “disrupts their quality of life, lowers their property values, and causes problems for people with respiratory issues such as asthma.”

Of course, the extent of these complaints ranges heavily depending on the location. Some credit unions may not face this issue at all, while others may risk upsetting a significant portion of their member base. Regardless, credit unions should conduct extensive research not just on the industry, but their community as well, while considering whether or not to pursue these types of accounts and contracts.

Looking to the future, it’s only logical to assume marijuana will continue to become increasingly accepted throughout the United States and other countries. As it becomes more commonplace, community resistance may decrease or disappear altogether and the legalities surrounding the opening of such businesses may be streamlined, making it much simpler for credit unions to work with these accounts. For now though, the industry offers high reward potential for those credit unions willing to take the risk and put in the work. Though a credit union will need to thoroughly take stock of their knowledge and resources to determine if they have the ability to consider this opportunity.

Where does your credit union stand on the issue? Will you be taking on the plunge or waiting for the practice to become more commonplace? Share your thoughts below!

How to Manage a Black Swan Event