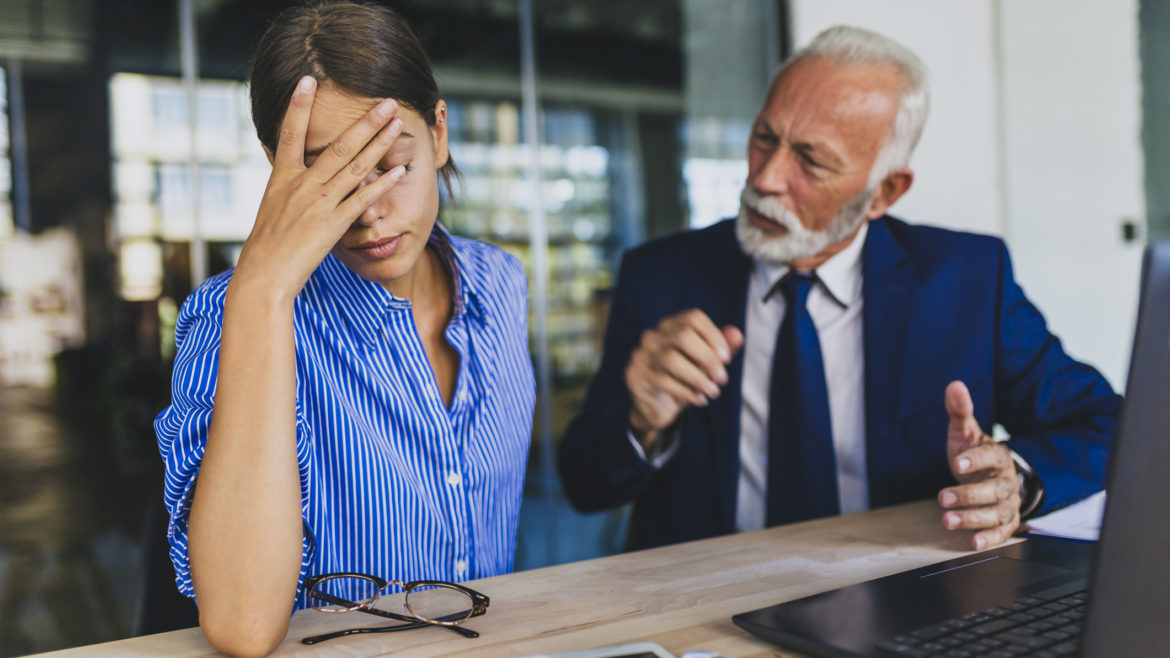 “It’s amazing what ordinary people can do if they set out without preconceived notions.” – Ben Stein

It’s common to develop preconceived notions on a regular basis, and to let our own judgements cloud the truth. We formulate assumptions constantly, whether we notice it or not. Before we even experience or review information, most of us already have an opinion or an idea of what we think we’re going to get into or see.

We see this in our daily lives as we simply look at people and immediately form a bias surrounding our idea of what they will talk like, act like, handle stress, etc. before we even have a chance to meet with or talk to them. It causes problems in almost every area of life and for some jobs, it’s as serious as being dangerous to the wellbeing and safety of others.

Preconceived notions impact us in our approaches on a sociological level which then bleeds into our work, even in the financial world. We market to people based on what we think they want based on their age group/life stage, gender, geographical location, and so much more. We prepare for a big push or to make a large change when it’s possible that very few, if any, really wanted or needed it to begin with.

Data is meant to help you, not confirm assumptions

How often is it that we are proven wrong and convinced, once again, that hindsight is 20/20? When we expand our way of approaching each situation, we can use data and research to back up our claims and ideas. Data fallacies have come into play in my job as a data analyst far more often than not, causing credit unions and our CUSOs to rethink their strategies, myself included.

I’ve had department heads, CEOs, marketers, and more approach me with questions that required data analysis. Sometimes these weren’t questions so much as they were simple statements that turned into dozens of secondary questions because they were proved wrong.

In some of these instances, the integrity and accuracy of the data and its analysis were the first things in question, making me feel as though my work was being attacked and I had, in some way, strayed away from what we wanted. While I am human and am always the first to admit when I am incorrect, there are too many instances where I have been right, and the accusations resulted in a large amount of time spent re-researching and defending something that never needed to be scrutinized so heavily to begin with.

Don’t shoot the analyst! The data (and your analyst) aren’t trying to attack you and your ideas. They’re trying to help you be more informed and reshape your ideas to fit the world beyond your internal narrative. It can be hard to hear that we’re wrong, but it’s even harder to learn that our preconceived notions can negatively impact our work and our relationships with others.

A well-known example of this within the real world is Andrew Wakefield’s 1998 study attempting to link the MMR vaccine to autism. It has since been debunked countless times and officially discredited once it was proved that Wakefield ignored most of his data and manipulated what he did use. Frustrated scientists, endless arguments, and battles between parental decisions continue to ensue based off this controversial study, all because Wakefield couldn’t let go of his assumptions, and tried to force the data to fit them.

Learn from your analyst and your data

I’ll loop this back around to our CUSO world to bring this full circle. In the spring of 2019, I was tasked with focusing on studying ten credit unions’ phone calls in detail using a data set called “Phone Optics.” This non-transactional data set monitors not only every entrance into a tool called Phone Operator (used to assist members while on the phone with them), but also tracks every click staff make within this tool, showing the full journey of each phone interaction.

Going into the analyses, we had assumed that most members who contacted the credit union via phone were over the age of 70 years old, didn’t use any self-services, and had low balances. This turned out to be completely inaccurate for the credit unions we studied in 2019 and has continued to hold true for most (not all) credit unions’ data we’ve continued to study.

Instead of marketing based off assumptions, what about taking the time to review the numbers surrounding each individual outside of their account number, age, and credit score? What has past behavior shown this member to be interested in? What products do they have with the credit union today vs what they had in the past? What demographics do other members with these products/services share?

I’m not asking us to remove our humanity and emotions from all equations and approaches to the things we do in work and life. We don’t need to be mindless robots quoting statistics behind every single action we take. In fact, I’m asking us to do just the opposite: to allow each other to be more human and not allow our own judgements to stop us in our tracks. To open our minds and allow the data to speak to the reasons we should stop doing what we’ve always done and start trying something new.

Taking Action Is the Most Important Step of Utilizing Data

What the Heck is Optics Data?