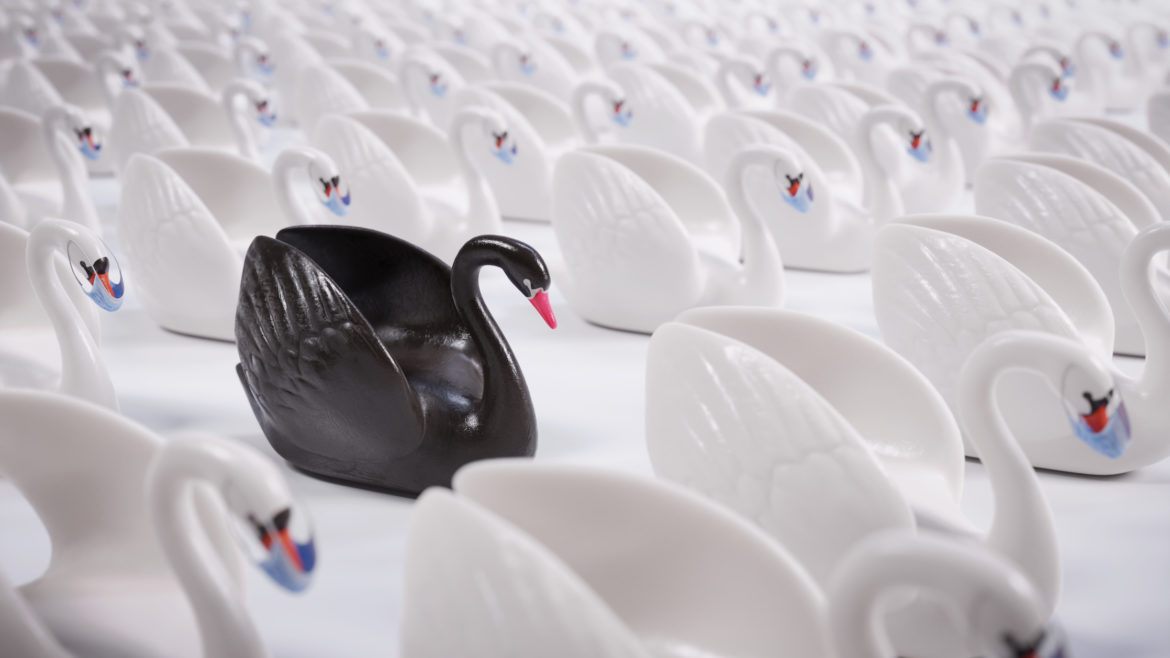 How to Manage a Black Swan Event

I have never heard the expression of a “black swan event” before this year, so of course I had to Google the meaning. A Black Swan Event refers to a highly improbable occurrence with three characteristics:

It is impossible to predict,
It carries a massive impact, and
Its shock value is stunning because people could never conceive of such an event.

This has become a popular phrase in light of the global pandemic we are all living through. However, when I read the definition I couldn’t help but think about the other black swan event that has been building for years, but no one really wants to talk about it or acknowledge it.

I am referring to the massive consolidation of credit unions through mergers (so many are unnecessary) and the fact that it is nearly impossible to start a new credit union today.

In fact, there has been only ONE new credit union chartered in 2020 and the mergers will be in the triple digits.

I’ve been reading Chip Filson’s Just a Member blog daily. Recently he has highlighted in great detail, with supporting facts and stunning observations, two credit union mergers that have become the “poster child” for the beginning of the end of the credit union movement.

In his blog titled “Is This Who We Are?“, Chip tells the story of Sperry Associates FCU merging with PenFed. In August, Chip wrote “Should a CEO’s Last Act be Merger?” This tells the story of another credit union merger that involved a retiring CEO with a proven record of success.

Mergers are going unchecked with a swipe of a pen. NCUA awards member equity to the highest bidder and management often walks away with the rest in the form of huge “bonuses.”

What has been stunning to me is the lack of comments on Chip’s blog. Are so many boards and management teams considering merger as an option or exit strategy that they don’t dare speak up?

Is the industry becoming that which we were supposed to reform?
Is it a failure of some aspect of co-op design that could end our option?

NACUSO is not going to sit back and watch as this trend continues. If credit unions disappear, CUSOs disappear. And the CUSO model is ideal for mitigating mergers that cite “economies of scale” and “expanded services” as their reason for exiting.

We are issuing a challenge to CUSOs and credit unions alike. Visit the CUSO Challenge to learn more and join the cause.

Is Cannabis the Next Golden Opportunity for Credit Unions?

The Key to Credit Unions’ Future: Trust Each Other