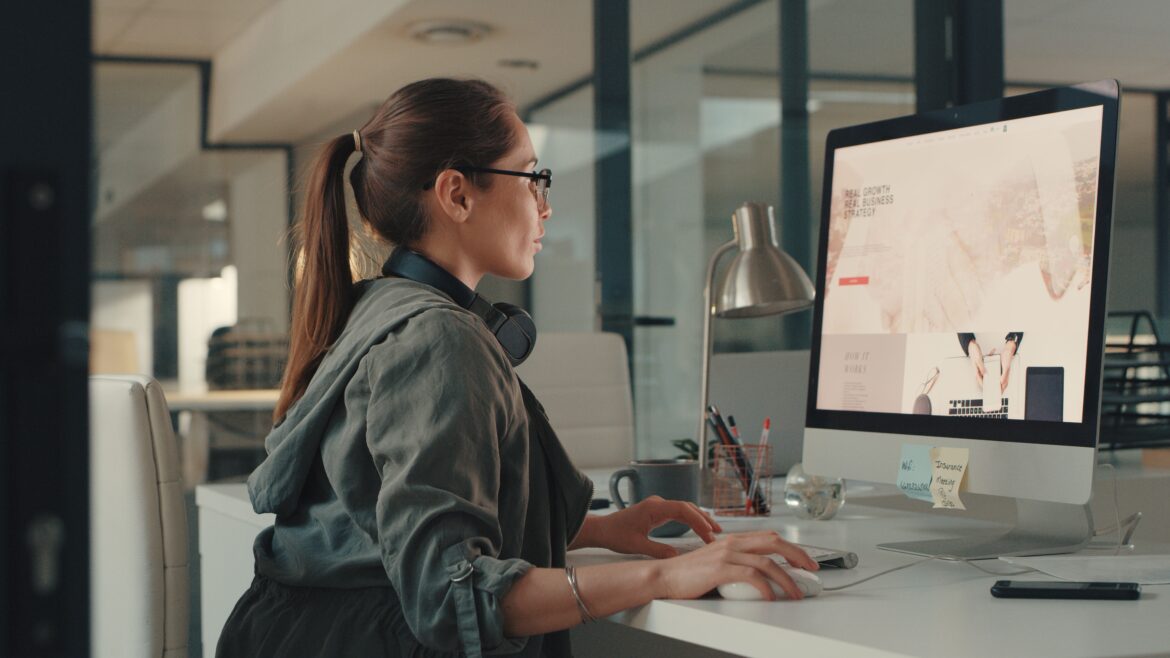 “Designing is not a profession but an attitude.”

Famed modernist Lazlo Moholy-Nagy wrote those words back in the 1940s. Born in 1895 Hungary, he dabbled in every seemingly unrelated medium he could get his hands on—graphic design, painting, drawing, photography, collage, sculpture, film, theater, and writing—applying a similar creative process to each. Described as “relentlessly experimental,” he rejected the idea that creation was the purview of a select few specialists within a medium. Instead, he advocated for a unifying type of thought that could transcend the subdivisions of roles, fields, circles, and cultures.

That adage, painted on the side of a building I pass every week, rings even truer today than when he wrote it. Anyone, regardless of their title, can think like a designer.

It’s a mindset that’s widely discussed among firms that make physical products, media, and software, but not as often put into a credit union context. For credit unions and CUSOs, it means that every leader, regardless of their role, should step into their members’ shoes, look at the whole picture from their perspective, and design the best possible experience for them.

Most organizations—credit unions and CUSOs included—will hire a graphic designer and then sprinkle their talents over existing work like table salt, while leaders leave the “creativity” to others. “Here’s the new product,” they’ll say. “Go ahead and make it look pretty!” And their designer will catch up on the email thread, furrow their brow, and open Adobe Illustrator.

There’s nothing wrong with entrusting an employee with tasks within their area of expertise. The problem in this example isn’t that the roles are clearly defined, it’s that by this point in the process the majority of creative decisions have already been made.

The new product in question already has a name, price point, official description, and defined relationship to all the other products the company offers. These might be excellent or they might be horrible, but either way, they’re largely set in stone before anyone with design experience or a UX background ever lays eyes on them. If there are structural design problems (such as confusing naming schemes, an inaccessible interactive flow, cannibalization of existing products, imprecise copywriting, etc.) they’re baked in, regardless of how talented your graphic designer is. At that point, they can either stick their neck out and call for changes or stay in line and slap a coat of paint over the flaws. Even the shiniest polish can’t cover structural cracks for long.

It might sound like I’m advocating for designers to hold higher ranks within an organization. I am! But my main point is that existing leaders should be trained to think like designers. If Moholy-Nagy is correct and design is an attitude, then anyone can learn to do it, whether or not they can tell Helvetica and Arial apart.

Upon taking a design approach, the differences in the above scenario (launching a new product) would be immediate. The typical process for new products is to start from scratch and focus entirely on the new product: thinking up a catchy name, putting together a snappy sales pitch, setting a price point, etc. But a leadership team thinking like designers would zoom out and look at things more holistically—the focus would be on slotting another tool into a member’s existing toolbelt, considering all the things the member already knows.

Few new products ever truly start from scratch, because plenty of aspects already exist: a branding system, a specific vocabulary set, the web pages on which customers make purchases, and so on. No offering is an island; the way people understand new things is by relating them to things they already know. A designer would evaluate these aspects upfront and use them as a foundation upon which to build. From there, the actual unknowns are a lot easier to define and solve.

Here are some example questions a designer would ask when launching a new product:

Built within a framework of asking, exploring, and answering, the process of designing new things becomes an approachable, procedural task. To some, “designing” might sound like bursts of creativity and inspiration, but more often than not, it’s a methodical process of asking questions and discovering answers that guide the formation of new things.

Did you notice how none of those questions mention aesthetics? Sometimes company leaders associate designers too closely with their most obvious contribution (visuals) but in the best projects, any discussion of visuals is relegated to the very end. When working within a brand, the majority of them already exist: the typefaces, colors, photography style, aesthetic tone, texture, and more have already been set up. There’s room for experimentation and development, but it should happen within the space provided by the brand and by the answers to the above questions. Don’t think of context as a cage—think of it as a sandbox.

A challenge, but a necessary one

I’ve relied on the example of “launching a new product” thus far, but this kind of shift in thinking could streamline nearly any scenario. Consider a design approach to the branding system of company departments, the process of running an ad campaign, the ways roles and teams are organized, the production workflow for a group of remote employees, and so on. Each scenario involves a foundation of context that should be considered, and each has users that deserve to be empathized with. Design isn’t just for making media; it’s for making anything that’s streamlined, simple to explain, and easy to take pride in.

It takes a lot of work to think like this. It’s more time and effort and thought. It doesn’t run on autopilot, and when deep questions can’t be answered quickly, it can feel like running on a treadmill. But involving everyone in the design process—the entire process, not just giving feedback at the end—is a necessary challenge if good things are to be made.

Remember, those questions will be asked eventually; if not by the people in charge, then by the people running the backend, the people making the sales, the people encountering and patching up errors down the line, and the members struggling to understand it. Design isn’t a profession, but an attitude. What kind of attitude does your credit union have?