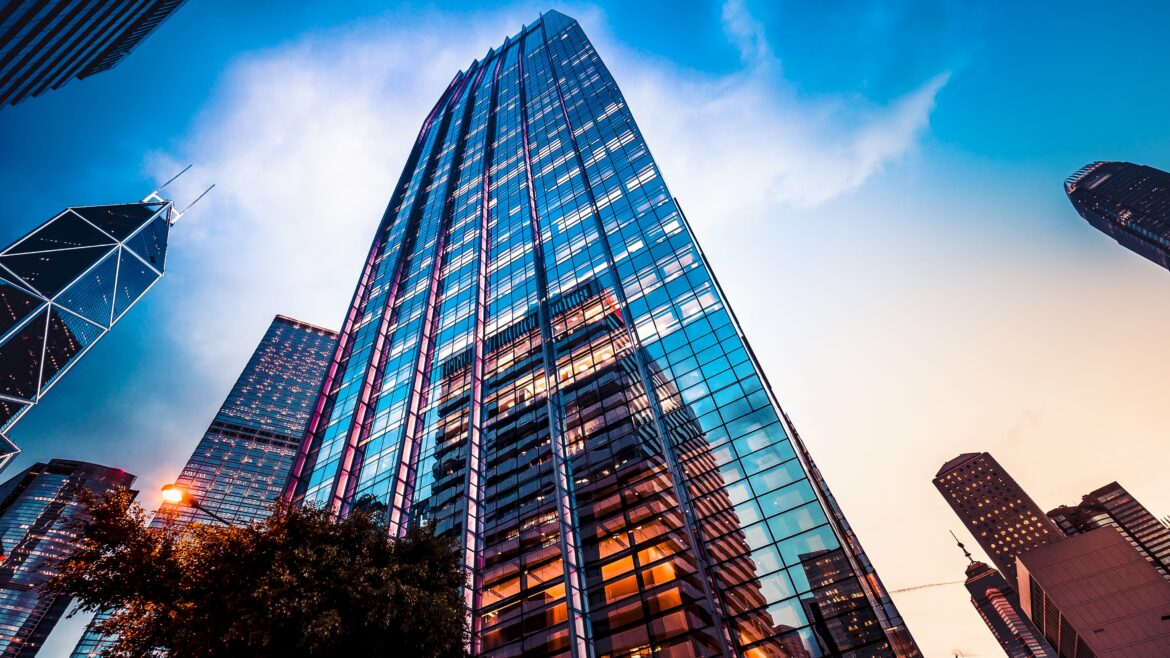 This in-market acquisition’s primary difference is Brainerd’s mutual ownership structure. Brainerd and Wings cannot legally enter into a merger agreement, so the transaction is structured as a branch sale of Brainerd’s sole office, with a purchase and assumption of assets and liabilities, a voluntary liquidation of Brainerd, followed by a distribution of any residual assets to Brainerd’s mutual depositors.

Completed early in June, both parties have kept details private. There have been no disclosures of valuation for assets and liabilities nor how the well-capitalized mutual’s reserves will be distributed. Secrecy creates a situation lacking accountability. How should depositors’ collective wealth be allocated to executives who facilitate the sale? For the directors of both institutions, what is their fiduciary responsibility for disclosures to their owners?

Converting mutual banking charters serving the general public into private sales with no disclosure is an unsettling precedent. Because CEO’s and boards manage common wealth, respect for the values of honesty, openness, and trust are vital factors of mutual and co-op design. How will Wing’s leaders inform their member-owners about this use of their reserves and the benefits they should expect?

2. Vystar’s purchase of HSBI is the largest bank acquisition by a credit union to date.

These mergers are the primary reason for the five-year growth shown below in Heritage bank’s assets:

When HSBI’s combination of three separate banks was announced in the fall of 2019, two CEO’s explanations were included in the newspaper story:

“The combination is expected to offer shareholders several benefits, including ownership in a larger, more diversified and scalable company that has increased capital flexibility and operational effectiveness and efficiency, as well as improved liquidity in their shares.

‘We look forward to continuing the customer-first cultures of each of our legacy organizations, while also providing our shareholders with a more marketable stock,’ said Brad Serff, the President for the legacy Providence Bank division.

‘There are advantages to the merger,’ Smith, CEO of The Heritage Bank said. ‘As a larger institution, we’ll have better resources, we’ll have more employees together obviously, and together we’ll just be stronger. We’ll have more effective buying power, we’ll gain efficiencies.’

Smith emphasized that on the client-side, Heritage Bank will be able to offer a wider array of products, and the internal changes happening will affect the consumer or client in a minor way, if at all. ‘Everybody worries about when banks do this,’ Smith said. ‘But we’re the oldest bank in the area, and everyone else has done this.’

‘From a client standpoint, it should not change anything as far as the products and services we offer,’ Smith continued. ‘In fact, the services could be enhanced. That is our intention. As far as what the client will see—the reality is, our branches are all staying the same, and the people are staying the same.’”

Now all those assurances except one would appear unfilled. HSBI stock certainly became more marketable, and fast.

Vystar is paying 1.80x tangible book value ($15.16 per share at 3/31/21) or $196 million for this bank combination that had yet to be fully implemented. The stock price jumped from $14.50 to $25 when the $27 share offer was announced. The market valuation prior to the announcement was only $105 million. This offer is a windfall for the new holding company’s shareholders.

The purchase price is approximately 22% of Vystar’s March 31, 2021, reserves. How will this transaction affect its net worth ratio now and in the future?

In addition to the financial issues are the challenges of an out-of-area purchase. HSBI’s headquarters in Jonesboro, GA, is 400 miles from Vystar’s headquarters. The credit union has no brand recognition, legacy, or existing networking advantages in these new markets.

The HSBI consolidation was less than 18 months along. Each bank had retained its local identity. Now another transition is needed for employees, customers, and the communities served. Small town banks, especially in commercial lending, are in the relationship business. Will those advantages continue? What benefits will Vystar bring to these markets which had just gone through an ownership change?

Yahoo Finance compares HSBI’s current stock price ($25 per share) to its earnings for the trailing 12 months. On March 31, this ratio for HSBI’s stock price is 177 times these trailing earnings, a stratospheric number.

Offering approximately two times book value for a company assembled a year and a half earlier with a limited performance record seems sudden. Vystar’s challenge will be to convert their substantial premium and three-bank unfinished combination into a competitive benefit for the credit union and its members.

The early June announcement of the credit union purchase of this Tampa-based bank caused the per-share price to jump from $4 to $6 in less than a week.  At the agreed price of $6.25 for the 15,483 shares, this equates to a total value of over 1.8 times the bank’s March 31 book value.

Pilot Bank focuses on commercial and industrial loans with a specialty in aircraft financing. This will bring Lake Michigan’s west coast Florida branches to 19 (plus 46 in Michigan). The credit union says this further expansion into Florida is motivated to serve members who visit there in winter.

This transaction raises a similar set of challenges as for Vystar when expanding outside a credit union’s long-time operational base. Tampa is 1,250 miles from Grand Rapids. Will the Florida customers and borrowers see the Lake Michigan brand as relevant to their local circumstances?

The price is 150% higher than the total market valuation before the announcement which makes the financial return especially important for this out-of-area investment. The total purchase price would be approximately 10% of Lake Michigan’s March 31, 2021, reserves.

On a credit union performance scale of 1-10, GreenState Credit Union would rank an 11.  Their numbers and service are almost without peers. This makes their announcement on May 25 to buy two banks simultaneously unusual given their extraordinary in-state record. One acquisition is in suburban Chicago and the second in Omaha.

Oxford Bank and Trust is headquartered in Oakbrook, Illinois, and has six branch locations in Addison, Naperville, Plainfield, and Westmont. The press release says Oxford has assets of $730 million, with $405 million in commercial and consumer loans, $635 million in deposits, and $71 million in capital. The two headquarters are 220 miles apart.

Premier Bank established in 2011 is a locally owned, community bank serving Omaha and the surrounding areas, as well as the Nebraska City community. The bank has three branches in Omaha and one branch in Nebraska City. On March 31, the bank reported $383 million in total assets with almost $40 million in capital. Loans are primarily commercial and real estate. GreenState’s head office is 246 miles from Omaha.

Both banks are privately owned so there are no public stock quotations. No financial details were released. However, the two institutions’ book value from FDIC reports is $111 million on March 31. Both are stable, high-performing, and supportive of the sale to a credit union with which they apparently have no prior experience.

Assuming a purchase price of 1.75 times book value for the banks (no numbers were announced), that would equal $195 million or 27% of the credit union’s March 31 reserves.

GreenState raised $20 million of subordinated debt in the 4th quarter to add to its reserves. Was this in anticipation of these purchases? Was this use in the supplemental capital application filed with the NCUA? If yes, that would seem to open a whole new purpose for supplemental capital.

These two out-of-area mergers raise the same questions as the previous out-of-state transactions. The GreenState brand is new in each market; both banks’ balance sheets focus on commercial and real estate, not consumer loans. Implementing two on-boardings, conversions, and integrations at once will require an intense operational focus for the next 12-18 months.

In early 2020 the NCUA proposed changes to its rule (part 708(a)) on bank combinations. The proposal, currently in limbo, received almost 40 responses.

The NAFCU’s comments on the proposal were supportive, stating that this is just the market at work, describing the bank’s decisions as “the best option available for consumers”:

“Combination transactions are voluntary, market-based transactions that must receive approval from both the NCUA and the Federal Deposit Insurance Corporation (FDIC) and as such, should not be subject to overly prescriptive regulatory requirements that could put these transactions as well as affected consumers at risk.

Bankers’ baseless attacks on the credit union industry regarding the sale of banks to credit unions have raised false alarms—these are voluntary, market-based transactions, wherein the banks’ board of directors are voting to sell to credit unions as the best option available for consumers.”

However actual events are more complicated than this defense. Each transaction above for which the sale price is known is a significant commitment of capital (10-22%) and a major operational undertaking. Unlike organic growth initiatives, these “opportunities” are brought to credit unions by consultants or brokers reaching out for ready buyers. The serendipity nature of these offers should remind that they may or may not readily match a credit union’s market vision or operational readiness.

The examples where a sale price is disclosed suggest that bank owners have mastered the art of buying low and selling high. This raises a question: why would these shareholders sell for cash if they believed their bank had this inherent future potential?

A former credit union CEO commented on these events, noting, “Credit unions enter negotiations with the idea of buying market share and bragging rights.  Who brags about buying a trophy?  Banks arrive at the table with one thing in mind—ROI.”

What alternatives for organic growth are being pushed down credit unions’ to-do lists? Are GreenState’s in-state opportunities and appeal so saturated that venturing into suburban Chicago and Omaha are better options for members?

Each credit union has previous purchase transactions. What were their customer retention outcomes?  How long was the payback on these investments? In what way did these experiences benefit current members? Others who have evaluated these opportunities claim that they come down to a simple buy-versus-build financial calculus when considering a new market:

“When I calculated the cost and effort to build my way into a new market with high barriers to entry, I proved to myself that the costs associated with acquiring a turn-key, profitable book of business was in the ballpark.”

An unsettling lack of transparency

What is common to all five purchases is the lack of information to evaluate the transactions on impartial, objective criteria with market comparisons.

Relevant details are not disclosed before the deals are closed—as occurs in most bank-to-bank purchases. Such public scrutiny can dampen excesses that may occur when core facts are not disclosed. This secrecy also prevents the credit union system from learning from these examples. The expertise relied upon now is at best conflicted as their compensation primarily comes when closing the deal.

These purchases have significant consequences for members, their credit union, the customers acquired, and the employees and communities where the banks are operating. The credit union’s value proposition should be in writing and available to all affected parties.

Because co-ops manage “common wealth,” transparency is a critical leadership competency. Without relevant information, confidence in these transactions is difficult to support. Sooner or later, this lack of openness could lead to disappointing outcomes—but the sellers will have already taken their money to the bank, so to speak.

Should We Conduct Collections Through Text and Email?