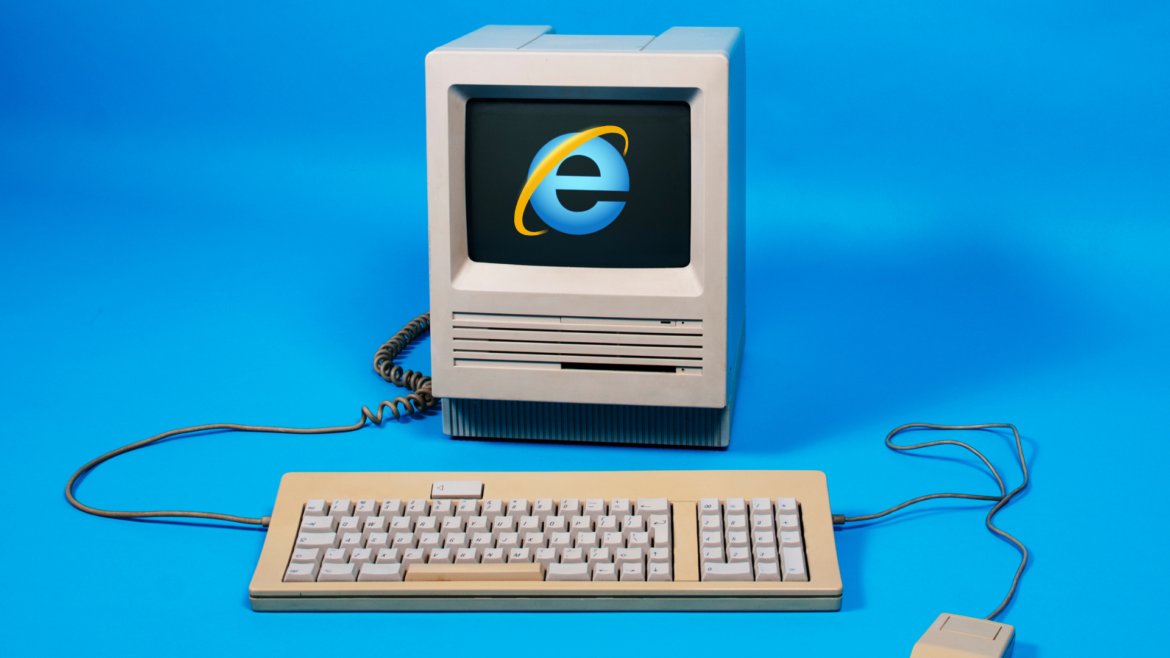 After more than 25 years, Microsoft announced that the Internet Explorer desktop browser will hit its end of life for support June 2022. The browser will still be available, but there will be no security patches released from then on. Due to this, even Microsoft is asking users to switch to Microsoft Edge or another modern browser such as Google or Firefox and is taking steps to push them in the direction of Edge.

The most important reason for this switch is the lack of security updates. Hackers are always finding new ways to steal information or plant viruses via browsers, so constant security updates for browsers are a necessity when using the internet. However, since Internet Explorer has hit its end of life, it is no longer a viable option as a browser and current users are putting themselves at risk. Stolen debit card information, compromised social security numbers, viruses such as malware and trojans are all are possible with a lack of security. It is highly recommended that users of Internet Explorer switch to a safer browser immediately. The user should then delete Internet Explorer entirely to fully protect their computer.

Think about a member logging in to a secure website. While the actual login is secure, browsers can use cookies and autofill—which can save your login information if the settings are enabled. If the member uses Internet Explorer to log in, they put themselves at risk of having their credentials cached and hacked, and then someone else has access to their bank account information. From there, anything can happen. The same goes for the other end—if a credit union employee is using Internet Explorer, they put themselves at risk of a virus which could potentially infect the entire credit union network, and may cause them to shut down or have to clean up any malicious files that were spread out.

Due to the age of Internet Explorer and its lack of updates, certain features and designs of websites may not render properly and may cause the site to either lose functionality or disorganize the layout of the page. This will not happen everywhere, but modern websites will more likely be affected than an older, static website.

The user interface for Internet Explorer is also outdated. Internet Explorer 11 launched in 2013 and has been widely used ever since. However, eight years later, it now lags behind when compared to modern browsers. It can no longer match the speed of Chrome and FireFox, and extensions have never been made available in Internet Explorer, which is a massive feature for users of other browsers.

Users of IE may fight back, stating that their legacy programs at their place of business cannot function on modern browsers and they require Internet Explorer to do their bidding. Well, Microsoft has good news for these people. They have implemented an IE Mode into the business version of Microsoft Edge. Users will still be able to run older programs that required Internet Explorer, leaving no reason to hold on to the dangerous browser any longer.

Between the security risks and general aesthetics of Internet Explorer, it’s easy to see that dropping the browser as soon as possible is the safest and least stressful solution. Credit unions should make the switch right away and suggest to their members that they do the same for the reasons outlined above. Consider sending out an email notice, urging members to say goodbye to Internet Explorer and highlighting the risks of using an outdated browser. Keep a small sign in the lobby for members who come into the branch—especially those members who might prefer the browser or who are unaware of the alternatives.

Internet Explorer served us wonderfully for 25 years, but now the browser is retiring to greener pastures. Feel free to fondly remember the great times you had with it, but ultimately, say goodbye—it’s time to let it go.

Counseling Members When Identity is Compromised

Beware of Ideas That Are Not Your Business