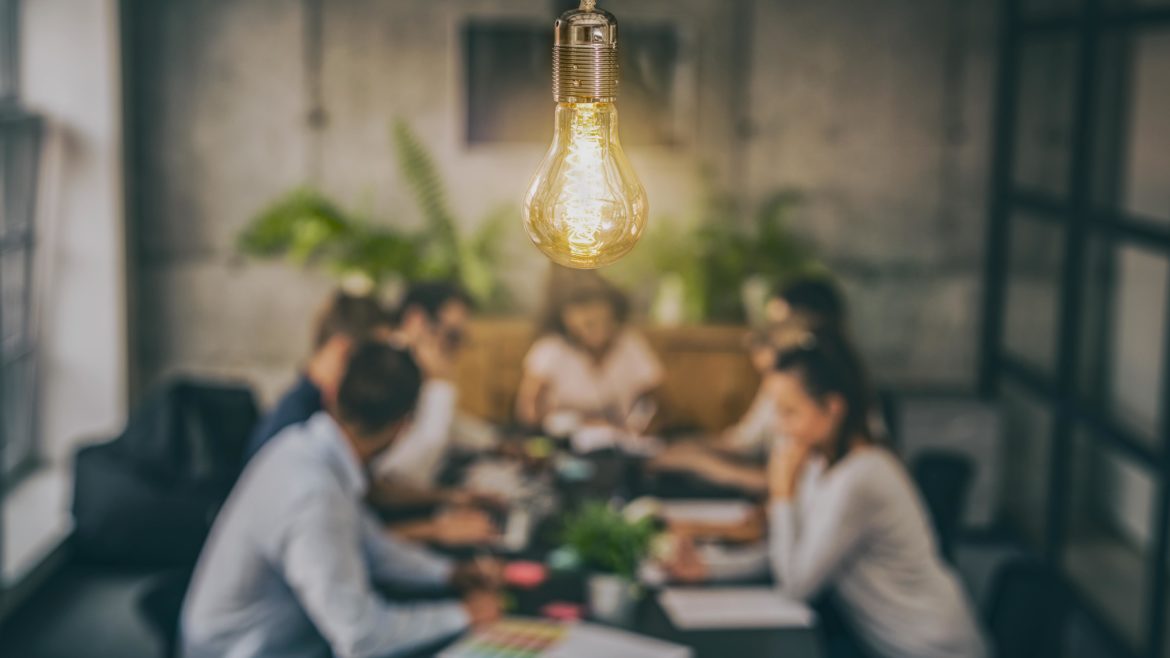 Beware of Ideas That Are Not Your Business

Okay, that headline may be a bit misleading. This is more of an article about doing things that are not good for your business. Sometimes ideas for a new process, product, marketing promotion, etc. can be detrimental to your business. If these ideas are not a part of your core business, there’s the potential for them to drag you sideways, perhaps even backwards. Sometimes that can have a tragic ending for your business.

About a year ago, I took on a new role as a manager helping business developers bring products to market that our credit union client owners need and want, so that they in turn can provide valuable services and products to their members. I quickly learned that the group I was managing had no shortage of ideas for new products and ways to earn from them, though unfortunately, many of those ideas weren’t grounded on sound business thinking. Let me explain.

An idea for a product is just that, an idea. And while you need ideas and that entrepreneurial spirit to bring valuable products to market, it’s important to take those ideas and run them past a measuring stick first. You need to make sure what you’re looking at is more than just a neat idea and is truly a good business idea that should go to the next level. The first thing I always ask is, “What is the need or problem this idea solves?” If there is no need or problem, what purpose does the idea serve? In other words, just because you can doesn’t mean you should.

Find the business in the idea

I’ll give you an example. Not too long ago, I was working with a credit union that wanted to put a kiosk solution in their lobby so their members could self-service transactions instead of going to a teller. It was a very contemporary, sleek-looking solution that they were sure would awe their members when they saw that piece of sublime technology. Yet, when pressed, they couldn’t articulate how many members they expected would use it instead of simply walking over to a teller or for what types of transactions they would use it. Furthermore, they had no idea how high maintenance these machines were, what the ROI to the credit union would be, and so on. Cool technology for the sake of cool technology—or so it would seem. Perhaps the business case truly was there and maybe their gut told them so, but there wasn’t enough homework to vet it all out. “Gut feelings” rarely get by a CEO or board that’s worth their salt.

As an example of that, I was recently part of a meeting in which a manager was trying to convince his CEO that he shouldn’t cut his losses on a project and just write it off. The CEO didn’t want to write the project off, but he was looking for something, anything in the project that he could point to as valuable, needed, or effectively being used so he could keep it on the books. The manager was trying to justify the project by saying, “I think it could be valuable but needs more work,” and so on. The CEO responded, “What do I have to sell? Where’s the product in all this? Why would our clients buy this if what we have works?”

This left the manager frustrated that the CEO couldn’t see his vision, but what he failed to understand was that the CEO did understand his vision, but this wasn’t a solution to a specific problem with deadlines for delivery, a market, a price, or a tangible benefit to the organization and the client (value proposition) that was stated and would motivate the client to buy for a purpose. In other words, there was no business in it all.

Regarding thinking about the business in your decisions, this also applies to being first to market. I would caution against bleeding edge technology products and ideas that have a high “cool” factor. They may address a need but may not be thoroughly tested or reviewed yet, which can lead to members struggling or a lack of adoption. I would encourage a second to market approach. It’s very expensive to be first; can you afford that in both dollars and reputation? Learn from the early adopters and perhaps even improve on what they did with fewer risks and costs. You won’t be left behind if you’re not first, but you will be if you go broke trying to be first. Understand, I’m not trying to discourage innovation, but be realistic and always come back to the business of it all.

Remember too, business ideas aren’t always about new products or technology. Sometimes they’re an idea for a marketing promotion and you’re giving money away as an investment to earn elsewhere or buy goodwill so you can earn in the future. Maybe the idea is to change a process. “What if we adopted an online solution for X”? The same thinking goes. Define the problem it solves, the dollars and cents of it, and define how you’ll measure success. Then get started and prove your case. Is the idea, right? Is perhaps a part of it right but needs modification? Is the timing, right? You can learn a lot from what doesn’t work.

Remember, it’s about the members

I’ll leave you with this thought: not every idea needs to turn a profit directly—though most should or you’ll be out of business. Some however may be investments in research, some may be marketing promotions as stated above, some can be differentiators or disruptors that help you earn in the big picture, and some will earn goodwill so you can keep earning. The key is knowing which is which, why you’re doing what you’re doing, and understanding whose need or problem you’re trying to solve, yours or your members. That level of awareness will ultimately benefit your members.