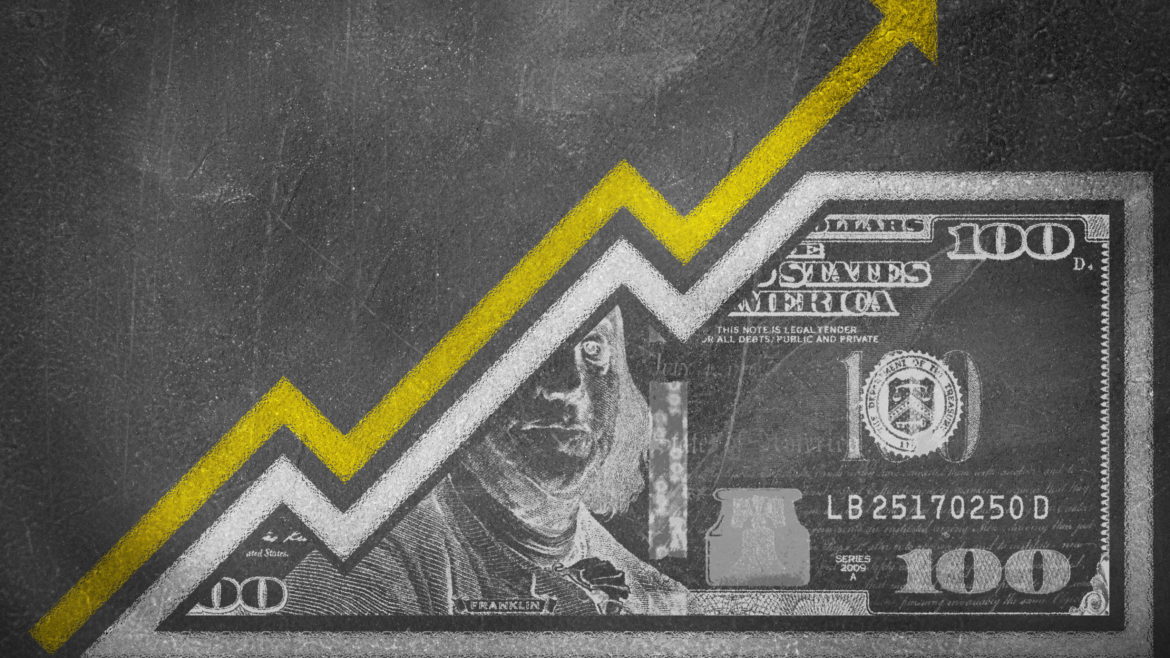 Much professional and political debate is occurring as to whether the real economy’s outlook, measured by GDP, and stock market values are aligned.

One source of uncertainty is whether the increase of fiscal spending will lead to greater inflation (more money chasing fewer goods) or just a temporary adjustment before returning to some steady equilibrium. That is, a “normal” of both GDP growth (3%) and of inflation, around 2-3%.

Some facts to throw into the confusion.

The current price earnings ratio of the S&P 500 index stands at 40 times or so. This is up from a same index’s P/E ratio of 23x one year ago. Historically the ratio hovers in the mid to high teens over an extended economic cycle.

Tesla was priced last week at a P/E ratio of 204 times. Over the past twelve months of trailing earnings, its P/E of 128x is eight times the domestic auto industry’s similar trailing P/E of 16.5x.

The business pages are full of daily stories of meme stocks such as AMC or GME where pricing bears no relationship to actual performance. Irrational exuberance? Retail investors with too much time and surplus cash on hand? Historically low interest rates pushing up the value of assets such as homes and used cars? Bitcoin and other cryptocurrencies–the wave of the future for protecting wealth or just a giant Ponzi scheme where another buyer proves the greater fool theory of investing? Until there are no fools left!

How should credit unions respond?

Some members, those with retirement, savings or other assets in stocks and real estate are probably feeling confident about their financial situation. Especially if they just refinanced at lower rates.

Those without these assets, or just holding savings accounts earning .10-.50 basis points are undoubtedly less sanguine about their situation. Living on fixed incomes with prices rising on everything can raise anxiety about being left behind.

No one knows the future. Most forecasts are based on past data and current assumptions about the environment. But learning from these past forecasts might just help us navigate current uncertainties.

In 1978 the economy was experiencing dramatic rises in short term rates and inflation was a constant source of governmental attention. In that year the money market mutual funds began to attract consumer deposits from all financial intermediaries whose rates were fixed by government regulation: generally 5% for banks and 4% for S&L’s on passbook accounts. No interest was paid on checking–prohibited by regulation. No depository money market accounts permitted. All CD rates and terms were similarly government controlled. Federal credit union rates were capped at 7%. Share drafts were us just barely introduced although all Rhode Island state charters offered NOW accounts and paid interest on them.

Illinois chartered credit unions operated with a 12% loan usury ceiling in place since the first act was passed in the 1920s. The Department issued updated guidelines for certificate accounts trying to help credit unions remain competitive if they had sufficient earnings. I can remember, as Credit Union Supervisor, offering Ed Callahan, the Director of DFI, my considered opinion that rates would never rise above 12%. They had never done so in the past. That loan ceiling reflected the collective judgments of generations of lawmakers and policy analysts that gave the number an aura of human observational certainty like the law of gravity. What could be closer to a natural law than paying simple interest on loans at 1% per month?

Ed didn’t argue with my facts or logic. He only replied: “Don’t ever say never.” Meaning that when someone asserts something cannot change, be careful. One year later his comment was proven true, and the economy and all financial institutions started responding to Treasury yields that would eventually soar to the mid-teens and 30-year mortgages became unavailable at any rate.

Consumers transferred billions from deposits to money market mutual funds which could pay these higher rates. This disintermediation was the ultimate straw triggering complete deregulation of the depository institution industry.

Credit unions transitioned this financial earthquake by continuing one critical strategy: serve the member well and good results will follow. A credit union advantage is being partially shielded from the everyday pressures of the market and the power of stock price on performance and management behavior.

Some data today suggests that certain parts of the economy are overpriced. Others believe there are still bargains to be had and don’t want to miss out on the action. It can be an entertaining game to watch, but not one credit unions are supposed to play. Fortune tellers can only make a living if someone believes in their crystal ball.

Resist the allure of future predictions and focus on getting ever better for members in the present.