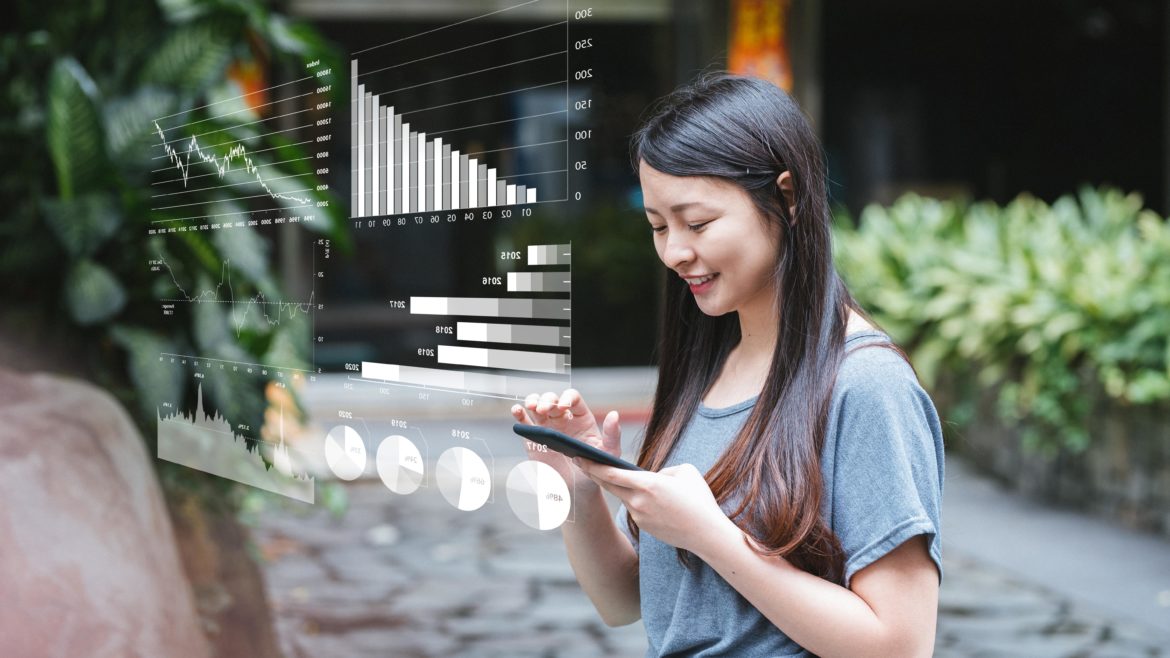 Recently, I attended a THINK event titled, “Rethink your service model: exceeding expectations at every moment.” The goal of the event was to discuss rising FinTech companies, their success, and how credit unions can learn from them to better serve their members and meet their experience and technology expectations.

The attendees—composed of credit union CEOs and employees—were asked what the number one thing their members were asking for in the last year and beyond. Overwhelmingly the answer was “better access to more digital and touchless payment options.” And when asked what type of features were most sought after by their members, there was again a clear majority with most saying, “self-service technology and tools.”

The responses from credit union employees and the purpose of the event overall made it clear that credit unions understand that digital is at the front of what their members want and need. They want convenience, ease of use, and self-service wrapped together in one neat bundle. This is something credit unions are actively working on, however, the growth of FinTech companies who already have all of this (and seemingly more) has made credit unions nervous about the possible competition and rise in consumer standards.

FinTech: a passing phase or a new competitor?

As credit unions, we think that since we have the decades of history, we have the members’ trust, and we have the cooperative model, that means we’re doing it right—and maybe we are with respect to our missions and goals—but that doesn’t mean there’s nothing to improve on. There can be no debate that FinTechs have found a successful business model and there are valuable lessons and strategies to be learned from them, because clearly (as represented by their growth and consumer trust) they’re doing something right as well.

It’s also important to note that in terms of interaction, the member is passively using the credit union but actively using FinTechs. With the credit union model, members are leaving their money in credit union accounts, checking their balance now and again with credit union apps, and perhaps they get an email from them now and again, but there is no active, daily engagement. However, the model FinTechs offer is tapped into the daily and digital financial world of their customers, which encourages more active engagement and leads to them feeling empowered and in control of their finances.

In fact, in 2018, only 6% of consumers named a FinTech company as their primary financial relationship. However, according to a study commissioned by CO-OP Financial Services and conducted by EY, in 2020, that number rose to 30% (40% for those under 40 years old) and 25% of people named PayPal as their most trusted financial brand. Those numbers are only expected to climb in the coming years as digital and self service become more and more demanded. Especially in the wake of the pandemic—where FinTech companies saw growth of up to 50% to 100%—consumers are used to having these new technologies, and won’t be going back to old models and services. It’s the perfect time for them to be trying something new.

It’s also important to look at what is being offered to the modern consumer and how. During the THINK event, a number of FinTech ads were showcased for attendees to study, followed by a credit union ad. This was meant to help credit unions understand how they can better advertise themselves and show off their products.

The FinTech ads were well done and all had a number of things in common, which were pointed out as potential selling points:

I was attending the event to learn and take notes, but by the end of the commercials, I was genuinely interested in what these companies were offering. I found myself doing more research on a couple that had sparked my interest. Sure, from an industry perspective I was curious, but as a user, I had been successfully got. They looked fun, they looked innovative, and I was intrigued by the promise of financial empowerment. Ten minutes later, I had a few of them installed on my phone. And later that day, unintentionally, I found myself discussing them with my friends. Whatever they were doing, it was working.

But what had pulled me in? I found their ease of use appealing, and the way they would (supposedly) seamlessly pull together my finances and help me take control of them. As someone working on her savings, Acorns was offering to take spare change from my purchases and automatically save them for me. Not only is that new and interesting, but it’s easy, and doesn’t require any work from me when they do. And to add on, the app works on educating users to become financially literate so they can further understand and take power over their finances. And at the end of the day, if it doesn’t work? I delete it and move on, no mess.

Now let’s discuss the credit union advertisement we were shown. It was well made, positive, and overall sent a great message about credit unions, but left my millennial, consumer self wanting. The features they highlighted—person to person payments, rewards points for spending with their cards, and security controls on the mobile app—were essential, and demanded by any modern user, but they were nothing new. They left me thinking, “okay, and…?” I’ve had all of those features and more for years. They aren’t exciting anymore, they aren’t game changing, they are the minimum most members will expect.

Furthermore, some of the features didn’t even reach the ease and convenience of other financial institutions. As an example, I lost my debit card on a trip recently and after looking everywhere and panicking, I logged into my mobile app to see what I could do about it. Within a minute or two, I reported the card lost and had put in a request for a new one. No calls, visits, or hassle. However, the credit union in the ad was still advertising that if you lost your card, sure you could turn it off on the app, but you’d have to call or come in to the credit union to dispute claims or get a new card issued. A step back from what I—and potentially anyone else watching this ad—was used to.

Let’s look at how well credit unions met the five selling points FinTechs had in their advertisements:

From a consumer perspective, there was a clear divide in what I was being offered. Innovative and exciting products versus products and features that are simply basic, understood essentials at this point. At no point did I feel like I was truly being sold something new or unique to the credit union. As a consumer, I had to give FinTechs the win.

So what can credit unions do?

Here’s the thing, we tend to spend a lot of time complaining about why younger generations are the way they are and why we don’t like it. It’s annoying that they don’t want to use branches, or meet with their tellers face-to-face all the time, or that they want 24/7 services at their convenience and they want them now. I’ve heard people say it’s unfair and unrealistic, that credit unions are subjected to regulations, compliance issues, and audits that FinTechs are not, etc.

While that may be a reasonable argument, it doesn’t change that that’s the way it is. You’re not going to change the mindsets of entire generations and convince them to let go of the convenience and technology they are accustomed to, and you’re never going to get a potential member to turn away from an exciting and trustworthy new FinTech with a fun app that makes them interested in taking control of their finances because you’ve sat them down and explained that you have to follow more regulations than the apps do. The truth is, they don’t care. If you can’t provide those services, they’ll go to someone who will.

So it’s time to stop grumbling and start learning and evolving. FinTechs are not going away anytime soon. Their service model works for a lot of people, especially younger financial consumers. They are trying to use their positions to defragment the financial landscape for their customers and become a one-stop shop for all their banking needs. Credit unions need to be trying the same thing. If credit unions start looking at the credit union service model through the FinTech lens, we can learn how to better connect with modern financial consumers.

Your members know you, they trust you, and they want to keep working with you. But that needs to be met with an understanding of not just their financial needs but their wants as well, and the willingness to create an exciting and engaging digital experience. So what are you doing about it? How are you staying on top of digital advancements and working to provide for your members? Or are you still hoping they’re going to come back to regular branch visits and write you a check?

So are FinTech companies competition or a learning experience? Maybe the answer is both. FinTechs can be tools for learning, and there are a number of things credit unions can use as an example to improve on. However, they’re also competition. Don’t assume your members will stay with you forever if FinTechs offer a better experience.

But as we know, credit unions have a number of things they don’t. We have the history, we have the years of loyalty and trust, and we have the cooperative model. But we can’t rely on those solely to keep members and keep us growing, we have to evolve with the times as well and offer new, exciting, and competitive products and technology.

NCUA Leadership Is In A Rut Part I