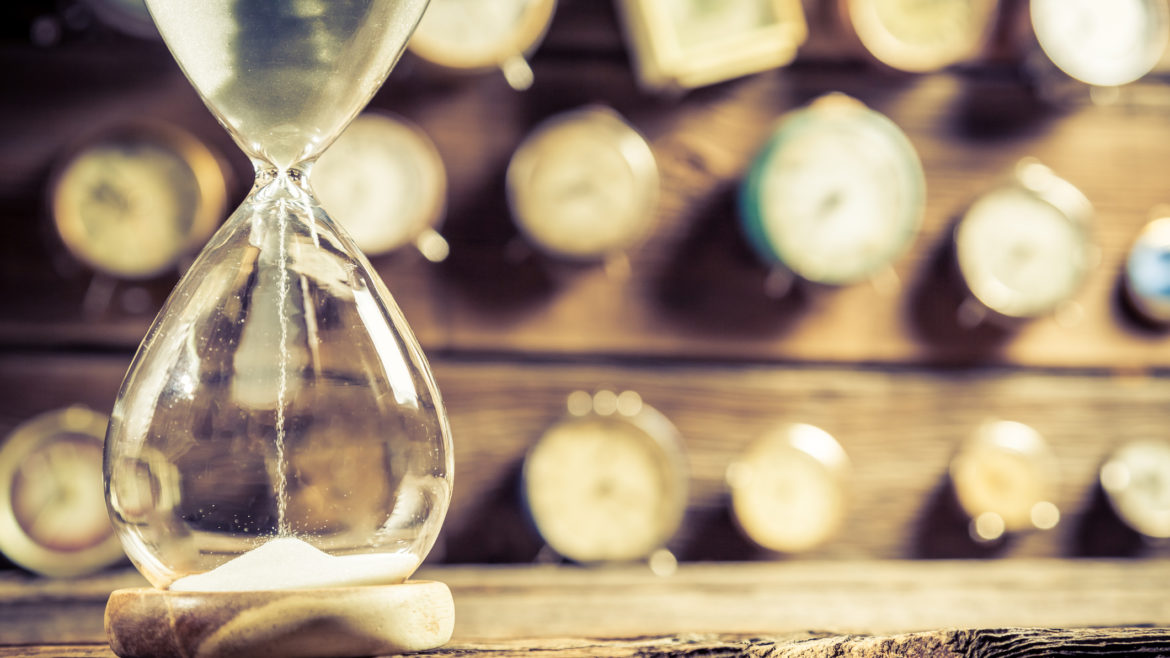 It is hard not to feel rushed in the Christmas season. The December countdown of shopping days left reinforces a sense of urgency. And the year-end looming a week later, brings a set of new goals with deadlines.

Yet the cooperative model rewards the human and organizational virtue of patience. This is a characteristic often found wanting. For the instinct when confronted with problems or deadlines is to “rush to assurance.”

If there are difficulties with a product, market, or business strategy, firms are incentivized to sell out and move on. The market wants performance now or a firm promise down the road.

Every competitive firm will have cycles of success and shortcomings. The advantage of credit unions should be time to adjust, re-assess and implement options to regain momentum.

Secondly, there is the time value of earning assets. Credit unions have no source of external capital except their insurance pool. As problems mature, more perspective is gained and more paths forward can be identified. Most importantly, the loans and investments continue to generate income.

The “rush to assurance” versus managing with the cooperative strength of patience is seen in the justification for many mergers. Expanded service or lack of succession are often cited as reasons for giving up a charter that will have served generations of members.

To facilitate the merger, senior managers negotiate immediate compensation above what they would normally earn by accelerating or increasing retirement plans; actions defended as “retention incentives.” All the legacy of member good will, community involvement and local leadership is washed away. Immediate but unspecified benefits are promised to members if they will just vote to give up their accumulated common wealth as recommended by their elected board.

The effort to get to the future faster so senior executives gain more income, coupled with the loss of generations of member and community relationships, will only lead to the demise of the cooperative difference. Credit unions are launched on a belief in relationships (a bond), but are sustained by relationships confirming belief in the special value of cooperative design.

A second example is the approach to problem resolution. The discovery of a $40 million loss in the C.B.S. Employees FCU or the $110 million dollar write down in Municipal Credit Union in New York are real challenges. NCUA’s approach since the 2008 crisis is to just pay the bill and move on. The result is that problems are not resolved but buried with piles of members’ money. The regulatory circumstances that allowed these situations to go unchecked for years or decades are never addressed.

In both normal commerce as well as crisis, progress is achieved by solving problems. Mergers, initiated by tired leaders or in self-interest, are undermining the appeal of the self-help cooperative option. Liquidating problems versus developing work out strategies hurts the people credit unions were intended to help the most: the borrowers.

When NCUA liquidated the taxi medallions, they threw the borrowers to the mercies of the market, while spending over $1 billion in cash to pay off savings and borrowings. The members who actually built the credit union with their loans end up with no options. If cooperatives cannot or will not help members when fortunes turn against them, who will?

Good things do take time. This is a season remembered not merely for a deluge of buying and giving, but also for renewal of purpose and meaning. Fundamental to those latter outcomes is patience. That is the virtue we should value and practice. Especially when leaders urge members to surrender, not pay forward, their cooperative charter whose roots date to the middle of the last century.