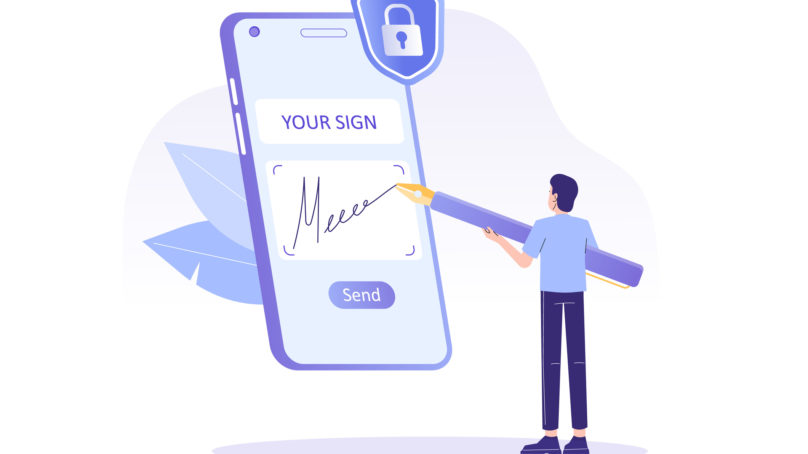 Earlier this year, on July 2nd, three Senators—John Thune (R-S.D.), Jerry Moran (R-Kan) and Todd Young (R-Ind.)—introduced Senate Bill S.4159 the “E-SIGN Modernization Act of 2020.” More recently, on September 16, it was “reported with an amendment in the nature of a substitute favorably.” A fancy way of saying that the Committee on Commerce, Science, and Transportation has advanced the legislation on to the next step.

The crux of this bill says that electronic documents can be used instead of paper if the consumer’s consent is obtained and disclosures are provided. The major change over the original 20-year-old E-SIGN Act is that in the original act consumers had to go beyond consent and reasonably demonstrate they had the ability to access the electronic documents. The senators felt that with the considerable advancements in technology over the past two decades, such as smartphones and other electronic devices providing greater access, this demonstration requirement was no longer required.

Also gone is the requirement to obtain new consents if software or hardware requirements changed to access electronic documents. Rather, the credit union could just disclose the updated requirements. The consumer then has the right to withdraw consent without penalty. With the support the Bill is receiving from various financial industries, it should be interesting to see if this bill gets further traction. Time will tell.