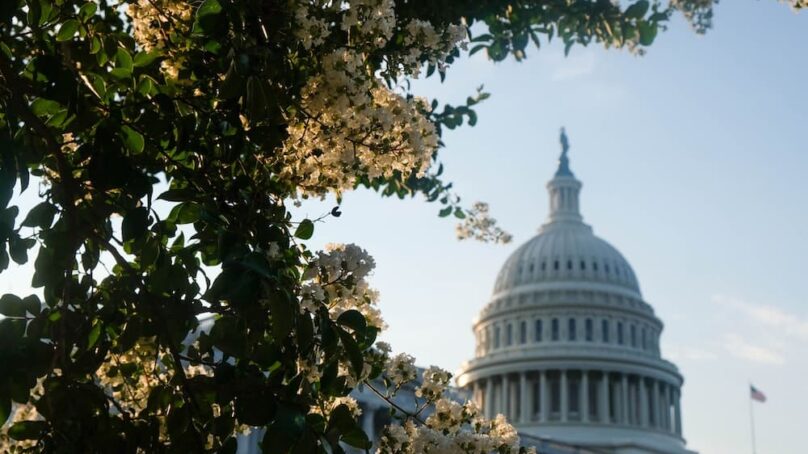 It’s August. And that means the National Flood Insurance Program (NFIP) is about to expire.

Congress has been unable to pass a long-term reauthorization of the program for years. And so, every year—usually in some appropriations measure—Congress reauthorizes the program until the end of the next fiscal year.

“Congress has repeatedly reauthorized the program on a short-term basis—21 times to be exact—that’s no way to run a railroad,” Senate Banking Committee ranking Republican Patrick Toomey of Pennsylvania said in June, as the committee opened yet another hearing on the NFIP.

“It is no secret that NFIP reauthorization has proven to be a challenge,” Senate Banking Committee Chairman Sen. Sherrod Brown, D-Ohio, added at the same hearing. “It’s a complex program, with multiple goals, with implications for many of the things people care about most—their homes and their communities.”

Background on the issue

Members of Congress have been making similar comments for years. But the task has proven to be daunting, with political as well as regional differences blocking any effort to pass a long-term bill.

The NFIP was largely self-supporting until 2005, when it incurred losses as a result of Hurricanes Katrina, Rita, and Wilma. Things got worse following Superstorm Sandy in 2012 and Hurricanes Harvey, Irma, and Maria in 2017.

As a result, the program currently carries a debt of $20.5 billion.

Policyholders pay off that debt through premiums and fees, and the program must pay millions of dollars in interest payments to the Treasury Department.

“The short-term extensions are disruptive and cause existing and potential policyholders to lose confidence in the NFIP,” he stated. “To maintain this vital program and to rebuild and retain the trust of millions of Americans who rely on the NFIP, the Administration believes that a 10-year reauthorization, with comprehensive program reforms, is an imperative.”

Again, policymakers have been saying that for years.

Maurstad said that any legislative fix should address affordability—making it easier for homeowners to afford flood insurance, and that low- and moderate-income homeowners should be offered a graduated risk premium discount.

He added that an objective threshold should be developed for the “most egregiously flood-prone structures,” in an effort to discourage rebuilding in areas with a history of flooding.

He also called for the $20.5 billion debt the NFIP carries to the U.S. Treasury to be cancelled.

In a letter to the Banking Committee, CUNA President/CEO Jim Nussle said the administration and Congress should focus on solutions that ensure the cost of flood insurance premiums are rooted in the actual risk of flooding on the property. He added that premiums should be reduced based on the implementation of mitigation steps.

Nussle also said that policymakers should be cautious in adopting means-testing to set premiums.

“Means-based discount programs on flood insurance should be carefully designed to avoid creating perverse incentives for further concentration of low-income and affordable housing in flood-prone areas,” he stated. “Less expensive housing is often older, located in flood zones where property itself is less expensive, and built with substandard materials that cannot withstand extreme weather.”

NAFCU also has called for a long-term reauthorization of the NFIP—with a bow toward the political realities.

“With the NFIP in danger of lapsing at the end of September, it is critical that Congress enact an extension of the program in time to ensure that the NFIP is not disrupted,” NAFCU Vice President of Legislative Affairs Brad Thaler, wrote in a letter to the Banking Committee.

Are You Leveraging the Advantages of a Credit Union Controlled P2P? Hot