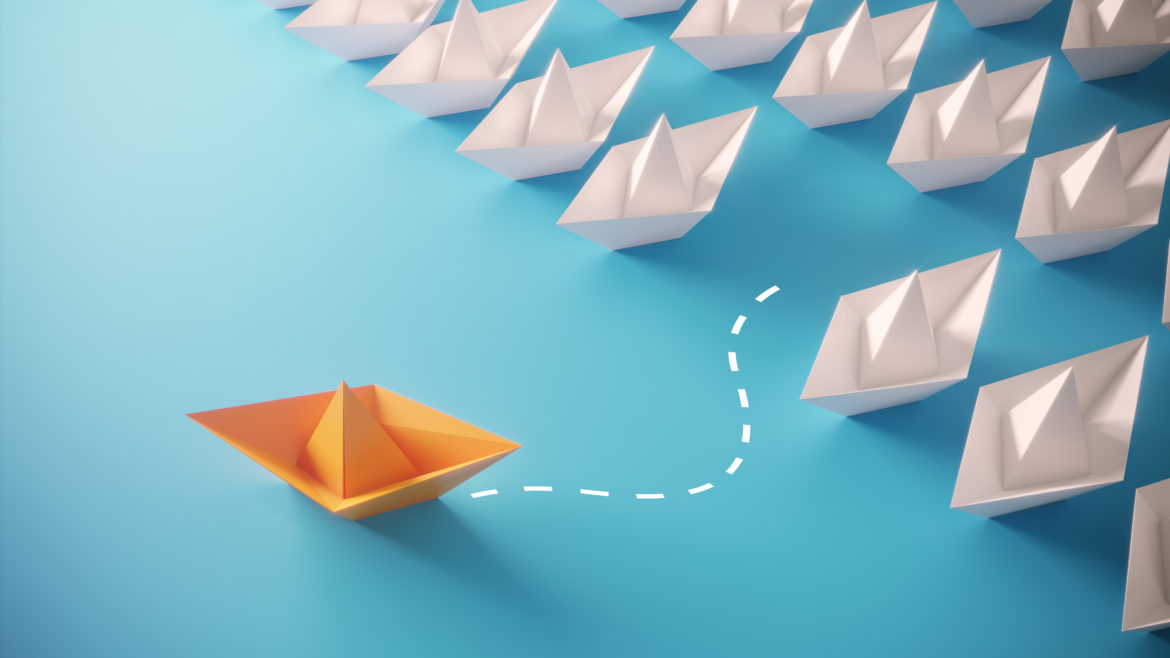 Following up on our previous article, which touched upon that extra quality that defines leadership, we’re going to be moving onto a broader topic. We’ll be hearing from our executives as they answer the question, “What is your definition of leadership from a CU*Answers perspective?” As you read each quote, think about how this defines or redefines your thoughts of what makes for a good leader. Do you see these traits in you and your leaders? Do you see them in your credit union or organization?

Brian Mauer, Executive Vice President of Software Development, kicked off this section and defined leadership as pulling other leaders, often with different objectives, together toward a common objective.

“Leaders here at CU*Answer will often find themselves managing leaders with different technology strengths and visions and objectives,” Mauer said. “I think that the definition of a good leader is someone who can take these differences and manage them to get the most out of their people toward a common goal.”

Scott Collins, Executive Vice President of National Sales and Marketplace Relationships, spoke of leading by example and being there for your team.

“I would say leading by example. Be there for you team,” Collins said. “Be there in the foxhole when they need you. Roll up your sleeves beside your team and lead by example as much as you can.”

Geoff Johnson, President and Chief Operating Officer, explained that he defined leaders as being people who moved the ball forward and those who are responsible, even for things not assigned to them.

“The definition of leadership at CU*Answers really speaks to the team, the opportunities, and how they grab hold and run,” Johnson said. “I would prefer an individual to go ahead and talk about duties as assigned and not as being the piece that really carries the day, but they assume those responsibilities and they move forward when they see those times, places, and opportunities.”

Dave Wordhouse, Executive Vice President of Technology, explained that leadership did not require a title but instead were people who had the ability to work on other people’s agendas and influence outcomes.

“Leadership is influencing others for a common goal or common output. And what that means at CU*Answers is that anybody can be a leader,” Wordhouse said. “You can lead from any position at the firm. Leadership doesn’t require formal powers. A lot of people think it does, but it doesn’t. It is about working on others’ agendas and influencing outcomes.”

Bob Frizzle, Chief Financial Officer saw leadership from two sides, as being able to motivate a team and be responsible for what they achieved.

Randy Karnes, CEO at CU*Answers explained that leadership is not necessarily mean that you are out front, but instead is often an invisible quality that brings people together to make something happen.

After reading these quotes, can you relate and experience where you were a leader to one, or many of these leaders’ definitions of leadership? What can you use in this section to help you be an even better leader the next time the opportunity arises?

Executives on Leadership: How to Build Trust