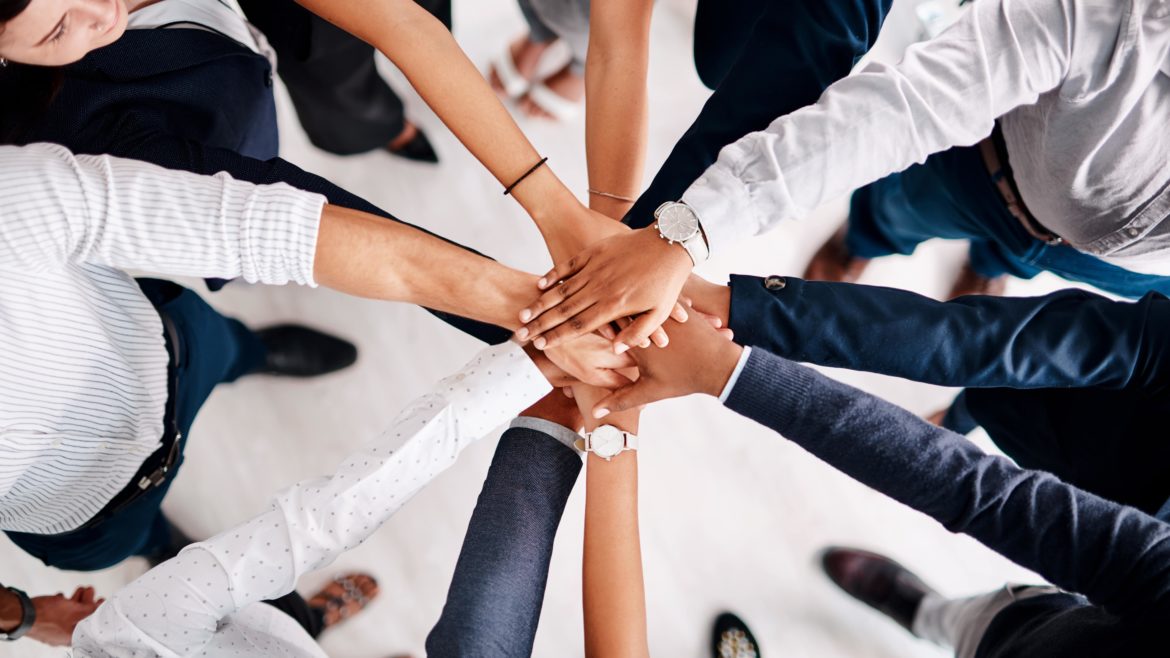 What Makes Our Industry Unique: Stories from Leaders

Coming up on my fifteenth year working for a cooperative CUSO, it seems right for me to reflect on my experience in the credit union industry. During my lengthy time here, I have found not only a home, but a lot to say about the things the credit union community does right.

Unlike other places I have worked, I’ve noticed the credit union industry has some unique attributes, many of which are the reason I’ve stayed for fifteen years. First and foremost, there is a genuine care about the consumer in our industry, where being a member still means something in today’s competitive world. Furthermore, credit union employees like to learn from each other, and this knowledge is then freely shared with other people. There is also a fellowship among people in the credit union industry that I have not seen in other places I have worked. And finally, what is most impactful is that this care extends to an interest in all credit unions being successful.

But I know my wonderful experience in the industry is not limited to myself. I’m sure anyone who has spent a decent amount of time here has felt the connection and community we have as an industry and has plenty of stories. To share these stories and perspectives, I reached out to four seasoned leaders in the credit union industry, some of whom have been here for much longer than me.

Here is what they had to say: 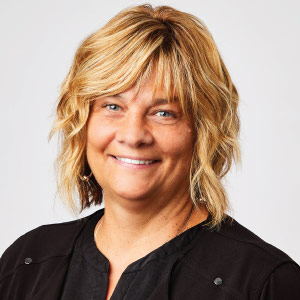 Schmitzer shared her perspective on how credit unions embody the cooperative spirit in all they do.

She noted, “In January 2020 we began collaborating on our Annual Report. After a brief round-table discussion, we tethered the words ‘better together’ and thus, we had a theme for our project. Who knew those two simple words would soon cheerlead us through a global pandemic?

“By April 2020, staff was scribbling the words ‘better together’ on department huddle boards. We started signing our email valedictions with them. We repeated them on our website. We even printed them on our t-shirts. Today, those words are written in our hearts. I could narrate the much-needed relief options we provided during the pandemic or the hours staff spent sorting survey responses from members with stories of discouragement. But our actions were not novel. In 2020, credit unions everywhere became empathetic, reliable friends for their members.

“However, what I didn’t expect during this time was how other credit unions became a reliable friend for us and our members. In mid-May 2020, five Michigan counties suffered a historic flood, a flood only likely to occur once every 500 years. Hundreds of families, friends…our members were devastated. Frankenmuth Credit Union—along with the Michigan Credit Union Foundation and League and neighboring credit unions—rallied together to give grants to member households affected by this flood. We worked side by side, hand in hand. We were not opponents. We didn’t regard each other as competition. In fact, we became friends. Within days of the flash flooding, calls were made. Zoom meetings were scheduled. Emails were sent. Together we raised over $163,000. Together we helped over 320 families.

“It is the best example of the cooperative spirit. A model of community. And, the truest proof we are better…when we are together.”

Interest in learning from each other

Wilson shared his perspective on the genuine interest credit unions and those in the industry have in learning from each other’s talents and sharing what they know with others. 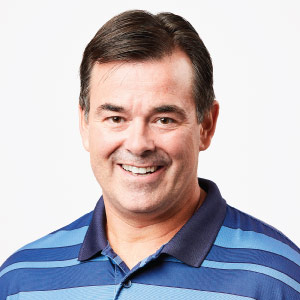 “I interviewed at the credit union twelve hours after my twin girls were born. I was searching for a place where I felt I could belong and maybe make a difference. I had worked in finance since I graduated from college, but places like Ford Credit had left me feeling like a very small cog in a very profit-driven wheel.

“In my first few years at the credit union, I was struck by how often my boss referred me to call other credit unions to ‘see what they do and how they handle these things.’ Collaboration was a novel idea to a cynical college graduate who was able to build a network of peers and competitors who shared ideas, policies, procedures, and plans. The president was in his early 40s and after three or four years, he started to encourage me to look at becoming a president and running a credit union. I explained to him that I probably wasn’t ready, and he said, ‘You are ready, and you need to bring your network with you.’

“Back in those days, I was a 29-year-old president of a small municipal credit union, dialing for dollars every day, and reaching out to my network of collaborators to help guide me along. Twenty-five years later, I can honestly say I have never called a peer and had them say ‘we can’t help you with that’ or ‘we can’t share that proprietary information’. The credit union industry took me in and turned me into an evangelist who crows constantly about building our networks and working together to make each members’ daily challenges easier.

“My old boss told me, ‘It is not necessary to know all the answers, but instead to be willing to ask all the right questions. Our network will pull you along.’

“There isn’t a policy or procedure that we have on the books that didn’t start somewhere else. With a tweak and a twist, each allowed us to not reinvent the wheel. To all those collaborators along my path, cheers!”

Camaraderie in the industry

Element Credit Union Chief + Innovator Linda Bodie has had a lengthy tenure at her credit union, beginning in 1998. Additionally, she has served as a CU*Answers board member and is on the Filene Research Council. 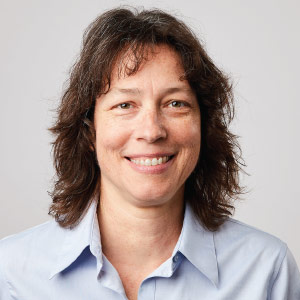 Bodie shared her perspective on the genuine camaraderie among people in the industry and how people in the credit union industry work together so well.

“If you’re a credit union person, someone who found a credit union and fell in love with it, you automatically want to share that credit union passion with others. It’s the easiest thing ever to reach out and talk to anyone in the industry because it’s our mission to help others. We’re like family. We also know that by talking with other individuals, we can only make our industry and our family stronger. It’s just who we are.

“When we joined the CU*Answers family in 2010, I immediately found a whole new group of collaborators from all over the country. We didn’t even need introductions. I could simply feel we all had “that something special” in common and we could (and did) share pretty much anything. I wasn’t afraid to ask questions or share information. I learned so much in those early years and was so appreciative of my new extended family.”

Interest in the well being of other credit unions

McFarland shared his perspective regarding his genuine interest in the well-being and success of other credit unions: 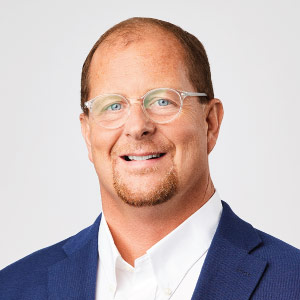 “I have always enjoyed being part of a team. I have had the opportunity to be part of many different sized teams in my career. The chance to work with others towards a common goal creates a momentum that can move initiatives forward faster than if done alone. The credit union movement has been a team for years and while consolidation has made the different teams smaller in overall numbers, the value of successful and strong credit unions is essential to all our futures.

“Too often the rhetoric revolves around the “small,” “medium,” and “large” credit unions instead of a focus on the members and communities they serve each day. In addition, the success of all credit unions is important to each of us. The problem with putting a value on an organization based on asset size alone is that it immediately devalues the work credit unions are doing for their member owners.

“We are all stronger together. The overall strength of the credit union movement comes from the people that make it happen for their members each day. This isn’t designated by size but instead by their curiosity and creativity to do great things on behalf of their members. I have personally seen where this creativity can be lost as an organization grows in assets. The focus can shift from building to buying and that means there is more dependence on outside partners versus the grit that develops in trying it on your own, or even better, with peers.

Here’s to another fifteen!

As I read through these four leaders’ words about what makes credit unions so great, I reflected on my tenure in the credit union industry and how these messages resonated with me. The fifteen years I’ve been in this industry have been some of my best.

As CUSOs, we are owned by credit unions, and it’s been wonderful to see my CUSO and our employees contribute time to better the community. You do not have to look far at all to see the fellowship of the credit union network, and there is no one more passionate about credit union success that other credit unions. All these reasons and more are why I love working in this industry, and I’m eager and ready to see what the future holds!

Takeaways from the 2021 CU*Answers Leadership Conference