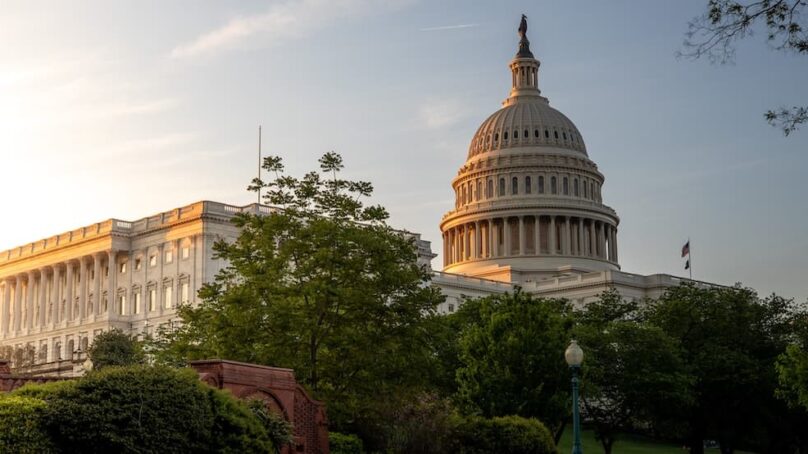 Congress managed to keep much of the federal government and the National Flood Insurance Program funded before leaving for the campaign trail last week but punted on many major issues—either preferring to consider them in a lame duck session or not at all.

The House and Senate passed a Continuing Resolution to keep the lights on in most federal agencies until Dec. 16. And they attached a short-term extension of the flood insurance program that expires on that date.

The House did pass legislation that would allow well-managed federal credit unions to meet six times a year rather than every month. New credit unions and those with a CAMELS score of four or five would still be required to meet monthly.

The House passed that bill, H.R. 6889, as part of a combined vote on several measures. The vote was 296–127 and was made under suspension of the House rules, which required a two-thirds vote by members present.

House Financial Services Chairwoman Rep. Maxine Waters, D-Calif., said that the bill would “incentivize Federal credit union boards to ensure their institutions are highly rated and well run in order to reduce the number of board meetings they need to hold.”

Rep. Bryan Steil, R-Wis., added that the current monthly meeting requirement can be burdensome for credit union staff and volunteer board members.

A companion bill has been introduced in the Senate, but it has not been considered there.

Neither the House nor Senate considered legislation to require the Federal Reserve to issue rules that would ensure banks currently using the four-party card processing system be required to use at least one affiliated network in addition to Visa and Mastercard.

Credit union and banking trade groups vehemently oppose that legislation and the groups have been urging members to contact their lawmakers to voice their opposition.

Shortly before the Senate left town, Sen. Richard Durbin, D-Ill., and other supporters of the measure indicated that they intend to try to add the credit card measure to the Senate version of the FY23 defense authorization bill.

That would increase the chance the proposal could be debated this year, since the defense authorization bill is considered a must-pass measure.

However, officials from the New York Credit Union Association were in Washington last week as part of a “Hike the Hill” lobbying effort. And on the association’s blog, “The New York Minute,” it was reported that they had met with Senate Majority Leader Charles Schumer, D-N.Y., who said he opposes the interchange bill and that “he does not foresee much movement on it in the near future.”

The prospects of enactment of marijuana banking legislation also remains unclear. The House several times has passed legislation that would provide financial institutions with a regulatory safe harbor if they provide services to cannabis-related businesses in a state where marijuana is legal.

Senate Democrats, including Schumer, have said they want to include banking provisions in a comprehensive marijuana legalization measure.

However, in recent months, Senate Democrats have conceded that such legislation will not be enacted this year. They also have signaled their willingness to consider a scaled-down bill this year.

Credit union trade groups have lobbied hard in favor of the measure and New York Credit Union Association officials said that Schumer is putting together a compromise bill. Details of that proposal have not yet been released.