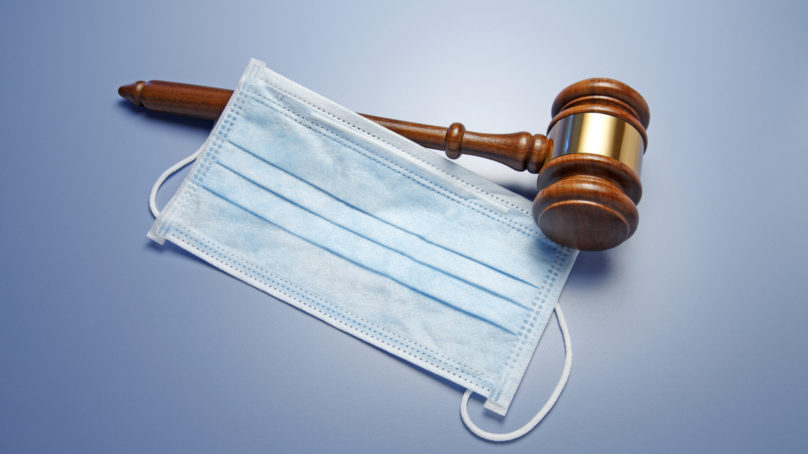 The Credit Union National Association again is urging Congress to include temporary coronavirus liability protection in any new economic stimulus legislation it considers.

“As the Administration strives to reopen schools, protect our nation’s health and strengthen our economy, these critical protections will help safeguard educational institutions, healthcare providers, businesses and non-profit organizations from unfair lawsuits,” CUNA said in a letter signed by hundreds of other organizations. The effort is being spearheaded by the U.S. Chamber of Commerce and the letter is signed by many trade groups, including the American Bankers Association.

CUNA and NAFCU, which is not listed as one of the letter signers, have called on Congress to provide limited liability protection from COVID-19-related lawsuits. Senate Republicans tried to include the provision in the economic stimulus legislation enacted at the end of last year, but it was not included in the final legislation.

Now that Democrats, who opposed the liability protection, have gained control of both chambers of Congress and the White House, it may be even more unlikely that the groups will succeed in their push for protection.

But CUNA and the other organizations said that even as vaccines give hope, “for many who remain on the front lines and continue to serve our communities during this pandemic, the threat of unfair litigation continues to loom.”

They said that in 2020, more than $20 million was spent by plaintiffs’ law firms on advertising related to COVID-19.

“As employers, educational institutions, and others answer President Biden’s very appropriate call for face coverings and other protective steps, they should not have to worry that their actions will invite costly and unnecessary litigation,” the groups said in the letter.