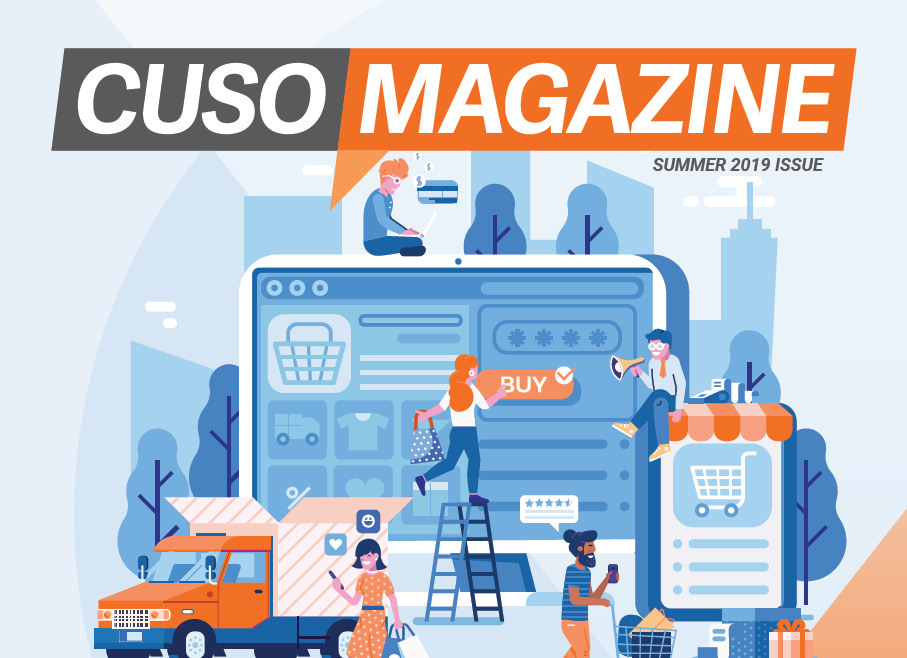 My First Weeks at CUSO Magazine

I’m going to be honest, I’m absolutely terrible with numbers (a fact my high school calculus teacher would be happy to attest to), but writing is a different story. Writing and I met at a young age, and we have been fascinated with each other ever since. Becoming an editor had been my goal since my junior year of high school, so you can imagine how thrilled I would have been knowing I’d be hired as CUSO Magazine’s new Junior Editor and Journalist years later.

But as someone who has managed to successfully avoid any mathematics beyond sales percentages and calculating the exchange rate between US dollars and Japanese yen, I was definitely nervous to work at CUSO Magazine. I didn’t even know what a CUSO was, I just knew they worked with and supported credit unions, and credit unions represented three big things I absolutely strived to stay away from: numbers, complex systems and terminology, and oh yeah, more numbers.

It was almost as if I was convinced that even by driving near a credit union, a forty-year-old teller in a suit was going to come charging out the door screaming about my student loans and ask me if I’d like to refinance my non-existent mortgage (whatever that means).

I’m sorry, they do what?

Now, I was coming to this job fresh from doing six months abroad in Japan teaching English, and if you haven’t heard, Japan has very strict business policies and work is everything. No one ever made small talk or opened up about their lives, and forget anyone asking if you wanted to go grab lunch. Imagine six people sitting in the world’s smallest office together, all eating their lunch at the same time, in silence. That was the atmosphere. As such, I had become accustomed to working in a silent, rigid environment.

No offense to any industry professionals out there, but that’s what I always imagined working in the banking or credit union industry would look like: a strict, silent, suit-wearing environment. Okay, maybe I didn’t actually expect everyone to wear suits and talk exclusively in financial jargon, but I was still worried about keeping my head afloat.

The overwhelming relief I felt on my first day cannot be overstated. Not only was everyone friendly and welcoming, but not a single one of them donned a suit or tie. People went out to lunch with their coworkers, displayed photos and personal things on their desks, and even dared to have conversations about their lives. None of this probably screams as abnormal to you, but again, coming from my Japanese office, I was suffering from a very intense case of culture shock.

Not to worry though, it was a very good form of culture shock. These were all things that I had really hoped for in my new environment and I was more than happy with the outcome.

Getting comfortable with CUSOs

So, now let’s look at the CUSO aspect of things. As I mentioned before, I was very unfamiliar with industry terminology and how a CUSO operated. I only knew they supported credit unions, which to be fair, I also knew very little about. But there’s no doubt that since I started here, my credit union vocabulary has grown significantly, and I’ve definitely become more comfortable talking about articles and ideas. The people here have been very helpful with that as well. In the times where I do indeed stumble upon the industry jargon I was so afraid of, there’s always someone to help me out and explain what we were discussing or what I was reading. And I get the impression this would be the case the credit union industry over.

I can say with confidence that going forward, I’ll continue to expand that knowledge base and get ever more comfortable. Now, I’m not coming to you after a few weeks working in the industry to claim I can debate and discuss with the best of them—I still don’t know what APR stands for—but it’s a process.

One example of that process would be when I attended my first Bullpen Session. These meetings take place every Monday and are intended for people to come and share their story ideas. They’re not mandatory, and yet employees from all different departments came to discuss their writing ideas and work on making them into publishable stories.

Everyone in that room wanted to be writing and creating, despite their different areas of expertise. But that’s what a CUSO is about isn’t it? It’s about collaboration and cooperation.

I’ll admit, some lingo was thrown around that went right over my head. As everyone tossed around their ideas and shared what they wanted to write about, I was trying to keep up with what half the words they were saying meant. Despite not being able to comprehend a lot of what was being discussed and debated, I could easily decipher the excitement and energy they all had for their work and for credit unions. The passion was infectious, especially since we were talking about writing, which we’ve already established I have a love for.

Going forward, I’d like to continue to get people excited about contributing to and writing for CUSO Magazine. People often tell me they’re not writers, but that’s not true. Writing goes with everything. It goes with the creative minds and the analytical minds. It goes with the novelists and even the CUSOs. Everyone has a story to tell and knowledge to impart upon others, and I want to help them tell those stories.

Have a story idea? Let us know about it!

CUSO24 get to know10 writing4
Previous
Get to Know
Read more

For the Love of Cold Calling

Web Accessibility Isn’t as Scary as You Think