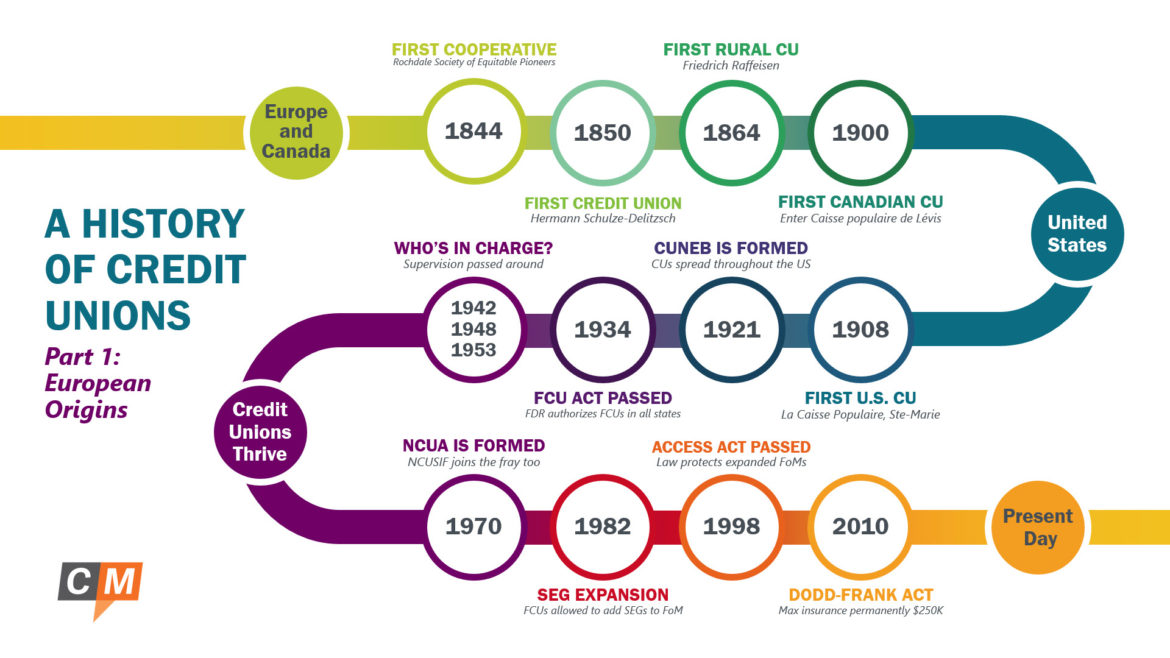 If you’re anything like me, you’ve worked in the credit union industry for years now, maybe even decades, and never really read about the history of credit unions. To remedy this, I did the research to learn where credit unions got their start and how they found their way to today, representing over one hundred million members in the U.S. alone. Over the course of the next few weeks, I’ll be sharing a little bit of what I learned and guide you through our industry’s history. To get us started, we’re going to go all the way back to England 1844.

1844 – The Rochdale Society of Equitable Pioneers, one of the first known co-operatives, is formed

Although, not a credit union, the Rochdale Society of Equitable Pioneers would be instrumental in the design of future cooperatives, including credit unions. The group was formed by 28 tradesmen in Rochdale, Lancashire, England. Faced with the prospect of poverty as mechanized industry took root, the group pooled their resources together to open their own store, selling affordable food and sundries.

More importantly, however, the society created the Rochdale Principles, which are more commonly known today as the 7 Cooperative Principles. These principles set out the following requirements for cooperatives: voluntary and open membership, democratic member control, member economic participation, autonomy and independence, education and training, cooperation among cooperatives, and concern for community.

1850s – The first credit unions are formed in Germany 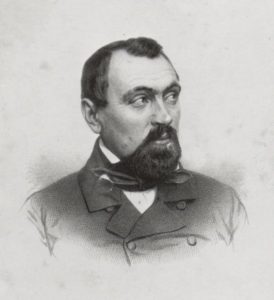 A medium time ago, in a country kinda far away… Hermann Schulze-Delitzsch starts the first successful credit unions in Germany. Hermann was a big advocate for cooperatives, and formed the first credit unions based on many of the same principles as the Rochdale Society.

His Vorschussvereine (or “peoples’ banks”) grew quickly and by 1859, approximately 200 peoples’ banks had been formed throughout Germany.

As his financial cooperatives continued to grow in scope and in size, so too did the need for legislation to regulate them. Later, in 1867, Schulze-Delitzsch would be central to the passage of a law of association. Also referred to as the common bond of association (or just common bond), it was central to the idea that a group of individuals connected in some way could form a financial cooperative for the betterment of all.

As Hermann put it: “…your own selves and character must create your credit, and your collective liability will require you to choose your associates carefully, and to insist that they maintain regular, sober and industrious habits, making them worthy of credit.” This concept would be carried forward to the American model in which charters were centered around a field of membership. 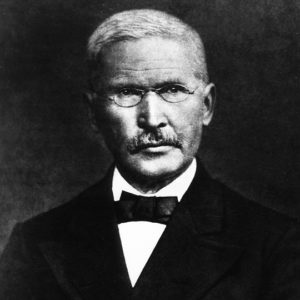 While Schulze-Delitzsch succeeded in bringing credit unions to urban areas, primarily serving traders, shop owners, and artisans, the same services were not reaching poorer rural communities, who were prayed upon by loan sharks. Friedrich Wilhelm Raiffeisen, moved by the plight of these poor, uneducated former serfs, sought to bring the model to those people, but with some modifications.

The challenge: how do you serve a community with seasonal and unpredictable income that made them risky to traditional lenders? As the mayor of a small German town, Raiffeisen appealed to the wealthier community members to contribute their surplus capital towards the association (with a reasonable return rate), to be lent out to those in need at a low rate.

By appealing to social capital, Raiffeisen brought the community closer together as both lenders and borrowers were invested in the financial cooperative’s success. Directors were expected to serve as volunteers, thus limiting the credit union’s expenses, ensuring greater value was returned to its community members.

Credit unions spread across Europe and beyond

From the credit union’s origins in Germany, it would go on to spread throughout Europe. From 1864-1899, credit unions would pop up all over Europe and even reached British India. But would they ever appear in North America? Spoiler alert: they will.

But for all the juicy details, you’ll have to check out next week’s article as I delve into the history of credit unions in the early twentieth century. Stay tuned!