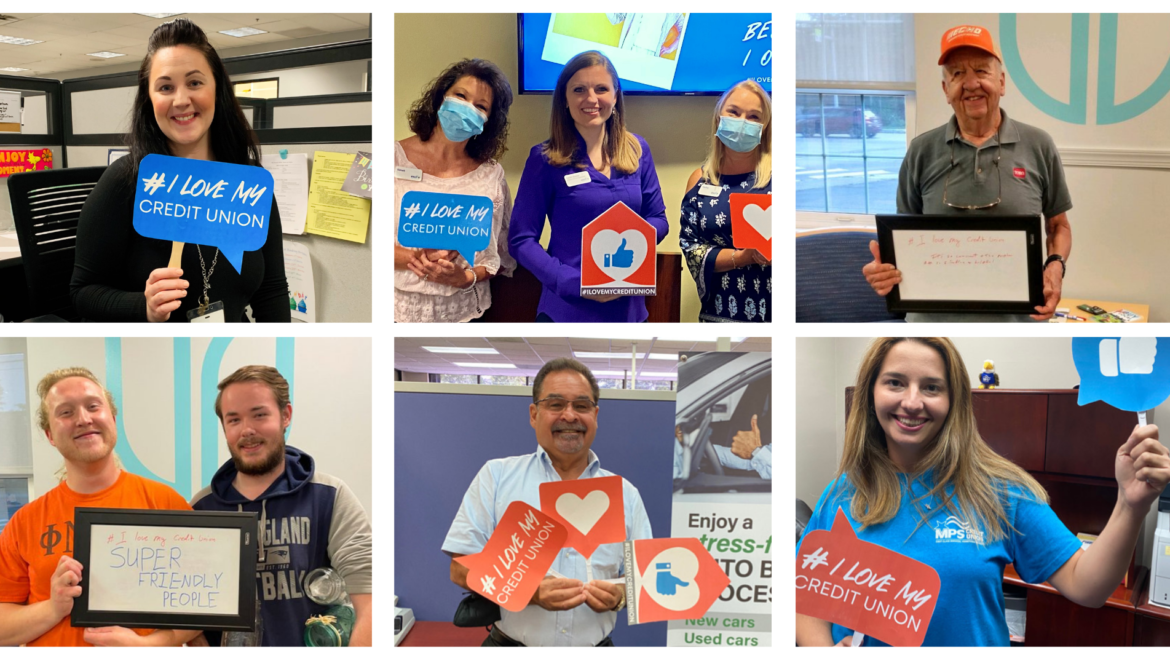 We all love credit unions. Maybe that’s a given, considering most of us work at credit unions or CUSOs, but that means we know exactly what makes credit unions special – like how they’re not for profit, are dedicated to their members, give back to their communities, and much more.

Some of us take every opportunity to tell our family, friends, and perhaps even strangers all those above reasons. We want everyone to know why they should be part of the credit union movement. As credit union enthusiasts, we just can’t help but spread the word.

Tom Kane, President and CEO of the Illinois Credit Union League loves credit unions too. Kane was inspired to share his credit union love with the world and wanted to hear from members and staff alike about why they loved their credit union. Thus, the League created #ILoveMyCreditUnion day.

The idea was for credit unions to come together on a single today to share across all social media platforms what made credit unions different and encourage members to share their credit union stories. The event, hosted on Friday, July 20, 2021, had a total of more than 500 credit unions, leagues, associations, and partners from a total of 46 states participating. Even a few from the U.K. and Canada joined in.

In the weeks leading up to the event, credit unions tweeted, posted, and advertised the day to their followers, informing members about how and when to post their stories. Some even offered rewards and prizes for participating, including Visa gift cards, t-shirts, or services such as free vehicle history reports. Not only did they gain more interactions with their members through these outlets, credit unions and their employees were interacting and connecting with each other as well.

On the day of the event, social media was bombarded with stories, photos, and videos of why people love their credit unions. Staff posed together with signs, members in branches and those at home explained what made their credit unions special, and others shared personal stories of how credit unions helped them in difficult financial times. The excitement was endless with thousands upon thousands of interactions being had. Below are a few examples of how the day looked on social media.

Thank you!
We certainly take pride in our people, AND our pens! ?#ilovemycreditunion#UCUMaine #HowdoUCU #Maine #MaineCreditUnions pic.twitter.com/9vqNMVPhV0

University Credit Union welcomed members in their physical branches, letting them share exactly what drew them to their credit union. These members wrote, “Everyone is so awesome, and they have the best pens!” The credit union tweeted the photo saying, “Thank you! We certainly take pride in our people, AND our pens!”

Keys FCU is touched by the kind words of our
awesome members on #ilovemycreditunion day! For
over 80 years, we’ve existed to serve people who live
and work in the Keys. Join us and discover the Keys FCU difference! #Localshelpinglocals #community #service#notabank #banklocal pic.twitter.com/1T4ZZBpRTf

“I love my credit union,” shared one Keys Federal Credit Union member, “because they are always ready to help no matter the issue! I love them!”

I’m so passionate about credit unions because I’ve seen them change countless lives throughout my CU career! #ilovemycreditunion pic.twitter.com/O3c04xoxSx

I am not a member of “a” #creditunion… I am a member of 3 credit unions!!! I am grateful for all @AltraCU, @GardenSavings, & @LandmarkCU have done and continue to do for my family and the communities in which we have lived and been involved in. #ilovemycreditunion

Greg Michlig tweeted, “I am not a member of “a” #creditunion… I am a member of 3 credit unions!!! I am grateful for all @AltraCU, @GardenSavings, & @LandmarkCU have done and continue to do for my family and the communities in which we have lived and been involved in. #ilovemycreditunion”

I DO LOVE MY CREDIT UNION!! Why give your money to for-profit banks who spend your money on big oil when you get the exact same service at a not-for-profit (why they don’t have big glossy ads everywhere) CREDIT UNION!! #ILoveMyCreditUnion https://t.co/Tudh6MM1hX

Even comedian Sarah Silverman was excited to be a part of the credit union celebration. She tweeted her enthusiastic support for credit unions, saying, “I DO LOVE MY CREDIT UNION!! Why give your money to for-profit banks who spend your money on big oil when you get the exact same service at a not-for-profit (why they don’t have big glossy ads everywhere) CREDIT UNION!!”

The above examples make up only a small portion of the thousands of Twitter, LinkedIn, and Facebook posts that were shared on July 30th, but they convey just how strong the credit union movement is. To see more credit union stories, check out #ilovemycreditunion on social media!

By the end of the day, #ilovemycreditunion was a resounding success. The event saw over 20 million organic impressions across social media and had seen as many as 33 thousand virtual interactions. Not only did the day bring together those in the industry and create connections, it hopefully inspired those who might not yet be part of the credit union movement to join in.

“I’m thrilled by the viral impact of the conversations about credit unions on July 30. Credit unions make a real difference to their members because they put people over profits. I want to thank everyone who joined us to make this effort such a resounding success,” said Kane. “I’m especially grateful to LSC for contributing $25,000 to a raffle for participating credit union leagues. We were delighted the Hawaii Credit Union League was chosen and they selected the Kapiolani Children’s Miracle Network in Honolulu for the funds.”

We’ve always known the strength of credit unions is not just in who we are, but in who are members are and how wonderful and enthusiastic they are. Leveraging their voices on social media along with our own has proven to be an effective way to share the good word about credit unions. It’s entirely possible we see #ilovemycreditunion day return in the coming years, with even more participants to share the love for credit unions and even more people joining the credit union movement.

To learn more about the event and see a full list of participants, check out their website.

Biden to Nominate Harper for Full Term on NCUA Board