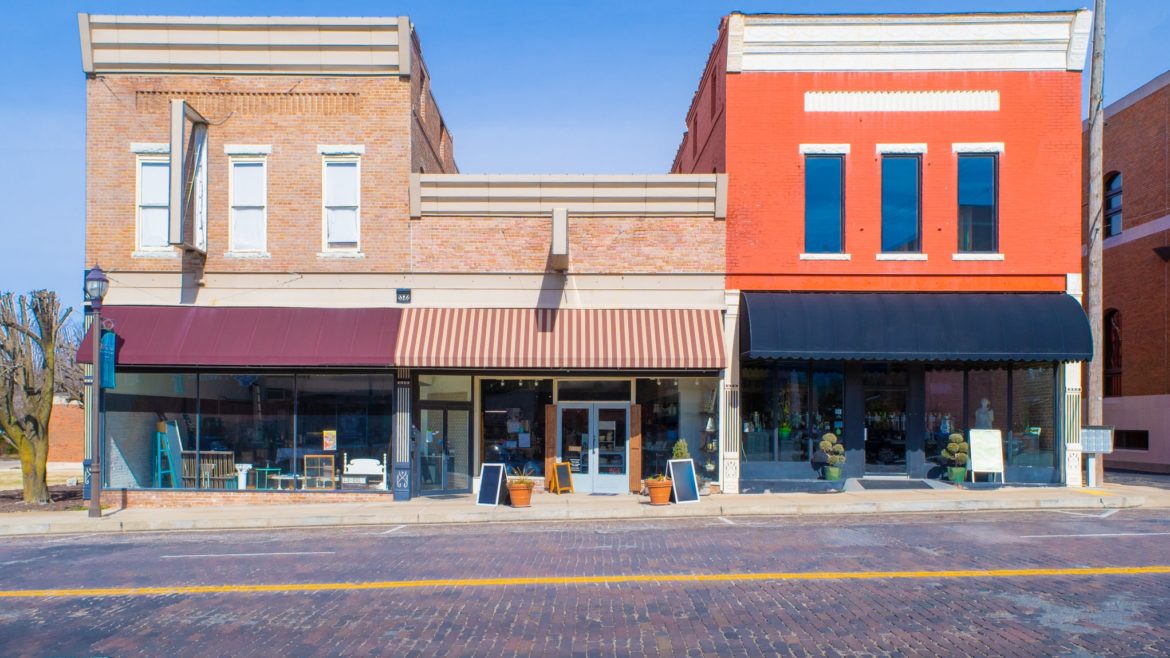 From a consumer’s perspective, brick and mortar stores seem to be fighting a losing battle with increased convenience and faster services. Companies and technologies are finding more and more ways for customers to avoid going into a physical stores and branches. Don’t want to go out for groceries? Get them delivered. Need something from the store but don’t want to go in? Pull on up and someone will be right out with what you ordered. Need to pay a bill? Do that on your phone.

In a world of Amazon, same-day delivery, and online grocery orders, brick and mortar stores have been assigned the difficult task of staying relevant and keeping up with evolving technology – one I’m not sure most stores are succeeding in. UBS, a multinational investment bank and financial services company, reports that an estimated 75,000 retail stores will close by 2026, and as of 2019, online sales exceeded brick and mortal sales for the first time (and most certainly not the last).

This doesn’t mean brick and mortars are doomed, especially in regards to credit unions. If people love convenience, they also like having options. If, for example, a credit union announced tomorrow they were closing all their branches and going completely virtual, you could bet that members who hadn’t been into a branch in years, and presumably had no need for one, would be upset.

There’s also something to be said for credit union members specifically. While many customers of the big banks may see no benefit to going to a branch for something that could be done via smartphone, credit union members often beg to differ. Some of the main incentives to join a credit union over a bank are the connection to community and good customer service. I’ve heard members say they go into their credit union on specific days, to complete very standard transactions that could be done via mobile apps, simply so they can chat with their favorite tellers.

Forced digital banking may lead to an appreciation for branches

On the other hand, recent events (a.k.a. coronavirus) do bring an interesting perspective to the debate. The idea of completely digital banking has been bandied about for years, but now it’s a reality. Credit unions and members alike are learning and adapting to technologies they may have previously found unnecessary.

Take the video conferencing service Zoom, for example. Plenty of people may have used the service before, but thanks to social distancing and stay-at-home orders, the company has seen more new users in the last few months than all of 2019. People who have never heard of Zoom before are now depending on it to keep in contact with coworkers, friends, and family.

It’s likely that other tech companies offering virtual services will experience similar growth, especially as fintech companies across the country offer their services for free. In this effort to find the necessary tech support to keep business moving, credit unions may discover new tools and applications they find themselves keeping once things return to the norm.

But just because we can, doesn’t mean we should or will. Credit union members certainly love their branches, and more than likely, credit union employees and their members will breathe a sigh of relief once they can return to their branches with zero worry of viruses, and without being forced to conduct every meeting and every transaction via the web. This whole ordeal may bring a newfound appreciation to credit union branches.

Research reaffirms how indispensable branches are to members. The Financial Brand reports that the two biggest obstacles people find in joining a credit union are inconvenient branch locations and not enough branches, with a total of 38% of non-members saying these issues would prevent them from considering a switch to credit unions, proving that consumers still value brick and mortar locations above most else.

So, if branches remain essential to members but are still seeing less use than online services, what’s the correct solution? Maybe it’s no matter of choosing whether we continue investing in our technologies and increasing online and mobile convenience or allowing brick and mortar stores to remain open; maybe brick and mortar needs to simply evolve and update the way it operates.

Instead of closing branches, some credit unions are simply slimming down and remodeling, turning larger branches into smaller locations and installing ATMs and Interactive Teller Machines (ITMs) for members to use. Tellers, in this scenario, would work during normal branch hours to assist the members in using the machines and field questions. This system allows members to service themselves when it’s convenient for them (even outside of typical branch hours).

Others, such as Michigan Legacy Credit Union, are making their tellers mobile, equipped with handheld software to meet their members were and when it is convenient for them, making their branch – in essence – mobile.

In the coming years, we are likely to continue seeing other credit unions taking initiative and thinking outside the box in how they use their brick and mortar locations. Some may transform into ITM hubs, some may go mobile, and some may simply incorporate new technologies into their existing system. In any case, it’s unlikely we will ever see a day without brick and mortar branches, so long as they continue to adapt to current technological demands.

The Good and Bad of Temp to Perm Cards