As Michigan restaurants face their second month of closures, ATL Federal Credit Union is encouraging members to support local establishments and rewarding them for their effort. CEO Robert Shane details the inspiration for the project and how you can get involved.

When Michigan Governor Gretchen Whitmer ordered all bars and restaurants to close their dine-in services, many people began to panic, wondering how restaurants would continue to stay afloat if they were forced to move to take-out only. Immediately after the closure, there was a sweeping show of support for local establishments. However, as the coronavirus situation worsened, that support began to dwindle. While some customers simply transitioned to ordering online or through food delivery apps, many have become fearful of getting food from anywhere other than their home.

Keeping the focus outside the credit union

Answering the call to support local eateries, ATL Credit Union CEO Robert Shane had an inspired idea: entice members to support the community with good food, a fun contest, and of course, money. From now until June 8th, any ATL member that orders food from a West Michigan restaurant and shares their experience on the credit union’s Facebook page will be entered to win $50 to cover their food costs, with up to $500 being given away each week. 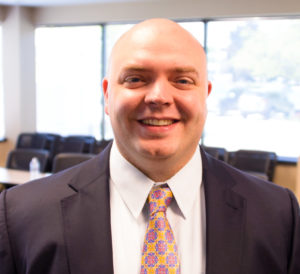 Regarding the new program, Shane noted his desire for the credit union and its staff to look outside themselves and find ways to help the community. “When all this first began, I wondered how you, in times like this, don’t just focus on yourself. How do you not narrow your worldview down to the six people that operate the credit union? How do you keep pushing your world a little bit wider, making your influence a little bit bigger, and look outside yourself to help others? This program is our attempt to do that.”

How to get involved

To participate, members simply need to spend money at any restaurant or fast food chain in the area, fill out the reimbursement form (found on their website), and share it on the ATL Facebook page. The form can be submitted in any number of ways. It can be printed and filled out by hand, filled out online and saved, or (in one of the more creative ways) filled out on a laptop, photographed with a phone, and uploaded from there. Shane remarked that as long as the photo makes it to the Facebook page, it doesn’t matter the method, and he’s excited to see some of those more creative routes members use.

Shane continued on to say, “It’s honestly been very exciting to be part of a small credit union and to see people looking outside and beyond themselves, trying to find ways to help and reach out. It’s incredible to be a part of.”

Getting approval for the program

When the idea was first pitched to the board, the original concept was to return a total $2,000 to the members, each winner getting around $20. However, as the idea expanded, ATL received grants from both the Michigan Credit Union League and Alloya Corporate Federal Credit Union to double that amount to $4,000.

When asked how the ATL Board responded to his idea, Shane noted, “They realized we had to do something to participate in our community and engage with our members. We had to find ways to love others and spread the news of what a credit union is and how we operate. Our credit union’s mission is to be a net contributor to our community by finding ways to reengage and give back. To open our doors and arms and tell people we are here, not just to give them a loan with a better interest rate, but to help them be a part of this extended, weird family called a credit union.”

And giving back to the community, they are. Starting the program on April 13 and going through June 8, ATL will be reimbursing members for supporting restaurants during this time. Committed to giving $500 per week back to members, ATL hopes to inspire more people to support restaurants in the area and little by little, become increasingly comfortable once again eating out. Thus, by time the world reopens and we all can venture out of our homes freely, people won’t hesitate to go out and enjoy meals with their friends and family again.

Sustaining support through the crisis

During the first week, the program only reimbursed $66 dollars, that number rising to $146 the second week, falling far short of the allotted $500 per week budget. As time goes on, that number is expect to climb as government restrictions become increasingly relaxed and more and more people venture out.

“There’s a lot of helping that goes on at the beginning of the crisis,” Shane noted. “But as the crisis prolongs itself, there is the question of how we sustain the helping and spread out our resources to continue long term. This program will carry us through the beginning when everything is dark, to the time when everyone starts to peek their heads out the door. When they start getting lunch at work again or with their friends.”

Further committed to helping the community, any leftover funds from the program (from when certain weeks don’t meet the $500 limit) will be donated to Kid’s Food Basket, a local nonprofit organization dedicated to providing meals to children.

The credit union is working even harder to expand the program to those outside of their credit union. Anyone wanting to participate, no matter which credit union they belong to, merely needs to follow the same steps (order food, fill out the form, and post on the ATL Facebook page). In the event they are selected as a winner, they will be given the option to open an account for the money to be deposited into.

For those of us in the industry, we should be considering what else we can do to lend a helping hand during these times and reengage with our members and communities. For those who are hesitant to do so, simply waiting for the day things return to the norm, Shane shared a piece of advice, “The reality of it is, you have a choice of how to deal with change. You can fight change kicking and screaming and eventually get dragged along with it, or you can go with the flow and embrace it, and know that change is going to carry you along. It’s the only constant we have, that change is constant.”

On a parting note, Shane shared that his goal for the program, above all else, would be for it to create a sense of hope and togetherness for people. By participating, you can contribute to that hope. So, while you’re stuck at home during this pandemic, consider helping out your local restaurants. Not only will you get to enjoy some great food, you’ll be aiding your community, and you might just be reimbursed for it.

Why We Build Our Capital: Spotlight on Affinity Credit Union