Why We Build Our Capital: Spotlight on Affinity Credit Union

As credit unions across the nation work hard to adapt to difficult circumstances, CEO Jim Dean shares how Affinity Credit Union has approached the situation, and shares his feelings on why a policy of open honesty is the best solution.

When the Firestone plant in Des Moines, Iowa, made the decision to shut its doors for an initial two week period on March 22 to prevent the spread of coronavirus, the realization dawned on Affinity Credit Union ($122M, Des Moines, IA) CEO Jim Dean that more would have to be done to provide hardship assistance to members. The closure of the credit union’s original SEG group, which has since been extended into mid-April, drove home the message that this was likely to affect virtually all members, many of whom may have to go without work for an extended period.

Although the credit union had already implemented some measures to alleviate financial setbacks, Dean and his team set forth to find further means of assisting members. When asked how he decided to approach the task, Dean cited that while others may be going case-by-case, he felt an open, transparent, and upfront approach would be the best way to reach members, even going so far as to write an open letter to members, available from the front page of their website.

“What we did was to essentially layout from the beginning of this crisis exactly what we’re going to do for our members, so that there would be no doubt or wonderment as to whether we’re going to help them or not. Or if we’re going to help some, but not all,” said Dean. The results have been extremely positive, even resulting in some unexpected outcomes. Several chronically delinquent borrowers made themselves current in order to qualify for the two-month skip pay offering.

The credit union also made the decision to waive overdraft, NSF, and late payment fees until the end of April, at which point they will see what progress has been made and decide whether to extend those waivers. They even waived early withdrawal penalties on certificates for members that may need to free up funds.

Although Iowa remains one of the few remaining states without an official “shelter-in-place” order, that did not stop Affinity from acting early to adhere to social distancing recommendations. The credit union closed its two branch lobbies on March 16, opting to switch to drive-up service only.

“Our members typically line up almost out the door, all day long. Making the decision to switch to drive-thru immediately was not a hard one, because I don’t think they would have stopped coming today if we had allowed those lobbies to be open,” Dean said, adding that members often show up as a social visit, rather than just as a necessity.

The demand for drive-thru service was so great that the credit union had to make the decision not to accommodate shared-branching visitors. “We have a long drive, and I would say 30 or more cars could fit back to back in our drive going to the drive thru lanes, and it was out on Hoffman Lane on April 3rd because that was Social Security day.”

Thanks to having already implemented a variety of digital solutions, including e-sign, mobile remote deposit capture, and online account application and opening, transitioning to a mostly online service practice has been made easier. For members without access to those resources, the drive thrus will remain open, not just for typical transactions, but also to sign loan forms.

Going remote not without its own surprises

In addition to closing lobbies for member and staff safety, the credit union has been able to move 25 of its 33 employees to work in a remote environment. Although anticipating a drop in productivity, Dean found that not only was the team maintaining productivity, but it had actually increased compared with key metrics from the same period last year. Dean attributes this to training put in place and staff motivation.

“I didn’t necessarily expect it. As a matter of fact, I sat down with the financial service officers and talked about the crisis we’re in and told them, don’t worry about your production goals, just serve the members.”

Dean added, “There have been some astonishing production numbers, especially considering they’re producing remotely.” Although new auto loans might have diminished, the credit union has seen an uptick in auto loan refinances and seen success in other areas as well.

Related: Being a Good Leader

In order to get staff working remotely, including the financial service officers who manage everything from account opening to loan creation, the credit union had to act quickly to get teams set up to work from home. Although some managers had previously worked remotely, non-exempt staff had no such experience, and the management team had to acquire VPN licenses in a hurry.

One of the biggest challenges the team faced was finding hardware, including headsets and webcams. But as they found the resources necessary, they were able to move staff. As of April 30, the credit union was able to have all but the bare essential staff for office operations—drive thru tellers and branch managers–working remotely.

Dean and his team have implemented a few measures to ease the burden for staff, both remote and in the office. Non-exempt hourly employees that have been asked to go into the branch are receiving an additional $2.50 per hour. Remote staff are receiving an additional $25 per month (the maximum amount under the taxable limit) to offset the cost of internet services, especially considering some may have had to increase internet speeds.

A fear of bad actors finding ways to exploit the changes has not factored into Affinity’s approach. “Originally when we talked about waiving the NSF and overdraft fees it was going to be on a case-by-case basis based upon need. But then you start thinking about how this was all unraveling and it leaves you wondering who isn’t somehow affected by this. There will always be that handful of people that see an opportunity and don’t do the right thing, but the vast majority of people are going to be super appreciative.”

The key, Dean says, is to take the mindset of constantly adapting. That, and having a supportive board of directors. “There was a little hesitancy in the case of waiving the NSF and overdraft fees, but certainly for the other measures, the board has been all in on that.” Dean and his board’s next task is determining what emergency loans will look like for the credit union and its members, which they anticipate members will begin needing at a higher rate by the end of April. 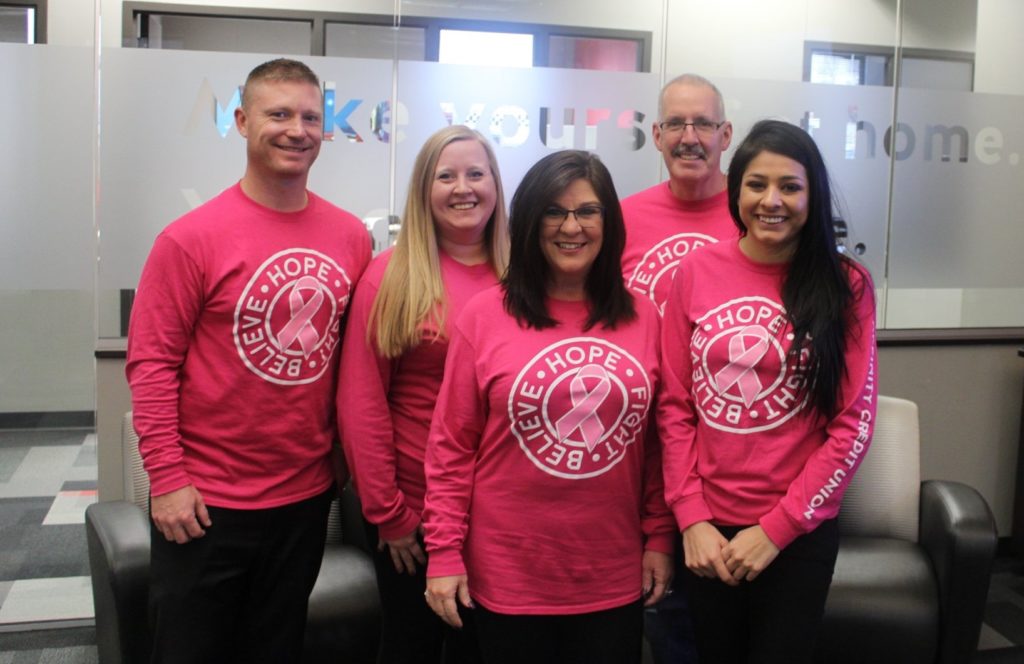 Dean expressed his pride and admiration for his team, whose teamwork has made this all possible. “We’ve had regular communication on a daily basis. The leadership, the calmness of my leadership team, and the willingness to do whatever it takes on the part of all of our staff is what I’m most proud of.”

Rather than reducing staff to adapt to current circumstances, Affinity has actually expanded its team by hiring three new financial service associates. The new team members started on April 6, will undergo training for the next three to four weeks, and will be able to provide some reinforcement.

The message Dean wants to share with other credit unions is simple: “This is why we build our capital up.”

“Our capital isn’t to be saved for the next generation when the current generation is questioning whether they’re going to survive a crisis like we’ve not seen in our lifetimes. If there ever was a time when you need to step out of your comfort zone and do anything and everything for your members because we’re a member-owned cooperative, now’s the time. And that’s what we’ve done.”