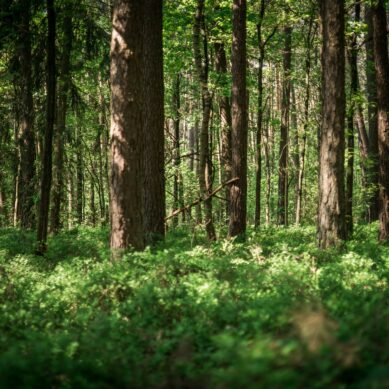 Can Elections Indicate an Organization’s Relevance for its Members?

The Keys to a Successful Member Onboarding Process 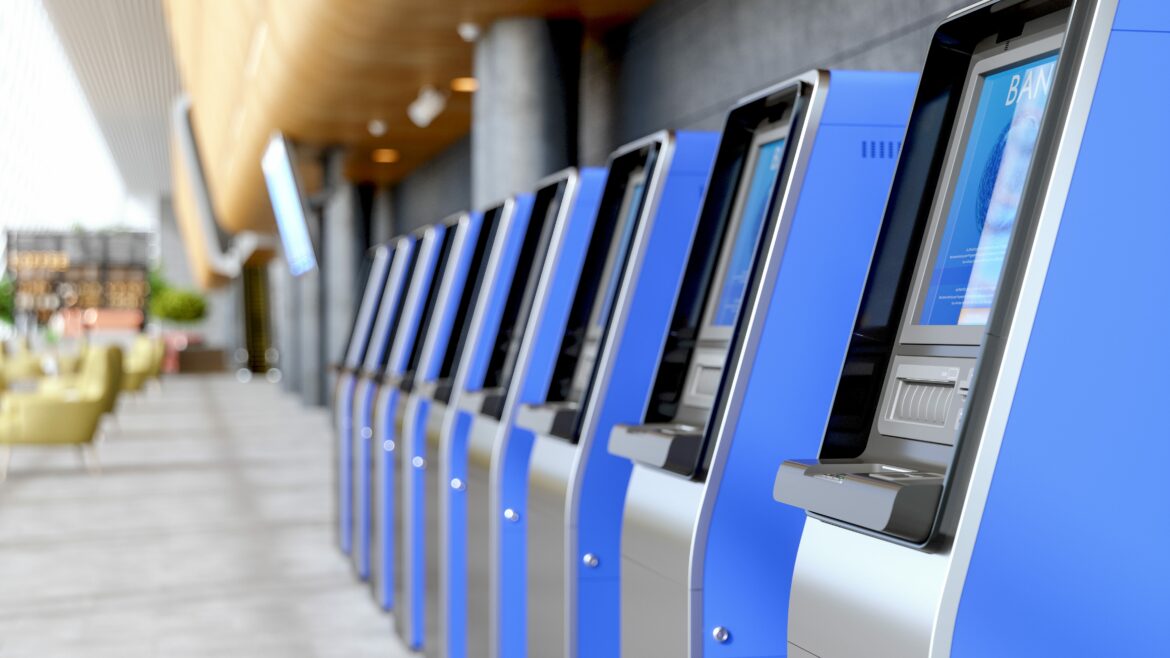 Rick Preble, CEO of RVA Financial Credit Union in Richmond, VA started on a journey in late 2019 to champion an integration between his core processor, CU*Answers’ CU*BASE and Hyosung’s Branch Transformation solution. At the time, Preble owned three Hyosung model 7800d machines which he was effectively using as ATMs, but his vision for them was much larger.

Day in and day out, Preble watched tellers conduct simple, mundane tasks that didn’t require a human being. Tasks that could easily be handled by a machine. His thinking went, if he was going to be paying people, he wanted them doing tasks only people can do–or at least do well. In following that goal, he wanted to enable functionality in his current Hyosung machines via integration to their core system that would allow members to self-serve a greater number of transactions than they could typically do via the ATM network.

His vision was then to repurpose the tellers to interact with members to assess needs, assist them, and cross-sell products and services as they came into the branch. His hope was to reduce overhead costs for performing routine tasks and reinvest that into earnings from sales all the while providing better member service.

First, Preble had to convince Hyosung and CU*Answers to collaborate on his behalf. As a CUSO owned by credit unions, CU*Answers was eager to participate. In fact, the CUSO was already in the process of connecting this sort of hardware to CU*BASE, just to learn from it and see what it might mean to create a “remote tellering” solution via a tablet or otherwise.

Still, there were Non-Disclosure Agreements, competing business objectives, and more to juggle. Nonetheless, they pushed through, got to the table, and discussed features, designs, and what needed to be done. A specification was born! Bids were provided and funding was agreed upon on all sides. What boils down to one small paragraph here was, in reality, six months of designing, discussing, and documenting in practice.

Within a few months, development began at CU*Answers and Hyosung. They met weekly, discussed the project, and kept pushing along all the while coming to better understand each other and their mutual solutions. The project was starting to make headway and all seemed to be going according to plan.

A pandemic-sized wrench in the plan

Enter COVID. While progress was occurring (albeit slowly), the project was pushed back on the calendar and ultimately put on hold due to other priorities at Hyosung.

As for RVA Financial, they were forced to close their lobby during the pandemic in 2020. Their lobby was only open by appointment. Still closed in 2021, these restrictions changed the business, but it also changed the vision long term. Preble and his board realized they could leave their lobbies closed long term as it pertained to teller lines. No longer did RVA Financial just want self-service kiosks, they wanted to eliminate in-person teller lines altogether, adding video tellers to the vision going forward.

Before diving in headfirst, RVA had to do their research and study their teller line transactions to determine whether the project was feasible. How many members were using the teller line for basic transactions and how many were using it for complex issues or questions?

“Essentially,” Preble explained, “we needed to compare what our members were coming to the teller line for with the capabilities of the machine. In other words, were we kidding ourselves that the machines would be able to provide appropriate services to our members, or would they just want things the machine couldn’t do? At the end of our study, we learned most of what the members wanted the machines could do.”

According to the data RVA obtained (referenced below), nearly 95% of RVA’s daily teller line transactions were basic activities such as deposits, withdrawals, cash back, etc. with the other 5% being slightly more complex transactions. These numbers were plenty to convince the credit union that a zero-teller lobby and drive-through was entirely possible. However, they were well aware that while it was clear members logically had no need for tellers, some members may not have been willing to sacrifice access to them.

Preble noted, “We did expect that we may lose a few members over this new persona of the credit union, but in the end, we felt it was worth it. While some members we expected would move on for a more personal touch, this would attract others and allow us to serve markets with the convenience of a kiosk, yet with the backstop of a video present teller where otherwise we couldn’t put brick and mortar and a physical body. We felt this was a more solid path to the future for our credit union.”

After this realization, RVA doubled down on the technology, bought more machines, and walled off its teller line. They even decided to add more machines to the drive-through, and soon their classic in-person teller and the drive-through line became history. That’s a bold move, but was it worth it?

The light at the end of the tunnel

On February 14th, the teller-free credit union went live with RVA’s members, and it quickly became clear that the work had been worth the years of effort. Their members loved the update and were responding with glowing reviews, noting their excitement for 24/7 access to the new technology and the new capabilities they provided. Only a few noted their preference for in-person tellers.

“I see light at the end of the tunnel (and no it is not a train coming at us),” Preble added. “This going live with members in earnest has marked a milestone in a vision that ended up in a different place than it started.”

“Our staff has made all the difference. They have been and continue to be the ambassadors of ITMs and speak of all the great things the ITMs can do. Our members have embraced using the devices mainly because our staff concierge the service/device—walking each member through using the device shoulder to shoulder. Of course, it also helps that the devices are available 24/7 and there are no teller windows left to choose to avoid the ITMs.” 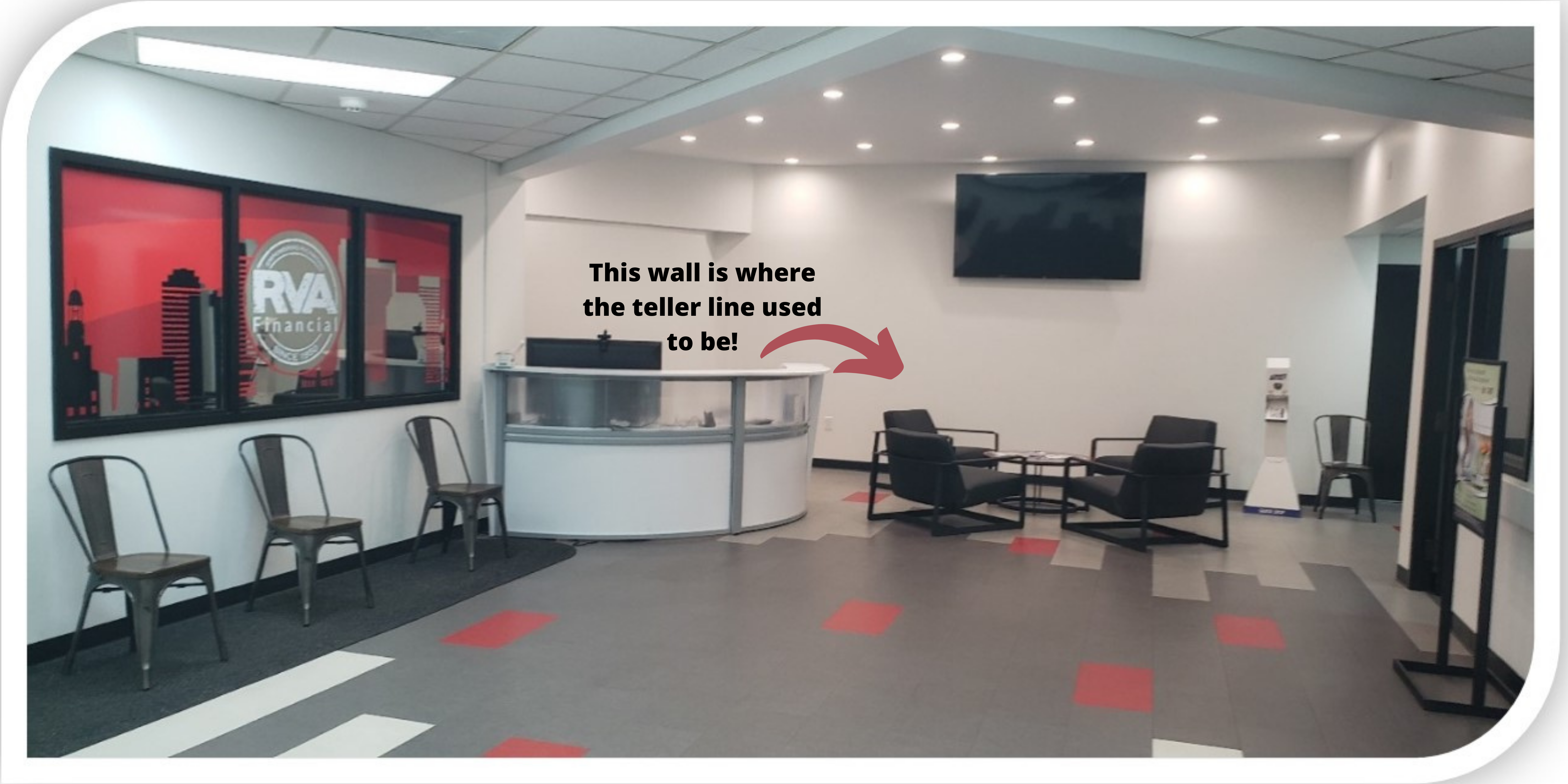 The path to integrate this technology started off as a neat experiment and a curious endeavor. It ended in a viable solution that can help weather pandemics, provide flexibility, and even help credit unions remain viable. There are many others in line to follow RVA’s footsteps, maybe not eliminating teller lines altogether, but certainly to leverage the technology as a part of their solutions. It will be interesting to watch as this unfolds into the future in more environments and business models.