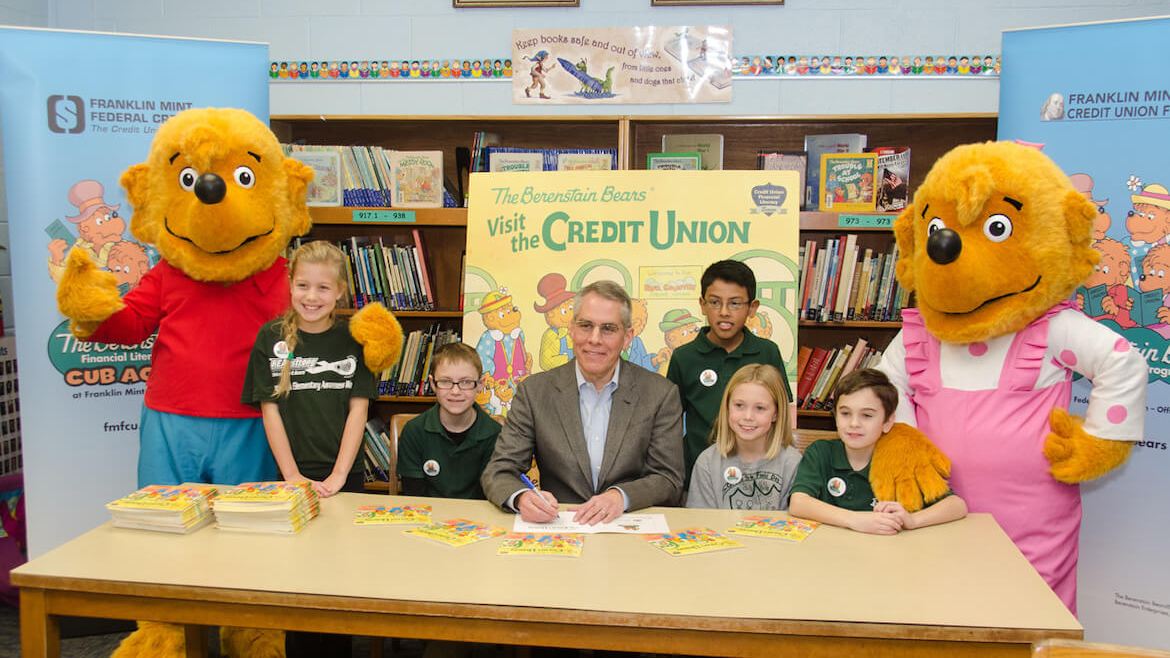 When it comes to finances and financial literacy, children can often get overlooked in the conversation. This seems like a logical decision because, well, they usually have no money, bills, or bank accounts, and are often years away from these things. Why teach financial literacy now when they won’t need it for a long time? Isn’t it better to wait until they can fully understand the impact of financial decisions?

However, as we’ve noted before, it is critical to teach financial wellness and engrain responsible money habits into children and teens so that by the time they do have a relationship with money, they know how to make smart choices from the beginning. Research has shown early financial literacy education is effective and often stops them from developing bad habits.

Credit unions often find ways to get kids involved with the credit union with small savings accounts and such, but if your credit union is interested in finding a new way to connect with younger kids and help them understand financial responsibility, you might consider joining the Berenstain Bears Financial Literacy Club.

Rick Durante, Executive Director of the Franklin Mint Federal Credit Union, and his team were looking for ways to make financial literacy fun for kids while also educational. During their research, they came across the Berenstain Bears book, Trouble with Money, in which the bears learn the importance of being responsible with money and decide to deposit their funds into a new bank account.

The book was a stroke of inspiration for the credit union. It perfectly summed up the message that Franklin Mint wanted to convey to kids. Using the book, the credit union set out to create a kid’s financial literacy program. The intention was to bring the book to schools in the area, read it to them, and follow up with a lesson plan created by Franklin Mint.

However, there were two pieces of the puzzle the credit union was still experimenting with. First, the book, while perfect for the lesson, featured a bank instead of a credit union, and Federal Mint began to wonder how they could adapt the book to reflect credit unions instead. Second, the space in their headquarters they hoped to turn into a financial literacy center sometime in the future was still going unused, but this new program seemed like the chance to do something with it.

And so they devised a plan to bring all elements of the puzzle together to create a collaborative financial literacy program for kids.

Getting the project off the ground 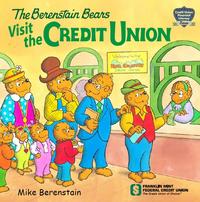 And grow it did, bringing Bear Country Credit Union to life along with it. The 1,100-foot exhibit featured at Franklin Mint’s headquarters brought the credit union vision into the world of the Berenstain Bears. Having brought in children’s museum designers to create the space, the “credit union” was a colorful and educational play center for school groups and kids to learn and explore (see photos below).

As for the book itself, the Trouble with Money was altered to prominently feature a credit union. But they didn’t stop there. Mike Berenstain went on to author an original book for the program titled, the Berenstain Bears Visit the Credit Union, which mirrored the experience children would have as they came into the credit union.

Durante noted that this was the first time the Berenstain Bears had partnered with an industry to make original content for them, and more so, the first time a book featured major children’s characters actually visiting a credit union. “The book really promotes the value of credit union membership while also encouraging the main component of the program which is to save, spend, share, and earn. So we’re trying to teach kids to do that wisely and through the credit union.”

“The original plan,” Durante noted, “was simply to use the program at our credit union, but we realized very quickly that there were so many other credit unions that could benefit from what we had created. But we needed a method for expanding on and distributing the program.”

Thus they decided to form a CUSO⁠—the Credit Union Network for Financial Literacy⁠—to run the program and market it to credit unions looking for ways to get involved with financial literacy.

“We were just very excited to offer this program to other credit unions and never imagined it would grow the way that it did. Starting from that little ask of, ‘Hey, could we do something with this book?’ to bringing a financial literacy program to credit unions around the country…it’s very exciting.”

The program is open to any credit union that wants to be involved and they’re able to do as much or as little with it as they want. But how does the program work for each credit union?

What the program covers 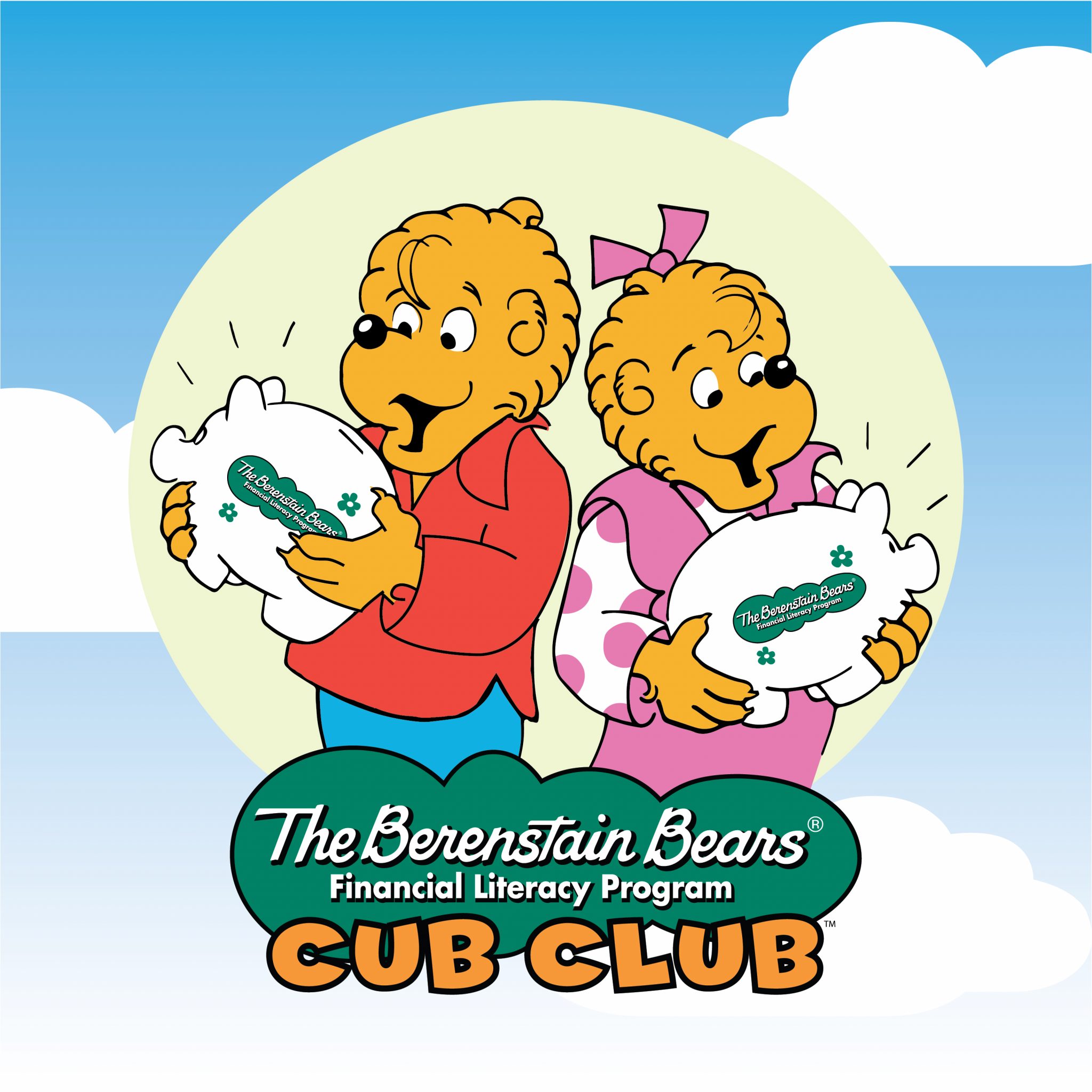 Furthermore, there’s both an educational and marketing aspect to the program. Educationally, credit unions use the materials to go out to schools using the book and lesson plans to help kids save, spend, share, and earn. On the marketing end, the program is also a way to attract new members with the Berenstain Bear branded kid’s savings account⁠—the Cub Club.

Typically, the opening of the Club account comes with incentives, though it’s up to each credit union to determine what they want to offer. For Franklin Mint, they offer a higher interest rate on those savings accounts (up to a certain amount), as well as a piggy bank to store their savings at home in. If they fill up the piggy bank, they can bring it in for a deposit, and the credit union will match it up to $10.

The program now and in the future

As with just about everything else, the program had to shift gears when the pandemic hit in 2020. As credit union branches were closed, Bear Country Credit Union also had to shut down its lobby and it became essentially impossible to continue going to events, teaching in schools, or bringing student groups into the credit union.

However, necessity is the mother of invention, and the Berenstain Bears Financial Literacy Program was not about to quit. They just had to change course. If kids couldn’t come to the credit union, the credit union could come to them. And so, the program created a mobile version of the program, filled with components of Bear County Credit Union, props for lessons, and costumes, and began bringing it to schools.

Financial literacy is the responsibility of credit unions

Regarding financial literacy month, Durante spoke on the importance of credit unions participating not just in April, but every month to increase their members’ financial wellness.