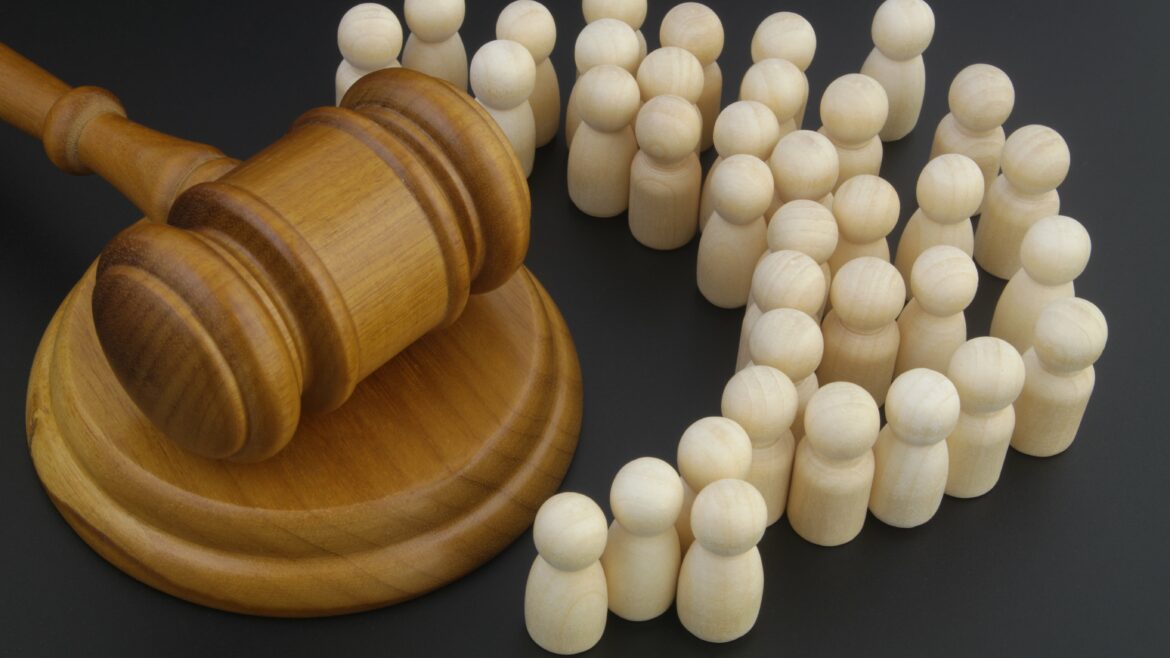 Overdraft class action lawsuits remain one of the most serious risks facing credit unions. Overdraft class action lawsuits are relatively easy to file and can create multimillion-dollar payouts for law firms. Credit unions should not assume a small membership size or remote location is protection against these lawsuits. Because they are so lucrative, law firms advertise to consumers on their websites, touting multimillion-dollar settlements and frequently demonizing banks and credit unions alike as engaging in illegal or unfair practices.

Modern banking allows debits and credits to apply to an account before funds are settled between institutions and posting the transaction to the account. The ledger or actual balance is the net sum of all posted credit and debit transactions against an account, while the available balance keeps track of outstanding debts that have not been settled and credits that have been posted but not cleared.

If a financial institution reorders transactions from high to low regardless of when the transactions are processed, a consumer can incur significantly more fees. In the example below, the consumer spends the exact same amount of money on the same day and by the end has the exact same negative balance of -$60.

Although financial institutions claimed consumers received a benefit in “high-to-low” processing as a customer service that ensured important payments such as mortgages or car payments were handled first, this practice has been consistently held to be a violation of UDAAP.

As disclosed to the consumer: the credit union discloses that overdraft fees will only be charged when there is not enough money in the account to cover the transaction.

As actually determined: the credit union ignores whether there is money in the account and instead makes an automated determination based on the internal calculation of the available balance.

The allegation is that the use of an internal available balance to calculate overdraft fees rather than the money in the account to determine whether a transaction results in an overdraft fee violates consumer rights if not disclosed.

By law, credit unions cannot charge consumers overdraft fees on ATM and most debit card transactions unless the consumer has agreed (“opted in”) to these fees. Recently, courts have held that standalone use of Regulation E’s model form A-9 for opt-in overdraft coverage is not a safe harbor from overdraft litigation. The model form does not address which account balance calculation method is used to determine whether a transaction results in an overdraft. Forms provided by consulting firms or trade associations are also not a defense in these cases.

Multiple fees on the same transaction

The theory on these cases starts when a credit union’s account agreements and fee schedules state that only one overdraft or NSF fee will be charged “per item” or “per transaction.” However, the same item is eligible to incur multiple overdraft and NSF fees when that item is returned for insufficient funds and later re-presented one or more times.

The argument of the law firms will be that the original and resubmitted transactions are the same “item,” and therefore the assessment of more than one NSF or overdraft fee for that single “item” violates the account agreement or fee schedule if these state fees will be assessed on a “per item” basis.

This claim by law firms argues credit union’s account agreements and disclosures do not permit overdraft fees to be charged on items authorized on a positive account balance. Here’s an example of where a transaction can be authorized during a positive balance but settle as a negative balance.

Say a customer initiates a debit card purchase of $70 at a time when they had a $100 positive account balance and the institution authorizes the transaction; a hold is then placed on the customer’s account. Theoretically, they would have a positive balance of $30 left.

However, before the merchant submits the debit card purchase to the institution for payment, a check for $50 posts to the customer’s account, reducing the balance available from $100 to $50. So when the merchant presents the debit card purchase for payment, the customer’s account balance is no longer sufficient to cover it and they incur an overdraft fee, despite having the funds to cover it when the transaction was approved.

Regulation D was promulgated to ensure financial institutions have sufficient reserves by encouraging consumers to save money. Credit unions were allowed to charge fees if consumers had more than six withdrawals (“convenient transactions”) a month.

This is a new theory, alleging sustained overdraft fees constitute interest charged by the financial institution for the use, forbearance, or detention of the money it has loaned to its customer by advancing the funds necessary to pay an overdraft. This theory has not yet been accepted by a court but has received support in some legal circles.

There is no way for a credit union to prevent litigation around overdraft fees. There are ways for credit unions to reduce the risk of overdraft class action lawsuits, by carefully reviewing disclosures and terms.

The overwhelming common thread in overdraft cases is when the credit union fails to accurately disclose the precise method in which overdraft fees will be charged. All overdraft communications and disclosures need to be consistent, including printed and online materials.

Descriptions of overdraft practices should also be as clear and unambiguous as possible, especially with respect to high-risk practices such as transactions authorized on a positive account balance that can incur overdraft fees. Note that law firms are constantly advancing new overdraft claims and theories, and credit unions should ensure they and their counsel are up to date on the latest lawsuits.

Having accurate FAQs as a resource for members can also help a credit union with a defense against an overdraft class action lawsuit. These FAQs could include answers to the following questions:

Other considerations for managing overdraft risk

In addition to the other mitigation options, there are some further considerations for overdraft class action risk mitigation.

Be open and clear

As stated above, there is no way for a credit union to prevent litigation around overdraft fees, but by ensuring your credit union is open and transparent with how they calculate fees and handle member opt-in and opt-out, they can significantly decrease their chances of facing litigation. Review your credit union’s practices and paperwork to uncover ambiguous phrasing that could lead to confusion.

The History of Check Processing