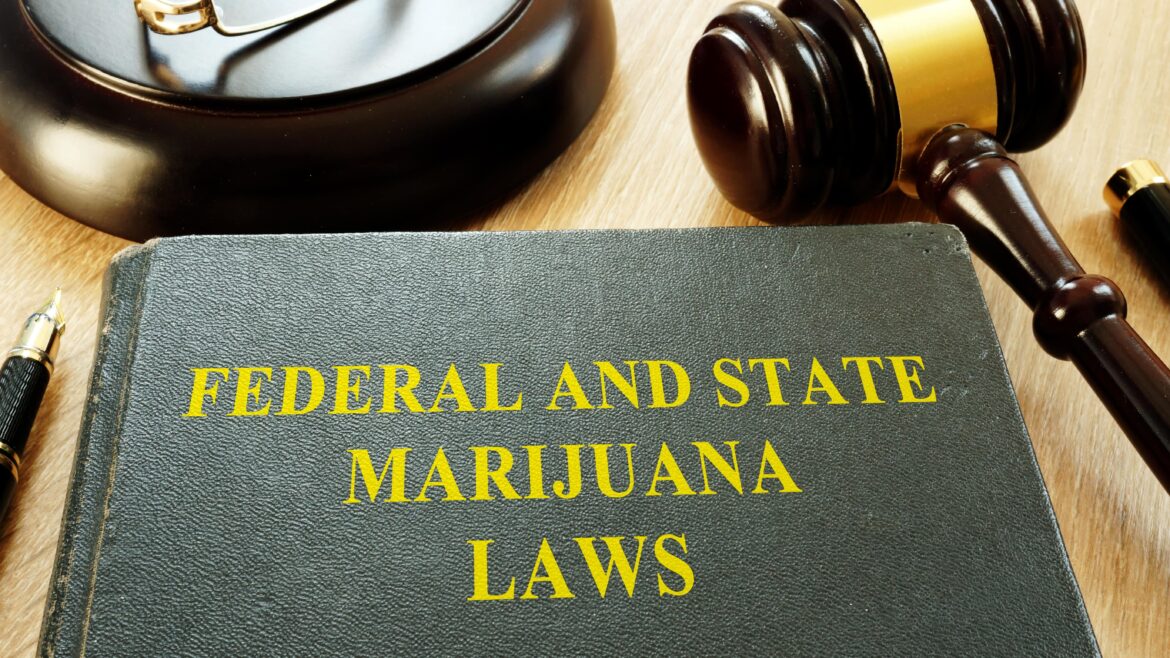 With a Little Help from Our Friends: What Credit Unions Can Do to Prepare for Cannabis Banking Partnerships

As previously reported, the SAFE (Secure And Fair Enforcement) Banking Act easily passed the House of Representatives in April 2021, and now sits within the Democrat-controlled Senate waiting for committee action. The SAFE Banking Act prohibits a federal banking regulator from penalizing a depository institution for providing banking services to a legitimate cannabis-related business. As both opponents and supporters of the bill agree that it is likely the bill will pass sometime in early 2022, financial institutions continue to face the ultimate question: to bank with cannabis or not?

*These terms are used interchangeably, with most regulators using MRB to match legislative verbiage, and most on the business side using CRB to match industry terminology.

It’s easy to get caught up in modern ideologies of cannabis, but without understanding where the CRB has come from, how can one understand its trajectory into the future? Without getting too deep into the fascinating, fraught, and complex history of cannabis in the United States, the current age of cannabis prohibition began in the United States around 1911, as states began to ban the use of “Indian Hemp” and a wave of other states enacted laws to penalize use and possession.

However, outside of the eras of Reefer Madness and the War on Drugs, most look to 1970 and the Controlled Substances Act that classified cannabis as a Schedule 1 drug, prohibiting its use for any purpose and leading the way for an ongoing drug war that has shaped the landscape.

Since the Controlled Substances Act, many states have fought battles to decriminalize possession and recognize the medical value of cannabis, with California leading the charge to become the first state to legalize medical cannabis in 1996. The next decade and a half would see more states legalizing medical cannabis under strictly enforced yet nebulous legislation that left cultivators and purveyors in a lurch of legal limbo.

Not until 2012 when Colorado and Washington became the first two states to legalize recreational-use marijuana, and public support for legalization efforts rose rapidly, did the notion of CRBs asking financial institutions for their trust in financial partnership become a reality. Now that marijuana is legal for adult use in 18 states and Washington D.C., legal for medical use in 37 states, and the SAFE Banking Act is confidently on the table, can credit unions begin asking the same questions: what can we do to grow our assets by safely and legally serving cannabis related businesses?

Right now, cannabis businesses are cash-based operations. It doesn’t take much conjecture to understand why an industry worth over $17 billion would want to avoid handling that volume of cash. In order to thrive and continue to expand, CRBs need access to financial services. CRB owners face challenges without a financial institution, such as the inability to accept credit cards for payment, inability to traditionally invest, difficulty in paying bills, higher upkeep through money orders alone, risk of high volume of cash on hand, no referential bank statements or proof of credit worthiness, and the possibility of heavy IRS penalties.

Chris Silva, co-founder of the West Michigan Cannabis Guild, current Account Manager at Redemption Cannabis and board member of the Redemption Foundation, says that while cannabis businesses are run by a group of hardy, savvy, and hardworking individuals, the growth of the industry under cash is becoming untenable. Silva, a longtime political activist who has worked as the campaign manager for MI Legalize, the organization that fought to bring adult-use cannabis to the ballot in Michigan, has long been experienced in the industry as a consultant and also as a retail manager. He wants to see partnerships with financial institutions succeed, but first wants financial institutions to understand the root of the problems faced by CRBs.

Silva says, “To start, cannabis businesses have trouble finding financial institutions willing to deal with us at all or in a fair way, like debit/credit card processing at a market rate. In order to grow, even within the industry, it’s hard for mom-and-pop CRBs to raise capital to compete with multi-state operators that can pull capital from thin air. This is why we need credit unions in our communities to cultivate these partnerships with us. Reaching scale is the hardest when you need to bootstrap it all, so pricing will be a differentiator when the SAFE Banking Act becomes law.”

Highlighting the urgency of fair rates and opportunities needed by the CRB industry, Silva continues, “CRBs have to deal with an ever-changing compliance framework on the products, packaging, and distribution alone that makes things pivot and can ultimately come to affect our bottom line. This is like any business and the margins matter; the extra 7%-10% fee on debit is a big deterrent for many retail CRBs. CRBs need access to capital at market rates, along with many of the merchant services found at traditional brick and mortar establishments, also at a fair market rate.”

Clearly, CRBs are successfully serving their customer base in a way that has shown steady growth with no signs of stopping. So, with the horizon looking promising, what can credit unions do now to prepare for the influx of businesses that will soon be seeking services?

Upwards of 600 banks and credit unions across the nation have already gone out into the world of CRB banking with mixed results. In February 2021, the NCUA issued a cease-and-desist order to Live Life Federal Credit Union, a $69 million credit union based in Fraser, Michigan, citing failure to comply with marijuana banking regulations and ordering the financial institution to stop opening new cannabis accounts.

Michigan-based Frankenmuth Credit Union is moving forward with its recently announced program, Envy, which will begin slowly onboarding CRBs throughout the remainder of 2021. “It was important for Frankenmuth Credit Union to provide banking services to cannabis-related businesses, but it was also important that we did so in the right way,” CEO Vicki Schmitzer shared in a press release. “This meant conducting extensive research into what the industry needed and developing a compliant program around those needs.”

Extensive research scratches the surface of what credit unions can do now to prepare for upcoming CRB onboarding. The Michigan Credit Union League (MCUL) provided a preparation checklist for credit unions who are considering servicing CRBs:

Conversely, CRBs have some groundwork to do as well, says Silva, who as a consultant has helped groups with their Michigan Medical Marijuana Facility License Act (MMMFLA) and Michigan Regulation and Taxation of Marihuana Act (MRTMA) licensing. “I think the thing most CRBs will need to do to prepare are the same things all small business owners will need to do; prepare their records and accounting in a way that makes it easy for credit unions to assess the potential risk and general credit worthiness of their endeavor. This would include staying at the highpoint of compliance, as all the laws allowing cannabis cultivation and retail are contingent on those rules and procedures being followed. Actors with bad histories of compliance could be potential credit risks.”

Credit unions and cannabis businesses in the future

The exhaustive (and exhausting, we won’t lie to you) preparatory steps that both industries must take to enter into successful financial relationships, the risks associated with these business transactions even following positive legislation, and the sheer volume of work that will be required to set up shop are not without reward.

Linda Bodie, Chief + Innovator of Element Credit Union, a $35M shop in Charleston, West Virginia, said in an interview with CU Today that she expects her credit union’s contractual partnership to be the financial institution of the medical marijuana program for the state of West Virginia to be a catalyst for growth, for both her assets and her compliance staff.

Silva says, “I think there will absolutely be long term gains for financial institutions moving forward. It would not seem strange to see trade credit unions formed around the ever-growing cannabis industry. Spreading around new members in a fast-growing industry can only help financial institutions grow and prosper on all of their varied loan and other services.”

Many in both the cannabis and financial industry agree that cannabis banking legislation will ultimately lead to larger legal precedents of sweeping cannabis reform on a federal scale. Silva summarizes, “when full federal legalization comes, there is optimism in the industry that the extra fees and costs affiliated with cannabis accounts will be more in line with the market, as the main risk (federal laws) will be mitigated.”

Redemption Cannabis is a social equity brand of cannabis products sold in regulated stores throughout Michigan. A portion of profits go to a foundation that gives to groups fighting to get cannabis prisoners out of jail, expungement clinics, and much more to help people who were hurt by the prohibition of cannabis. Learn More About Their Work

NCUA Board to Consider Final CUSO Rule on October 21