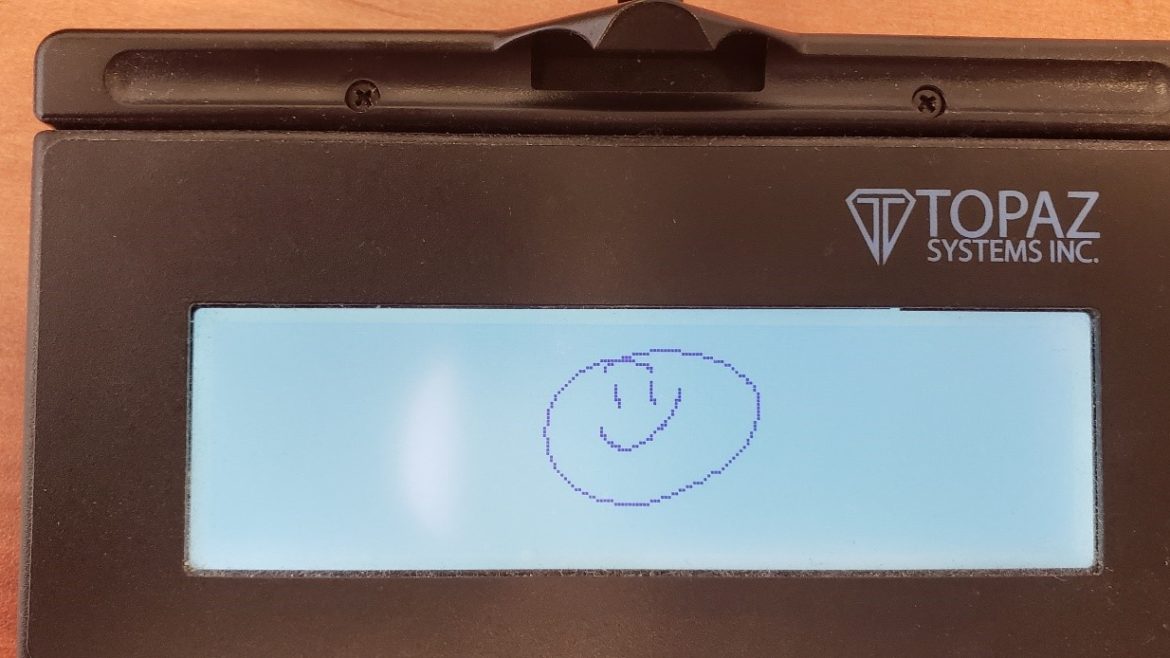 Is a smiley face a legal eSignature? I got this question just the other day from a credit union. This question stemmed from a member who was eSigning a document on their mobile device and decided to use their finger to make a smiley face versus drawing their actual signature, much to the credit union’s dismay. I’ll start by saying that I’m not attorney, nor do I pretend to be. I ALWAYS recommend that a credit union consults with their local counsel. That said here are my thoughts on this…

What does the eSIGN Act say?

There are many laws and public acts that cover the use of electronic signatures, most notably the eSIGN Act (Electronic Signatures in Global and National Commerce Act) which passed in 2000. This federal law made electronic signatures legal and enforceable. Now then, that doesn’t mean that with the stroke of a pen all the businesses of the United States immediately started accepting electronic signatures. To the contrary, the question posed above is evidence this has been a slow go. The question speaks to the fact we as an industry are 19 years beyond the passing of the law and still grappling with the nuances of it all.

Maybe the member in question was exercising a bit of artistic freedom. Perhaps they were thinking if they drew a smiley face, the credit union couldn’t enforce it and no court would take seriously that mark as a legal signature, least of all theirs as it doesn’t match visually with their hand-written signature. They would be wrong. Specifically, the eSIGN act states, “The term “electronic signature” means an electronic sound, symbol, or process, attached to or logically associated with a contract or other record and executed or adopted by a person with the intent to sign the record.” So, in this context a smiley face, an “X” or any other mark used by the member for the intent to sign the record is a valid and legally binding electronic signature.

Not as black and white as that

Now that said, it’s not quite that simple. Whether or not the signature is enforceable will depend upon the process in its entirety, not just that one mark but the mark alone does not make it unenforceable. The eSIGN act is very specific about conditions of the process around the electronic signature that make it enforceable. For example, you must provide the consumer with notice of what hardware and software is required for access and retention of electronic records. You must inform them of their right or options to obtain paper, scope of their consent, right to withdraw consent and so on. If, however you comply with the provisions, then the smiley face is very much legally enforceable.

Still, all that feels pretty “squishy” to a lender to see a smiley face where a signature goes on a loan note for $50,000! The root of the problem is electronic signatures are seen as new with no history of enforcement versus tried and true written signatures, making them risky. Would it surprise you to know the first case law dates back to 1869! That’s right! Howley v. Whipple (48 N.H. 487 (1869)), the New Hampshire Supreme Court determined: “It makes no difference whether [the telegraph] operator writes with a steel pen an inch long attached to an ordinary penholder, or whether his pen be a copper wire a thousand miles long. Nor does it make any difference that in one case common record ink is used, while in the other case a more subtle fluid, known as electricity, performs the same office.”

One way to prevent those shenanigans

For those squeamish about the thought of a member signing with a smiley, we put a feature in our eSignature product to force a representation of the user’s name. By doing so, it removes the ability for members to make smiley faces. In the end, electronic signatures can be a great convenience to members and credit unions, and they can be very much legally enforceable, but they need to be done right. Remember have your counsel verify your process so that you are comfortable!

Your Approach to Online Banking May Leave Your Members Vulnerable

The Logic and Lipstick of GUI Design