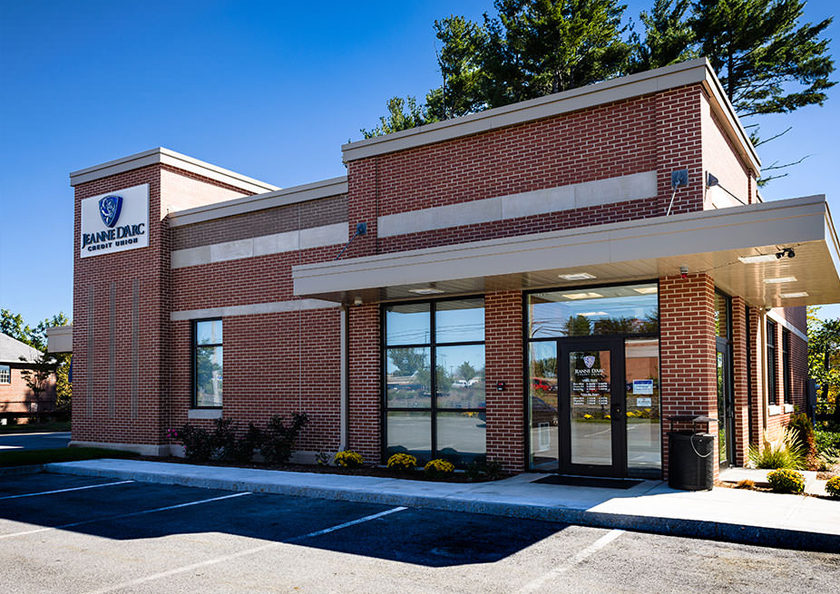 After the first year of operations, Jeanne D’Arc reported $6,063 in total assets. In December 2021, the number was $1.8 billion. This is a compound annual growth rate of 12.25%. The credit union’s history, like its namesake, is an example of human determination and independence. It also demonstrates a credit union continually expanding its role as a “civic trust.”

What can credit unions learn from the example? Can this longevity provide perspective as credit unions evaluate multiple business alternatives today such as mergers, greater size and even buying out local banks? I believe there is much to be gained from their history. For the fundamentals of cooperative success have not changed because they are embedded in coop design.

The credit union opened in 1912 in St. Jean Baptiste Parish on Merrimack Street, in Lowell MA, to serve the Franco-American Community. It was founded by a catholic priest adapting Canada’s Caisse Populaire financial model to serve French-speaking immigrants in an area known as Little Canada.

These workers who provided the labor in the local weaving mills were an early example of an entrepreneurial enterprise “cluster” that might today be described as a “textile silicon valley.”

In the decade that followed, the credit union closed over 252 first mortgages helping members move away from the noise of mills to resettle in the fast-developing Pawtucketville neighborhood. Today almost 85% of the credit union’s loan portfolio is first or second mortgages.

Over the years the credit union has grown steadily as membership expanded out from Little Canada, first to the adjoining area known as the Acre, and eventually migrating to the surrounding suburbs and beyond.

The Acre was the historical entry point for succeeding waves of immigrants. These included Greeks, Irish, and more recently Cambodian refugees and Hispanics. Lowell today has the second-highest population of Cambodian arrivals after Long Beach, California. The credit union has always been known as a safe place for these newcomers to put their money.

The credit union’s roots so run deep that until 1977, all board meetings were conducted in French. Mark Cochran is only the 7th CEO. When he moved to Lowell from New Jersey the members would tell him stories about the credit union’s long history in the community.

At the time the credit union had begun rebranding itself as JDCU. Mark returned to the original name, Jeanne D’Arc, and reemphasized the credit union’s long-time commitment to the area. He set a priority that the credit union should also be celebrating its heritage in addition to members’ stories.

Jeanne D’Arc’s focus is the foundation of every credit union, that is, it is a movement by and for people, not a financial growth machine.

The most critical outcome of this design is the trust earned with members. Their loyal relationship means the credit union can go out on a limb to help those with damaged credit or no credit at all. Paul McDonald, the cooperative’s vice president of residential and consumer lending, admits the credit union makes loans his previous community bank employer wouldn’t have, and that’s OK.

A commitment to community

These loans nourish the community and members’ roots with its long-standing lending priority of helping members buy homes in the local community. “When they move in this part of the state, it is traditionally only 5-10 miles away,” says Cochran.

In the construction of its new head office, Tremont Yard, the site is on the base of the remaining historic brick foundation of the Tremont Mills Power House, dating back to the 1840s. “We’ve got a legacy that means something,” Cochran says. “Building on this historical foundation fits our legacy.”

It was also an investment to revitalize this commercial area of Lowell.

“We’re committed to staying on the street where we were founded and giving back to this area that’s been so good to us. People are shocked when I tell them about our history. They don’t believe we’re this old and still in Lowell,” according to Robin Lorenzen, chief marketing officer.

This sense of place determines not only its branch network including those in three high schools but also how it distributes time and money to meet local needs.

Reinvesting resources in the community

In recent years, the credit union has granted $240,000 to the Lowell Development and Finance and Energy Fund, hundreds of thousands annually from its “We share a Common Thread Foundation” to over 100 local organizations as well as similar amounts directly from the credit union.

These organizations range from local little league teams to Megan’s House, an addiction recovery center for young women, to Lazarus House, a shelter and soup kitchen, to direct donations to members to pay home heating bills in winter.

Employees have volunteered almost 10,000 hours annually to make their communities a better place to live. “We have a reputation for giving back and being visible at our local institutions and their events,” says Cochran

A strategy based on legacy

The credit union’s century-long record of service was implanted with its origin story. It remains literally grounded in the communities of its members and continually reinvesting and attracting more members from new arrivals. It is familiar with its communities and known by its members. It becomes their primary financial home.

From “saving at school” elementary programs to educating and recruiting employees through their high school branches, to donations to senior retirement communities, the credit union connections last a lifetime.

Tying everything together with culture

The credit union weaves the threads contributing to its success by creating a culture of service.

“Building a culture of service starts in the hiring process. We seek people with a heart to serve,” says Cochran.

The unique capacity of cooperative design

I believe there are two additional elements in Jeanne D’Arc’s success that are often overlooked because they are inherent in the cooperative structure. The first is the belief in local ownership as the foundation for vibrant communities. The second is continuing to mine a niche that is so well developed that even much larger competitors cannot hinder its continued expansion.

“We’ve not strayed from our roots, we’ve just changed how we do it,” observes Cochran.

This is an era when some believe the future can be secured through boundaryless markets, technological innovation, or acquiring other financial institutions.

The 110-year message of Jeanne D’Arc is that dedicated consistent implementation of traditional cooperative “knitting” advantages can underwrite a resilient future. One resulting in annual growth in excess of 12% for over a century.

Cochran’s future goal is straightforward: “Our members will speak in glowing terms about the institution and its work on behalf of their communities.”

An Engineer, a Designer, and a Business Manager Walk into a Bar…