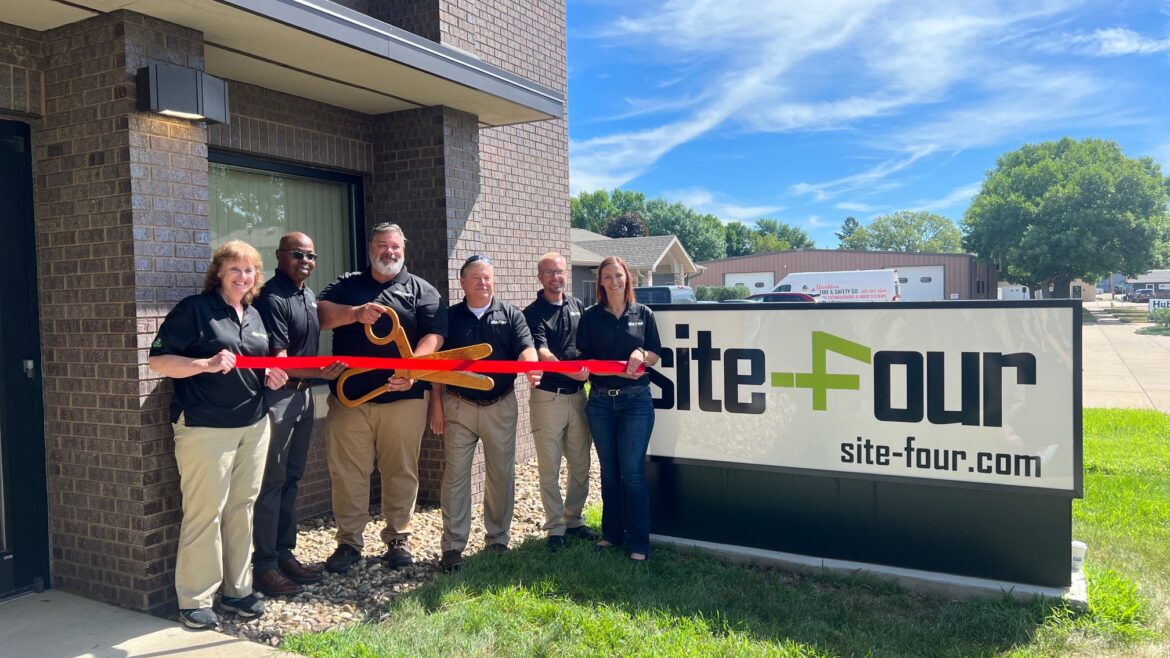 Founded as a means to provide data solutions, Site-Four and its employees work around the clock to ensure that credit union data and critical functions remain operative during disaster events and crises. And for the past decade, that’s exactly what it’s done.

In honor of the event, we took a trip down memory lane to learn more about Site-Four, how it started, and hear from both its founders and clients.

Site-Four was originally created as a solution to a variety of needs the original collaborators had. According to Randy Karnes, then CEO of CU*Answers, there were two main drivers behind the decision.

First, the cuasterisk.com network including CU*Answers was in need of a data center solution with high availability capabilities. Second, Explorers Credit Union, (Services Center Credit Union at the time) a successful self-processing credit union handling operations for both themselves and two other credit unions, was “looking to leverage its investment in a prime data center and increase activity and returns.”

According to Karnes, the two needs “blended well and set the stage for a new level of collaboration. One in which the collaborators were dedicated to the new solution.” That solution being, of course, Site-Four.

But Karnes notes that the process, though rewarding, was not always easy. The founders needed to juggle multiple and often competing ideas and visions while creating a shared business. Furthermore, they needed to establish the center and hire a CEO in South Dakota.

To ensure Site-Four could service credit unions in disaster events, it was essential that the building remained disaster-free and structurally sound, another problem the founders had to solve. To do this, the Site-Four data center was built using reinforced concrete in its walls and ceiling to ensure it could withstand even the most extreme of South Dakota weather conditions.

But the effort paid off. Site-Four was opened for business on July 28th of 2012 and has since grown to serve half a million credit union members. The original collaborators are still invested in the vision, which has expanded and found more passionate supporters looking to get involved.

Since its opening back in 2012, Site-Four has grown significantly. In 2015, Alan Rogers was named CEO, and together with Board Manager April Thompkins and the Site-Four board and staff, the CUSO has become a critical tool and service for credit unions all over.

Vicki Squires, CEO of Harris County Federal Credit Union in Texas, shared her credit union’s many experiences with Site-Four and how grateful they are for its services.

She wrote about Site-Four’s assistance during disaster events, saying, “During these events, Site-Four is proactive in touching base with us to determine what our needs might be and ensuring a smooth transition in the event our primary site in Houston, TX is impacted. Their dedicated team provides priority service when we need it most – working long hours late into the night to ensure minimal downtime for members and restored connectivity for staff.”

“Communication is key during these events and Site-Four stays in constant communication with relevant team members for the duration, consulting on the timing of rollovers, the status of critical applications, data replication, connectivity, etc.,” Squires added. “Their professionalism, expertise, service, and experience have proven to be an asset to our organization. The emphasis on testing and post-event analysis allows for increased readiness and ongoing enhancements to business resumption plans.”

Additionally, Site-Four has become an integral part of the CU*Answers Disaster Recovery plan, along with member processing at both CU*NorthWest and CU*SOUTH, according to Jeff Jorgensen of Bluestone Federal Credit Union. In the future, the CUSO hopes to service even more credit unions, expanding to reach over half a million members.

Furthermore, they plan to increase their service offers, adding general outsourced IT services to their list, a move which Explorers Credit Union CFO Juliet De Shazer says, “will position this small Yankton business as a player in the national arena.”

A party ten years in the making

In honor of the milestone achievement and the successful collaboration that brought it about, Site-Four hosted an anniversary event and open house last week. Those in attendance included both State Representatives from Yankton County where Site-Four is located, the founding board and staff members, CEOs from surrounding credit unions, and other members of the local community.

“I was extremely pleased with the turnout and enjoyed meeting and speaking with a number of the guests,” said Alan Rogers, CEO of Site-Four. “It was also very heartening to listen to the stories from one of our own online credit unions about how Site-Four played a significant part in their own disaster recovery efforts. Because of what we do here, they were not only able to continue to serve their own credit union members but the community at large.”

In addition to the ribbon cutting and other festivities, attendees were treated to tours of the facility where they learned about Site-Four’s daily operations.

Jan Putnam, CLO of Explorers Credit Union, emphasized the CUSO’s importance in the community. “The Site-Four tour was very eye-opening,” she noted. “It explained where Site-Four began, where it is now and the plans for the future. I can’t believe a small entity in Yankton, SD can have such an impact on credit unions across the country!”

Similarly, Voyage Federal Credit Union CEO Jeff Schmidt said, “[Site-Four] proves that collaboration among credit unions can lead to unlimited accomplishments. It was a fantastic celebration, and I am glad I got to learn about how this CUSO serves credit unions across the country.”

Many years of success and growth to come!

While Site-Four is looking toward the future and the opportunities it might hold, they’re glad to have this time to celebrate a decade of credit union service and all the work they have done to get here.

“We do it day in and day out so it is easy for us to take it all for granted and make it look easy,” said Rogers, “but we have every reason to be proud of what we have accomplished and the work we do here every day.”

As for the founders, they are grateful to see what their original vision and hard work grew into, and how a simple idea now helps credit unions every hour of every day.

When asked if there was ever a time when he absolutely knew Site-Four was going to be a success, Karnes said, “That time for me is each day that Site-Four completes an operating cycle for its credit unions, and they complete a full-service day for their members. One day at a time for our clients and their dreams and goals.”

Here’s to another decade of success, Site-Four!