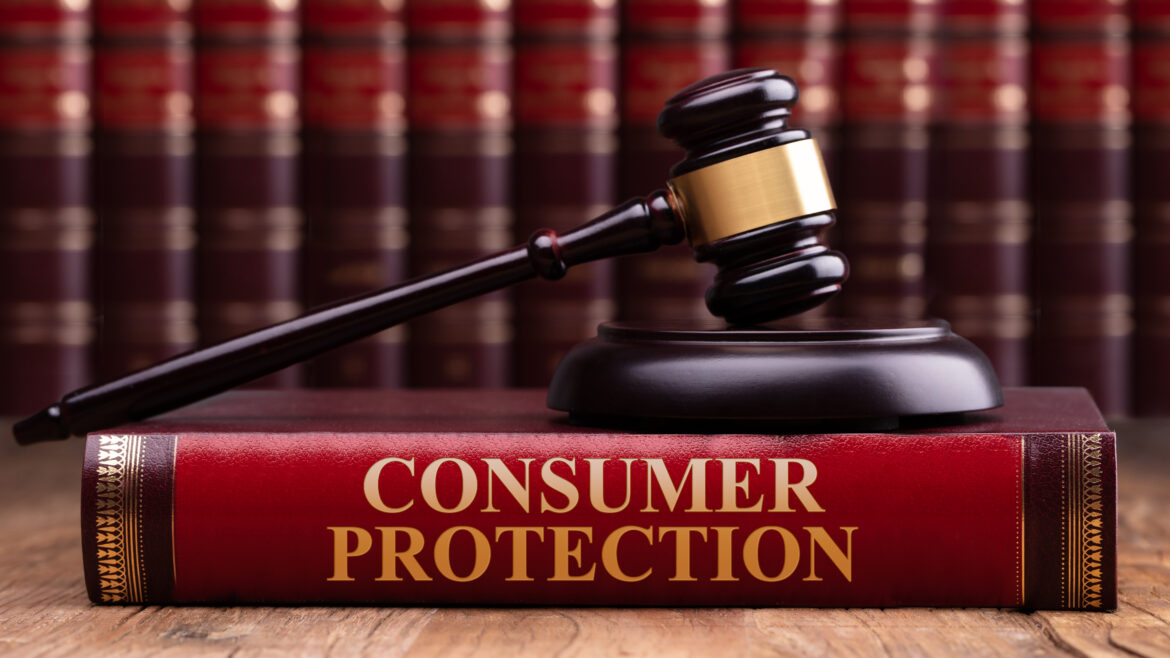 The Expanded Role of the CFPB in the Biden Administration

When the Biden Administration took over the Consumer Financial Protection Bureau, many Democrats celebrated. The agency would return to the vision of consumer protection they envisioned when they passed the Dodd-Frank Act.

On the other hand, many Republicans cringed. The CFPB, they feared, would return to a regulatory regime that focused on a broad definition of consumer protection.

Both sides were right.

From overdraft policies to Buy Now Pay Later contracts, the agency, under Director Rohit Chopra, has taken action against those businesses that CFPB officials say are taking advantage of consumers.

“The CFPB will have a leader who is ready to stand up to the biggest banks and the most powerful corporations to protect families, service members, students, and the elderly,” Senate Banking Committee Chairman Sen. Sherrod Brown, D-Ohio, said, following Chopra’s confirmation.

However, after Chopra attempted to push the Federal Deposition Insurance Corporation to take on the issue of bank mergers, Rep. Blaine Luetkemeyer, R-Mo., the ranking Republican on the House Consumer Protection and Financial Institutions Subcommittee, had a different take on Chopra.

“Perhaps Mr. Chopra mistook the word ‘director’ for ‘dictator,’” he said. “While a dictatorship might be the goal of this Administration and the Democratic Party, this is still the United States, and he must follow our laws and procedures.”

That incident once again led congressional Republicans to introduce legislation that would convert the CFPB from a single-director structure to a commission, a proposal that has been introduced in the past and has been supported by credit union trade groups.

In outlining his priorities before the House Financial Services Committee, Chopra said he wants to foster competition in financial markets—a natural extension of his work as a member of the Federal Trade Commission

“We will be keeping a close eye on practices that might impede competition, we plan to listen carefully to local financial institutions and nascent competitors on the obstacles they face when seeking to challenge dominant incumbents, including in Big Tech,” he told the committee.

Here’s a look at what the CFPB has done more than a year into the Biden Administration, and where it may be headed.

Under Dodd-Frank, the CFPB has the power to exempt classes of institutions from its rules. So far, the Biden Administration has declined to do so. Credit Union National Association President/CEO Jim Nussle has asked Chopra to exempt credit unions from certain rules, contending that the credit union industry did not cause the financial crisis that resulted in the agency’s creation.

“The bureau, in its first several years of existence, missed many opportunities to leverage credit unions’ mission and history to the benefit of consumers, and finalized regulations that ultimately hampered credit unions and their members,” Nussle wrote in a letter to Chopra.

Nussle continued, “Despite our pro-consumer history, credit unions have repeatedly been lumped in with others through the promulgation of overly broad rulemakings – increasing compliance costs without a material benefit for consumers.”

The statement came as part of a settlement of a lawsuit filed by consumer groups, who alleged that the task force was filled with CFPB opponents and was illegally formed.

Just before Biden was sworn in as President, the task force released a two-volume set that pushed free-market ideas rather than a strict regulatory regime.

As part of the settlement, the agency agreed to amend the high-profile group’s final report disavowing agency support of the findings and informing readers that the task force violated federal law.

The Biden Administration CFPB is encouraging people and organizations to file petitions for rulemaking. The petitions are publicly posted on the agency website and comments are encouraged.

Chopra said that people should be able to exercise their constitutional right to petition their government without having to hire a lobbyist to do it for them. The agency said that members of the public can request that the agency pursue a new rule, change one that already exists or repeal one that is on the books.

Agency officials said they hope the public petition process may level the playing field between companies that can hire lobbyists and concerned citizens. They added that former government officials and lobbyists will be asked to submit their petition for public inspection rather than presenting their case in private meetings.

The CFPB’s use of its powers to police Unfair, Deceptive or Abusive Acts or Practices has proven to be one of the agency’s most controversial actions.

Republicans argue that the power allows the agency too much discretion to pursue cases, while Democrats have pushed for a broad definition of the powers. The Trump Administration agreed.

However, in March 2021, the agency announced that it would use its authority to police unfair, deceptive, abusive acts or practices, even when fair lending laws do not apply.

“When a person is denied access to a bank account because of their religion or race, this is unambiguously unfair,” Chopra said. “We will be expanding our anti-discrimination efforts to combat discriminatory practices across the board in consumer finance.”

The CFPB and other regulatory agencies usually use the Equal Credit Opportunity Act, a fair lending law that covers the extension of credit. However, the agency said that financial institutions may discriminate against people in ways that may not fit the definitions in the credit opportunity act.

Agency officials said they intended to test whether the institutions are engaging in practices that substantially harm consumers in ways they cannot avoid and whether the harm is outweighed by countervailing benefits.

“Junk fees drain tens of billions of dollars per year from Americans’ budgets, and when markets become dependent on these back-end fees, it makes it harder for families to realize the benefits of competition,” the CFPB said in an article posted on the agency’s website.

The agency explained that it wanted comments on fees consumers are charged for account maintenance, late fees, fees to pay bills, closing costs and home-buying fees and fees associated with prepaid cards.

The agency also has been studying overdraft fees. At least in part because of that move, several large banks and credit unions have been dropping their overdraft fees.

Credit unions and banks have argued that the exploration of so-called “junk fees” is misguided and that the revenue generated is necessary for financial institutions to provide their services.

Republicans have criticized the bureau for branding legitimate fees that financial institutions charge as “junk fees.”

The CFPB has solicited comments on a proposed rule that would require financial institutions to report their lending to minority-owned and women-owned businesses.

The CFPB is required to collect the information under the Dodd-Frank Act. The proposed rule would allow the CFPB to post data on their website in an effort to allow the public to examine institutions’ small business lending records.

Credit union trade groups have argued that the reporting threshold is too low. In addition, they said, field of membership rules restrict their ability to make small business loans. The result would be that their lending records would be skewed.

The CFPB has shown no signs of letting up. In fact, it may become even more active. Federal agencies file semi-annual regulatory agendas so that the public and other interested parties may know what the agencies are planning.

In its regulatory agenda, released in December, along with other federal agencies, CFPB officials said that Chopra was still reviewing the federal regulatory landscape. As a result, the agency planned to work on projects it already had begun, such as the small business reporting rule.

“The Bureau expects that its new Director will assess what regulatory actions the Bureau should prioritize to best further its consumer protection mission and that the Spring 2022 Agenda will reflect his priorities,” agency officials said.

They added that when the agency released its next semi-annual agenda, it may list major initiatives that the agency is planning. And consumer groups are pressing the agency to revisit some rules that had been shelved during the Trump Administration.

During the Obama Administration, former CFPB Director Richard Cordray issued a strict rule governing payday lenders, contending that those lenders often lock borrowers into a cycle of debt. As a result, the borrowers are forced to take out new payday loans to repay the old one.

The Cordray rule contained provisions that required financial institutions to verify that borrowers are likely to repay their loans before a loan is approved. The Trump Administration repealed that ability-to-repay provision, and consumer groups have said that it should be reinstituted.

What is the agency likely to take up? That’s not clear. But one thing is—Chopra and his colleagues are taking a vastly different approach than Kraninger did.

Financial Literacy Month: How is Your Credit Union Celebrating?