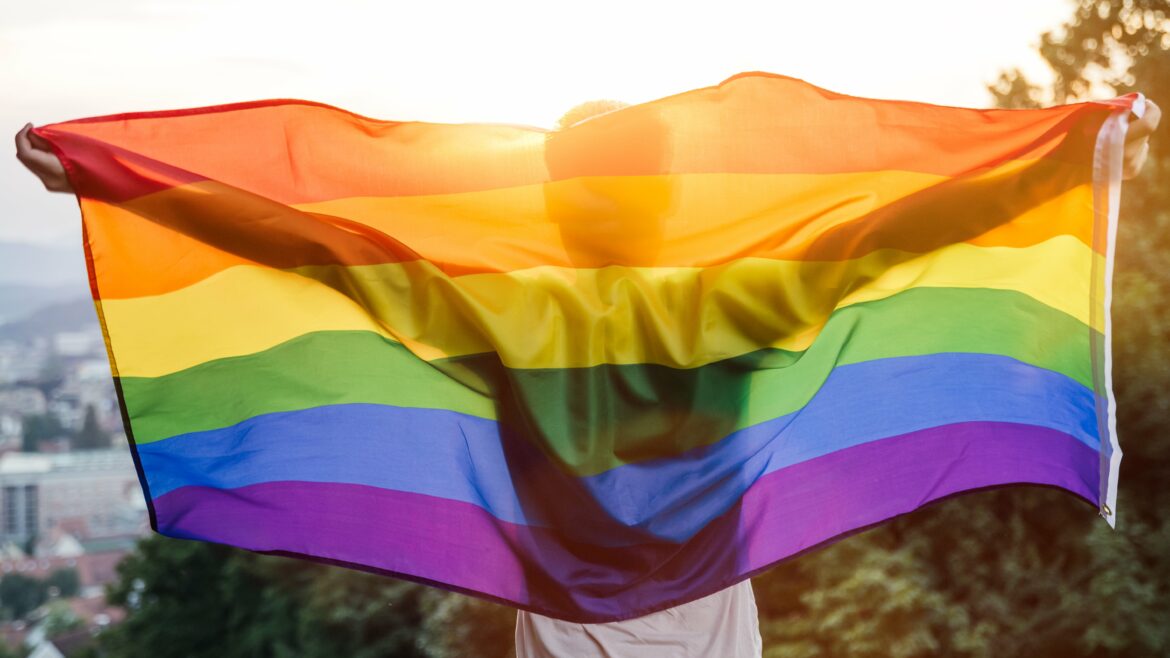 “I remember asking myself, ‘where are all the other members of our community?'” Bodie noted. “They never came out in their speeches or talked about their families, so they weren’t visible. I knew there had to be LGBTQ+ individuals in the credit union industry, but maybe they just weren’t comfortable coming out.”

Then, while speaking at the CU Water Cooler conference in 2017, Bodie decided to lead by example. As part of her presentation, she came out to the room. Her speech was met with loud applause, but the real surprise came a few moments later. After stepping off the podium, Bodie was approached by several other credit union professionals who not only thanked her for her speech but also explained that they too were a part of the LGBTQ+ community and shared how grateful and proud they were to see someone speak out openly.

For the first time after decades of service, Bodie was finding people like her in her industry. And more importantly, she was realizing there were quite a few of them. But if there were so many in the industry, why hadn’t they found each other sooner? And now that they had, what was stopping them from creating a community? “Why isn’t anyone doing something with this?” she asked herself.

Bodie went on to speak at several other events, including two Underground Collision events about the need for LGBTQ+ representation in the industry. It was at this event that Bodie met with CU Pride co-founders Sue Mitchell, Daniel Marquez, Brandi Stankovic, and Zachary Christensen—all of whom shared her desire to create a safe space for their community and invite conversation and change—and decided to move forward with creating an organization for that purpose. And thus, CU Pride was born.

Creating a safe place for collaboration

When creating CU Pride, the founders laid out four main objectives they hoped their new group would accomplish. First, to create a network and promote the visibility of LGBTQ+ individuals in the credit union industry. Second, to provide a safe but brave place for communion and discussion. Third, to create a forum for allies and social change agents. And finally, to promote inclusivity and consciousness through programs, education, and networking.

To achieve this, CU Pride works in various ways to bring the community together and advocate for change within the industry. For the former, CU Pride hosts regular, virtual gatherings for members where they can collaborate and discuss issues they face and ways to improve visibility and representation. As for the latter, the organization strives to achieve change through a few different outlets. They encourage members to advocate in their individual credit unions, they have leaders speak and promote change at different events, and they participate in the Diversity, Equity, and Inclusion (DEI) Collective.

CU Pride hopes that through these initiatives, they can find more LGBTQ+ members in the industry, educate allies and others on issues and topics such as pronouns, and continue to be advocates for change. Since their creation in 2020, they have reached over 1,100 members with participation from credit unions in Canada and Europe, and have spoken at numerous events.

“People really needed this community,” said Bodie, “so it naturally blew up.”

As one of its founding principles, CU Pride works to bring community members together. Unfortunately, since they were founded right before the pandemic hit, they were unable to meet for longer than planned. However, by LGBTQ+ Pride Month in June 2020, they were able to meet virtually for their first pride celebration consisting of speakers, presentations, and of course, music and celebration.

In addition to pride festivities, CU Pride hosts a monthly meeting for LGBTQ+ members in the credit union industry. On the first Friday of each month, members gather virtually to collaborate, share, and discuss various topics. The meetings usually begin with a short briefing about CU Pride for new members and an update on the work CU Pride is doing in the industry. Afterward, a topic for discussion is proposed and members spend the rest of the time delving into the subject and collaborating on ideas and proposals around that selected issue. Bodie noted that oftentimes, they bring these ideas back to their credit unions and work to implement them.

One such topic of discussion was the lack of credit union policies that address transgender employees. Issues relating to their health coverage, potential surgeries they may need, dealing with the transition process in the credit union, and the widely-debated subject of bathrooms are not covered in the majority of credit union policy manuals. This oversight leaves transgender employees feeling unseen, and at worst, can cause potentially dangerous situations for them at work.

“Having a policy in place isn’t just about the logistics,” said Bodie, “It tells those employees, ‘We see you, we hear you, we love you, and this is a space where you’re welcome.'”

After a CU Pride meeting, members brought this issue to the attention of their credit unions. Michigan State University FCU, working to be more inclusive of their transgender employees were intentional in creating inclusion and equity. They sat down and reworked their policies and created a guide for employees who may be transitioning. And in the true collaborative spirit of credit unions, offered to share with any credit union organization interested in the work and process. This meant there was an immediate resource for credit unions to lean on, which makes the process easier for them and others who choose to follow.

Working with the DEI Collective

But changes in policy are not limited to individual employees advocating for representation and improvements. Every founding member of CU Pride is part of the Credit Union DEI Collective, which is “committed to creating inclusiveness in the workforce, in service offerings, and in leadership.”

“CU Pride is both honored and excited to embark on this industry-wide journey with the CU DEI Collective. The LGBTQ+ voice and representation are necessary and important components of creating an inclusive and equitable financial services landscape,” founders Linda Bodie, Daniel Marquez, Brandi Stankovic, and Zachary Christensen stated in a press release. “We look forward to bringing forward the talents of our CU Pride membership as we collectively strive to make a difference.”

On March 1st, at CUNA’s Governmental Affairs Conference (GAC) in Washington D.C., the DEI Collective will be hosting #DEITuesday with the purpose of encouraging education and understanding amongst credit unions. Four industry-leading DEI organizations—CU Pride, AACUC, NLCUP, and Inclusiv—will host networking and education events. The event will focus on how credit unions “can expand their work serving and empowering communities of color and promoting equity for all.” Bodie is hopeful this event will be a great opportunity to increase awareness and community outreach.

Why is CU Pride so important?

As the first organization to support and bring together LGBTQ+ members specifically working in the credit union industry, CU Pride is breaking down barriers and increasing visibility, which is critical. “Visibility is everything.” Bodie states, “It’s important for those in our industry to know that it’s okay to be gay, bisexual, transgender, or however they identify. Simply knowing there is support and representation in your industry can make all the difference. Lacking that representation makes LGBTQ+ employees feel isolated and think people like them don’t get support in the credit union sphere.”

Large organizations like CU Pride, especially those done virtually, allow community members to connect to each other and find others like themselves. It creates a space for people in the LGBTQ+ community to meet credit union professionals with shared experiences they can relate to and collaborate with on issues they deal with that those outside their community may not. This is especially important for those in rural communities who may not have other LGBTQ+ people in their area and are even more isolated.

Looking toward the future

Moving forward, our industry will most likely see the creation of more groups like CU Pride that seek to cultivate a place for education and support in their communities. As for CU Pride, Bodie says it will aim to increase education and networking throughout the industry in the future as they look to gain more members and continue advocating for change.

What about your credit union? Now is a great time to step back and evaluate where you’re at in assisting in this endeavor. What do you do to invite LGBTQ+ people into your credit union space? If you have employees in the community, are you valuing their input and addressing any needed policy changes? The time to reassess and learn more is today.

If you’re interested in getting involved with CU Pride—either as an individual or an organization—or would like more information, you can visit their website or social media.

Trust the Future to Those Willing to Lead