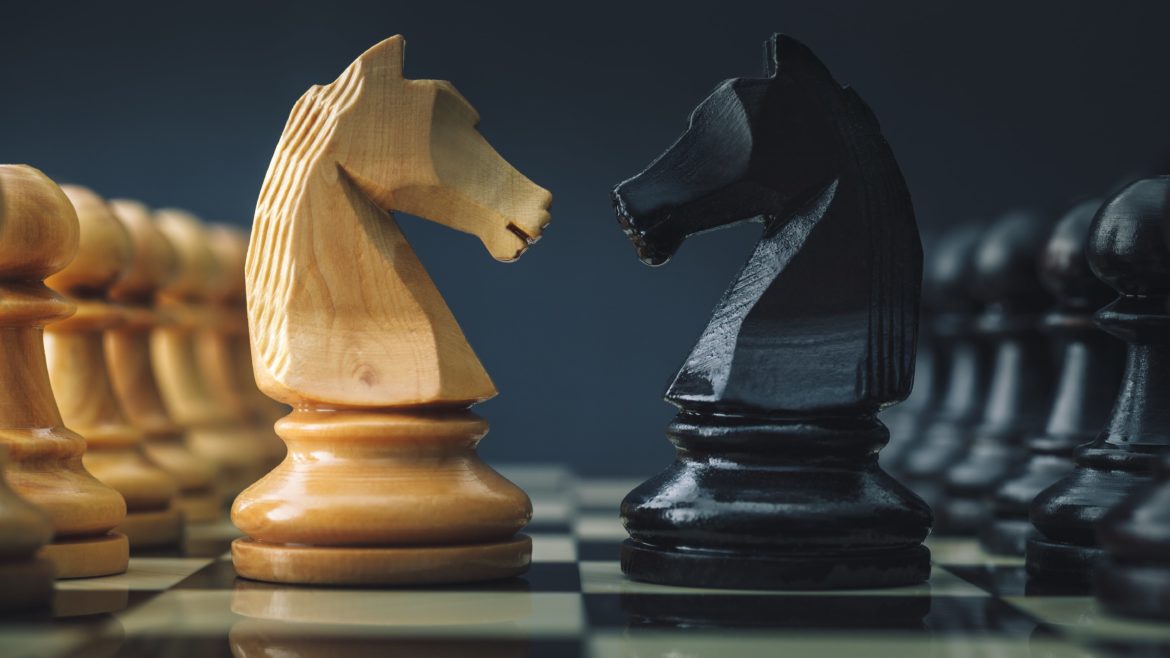 Death and Taxes: A Tale of Bank vs. Credit Union Lobbying

In our nation’s capital, some things are inevitable. The cherry blossoms will bloom in the springtime, one inch of snow will cause gridlock all over town, and banks and credit unions will fight like cats and dogs.

The issue, of course, is the fact that credit unions are exempt from federal income taxes and banks are not. The banks don’t like that. Credit unions do.

“Changes in credit union membership restrictions and the blurring of distinctions in the products and services offered by credit unions and other depository institutions, as well as concerns about the extent to which credit unions are serving people of modest means, have resulted in questions about the tax-exempt status of credit unions,” the Government Accountability Office said in a 2006 report.

That debate continues today, fueled by trade groups pitching their own sides of the issue.

The money at stake may seem large, but when compared with other parts of the federal budget, it is relatively small.

The congressional Joint Committee on Taxation estimated in November 2020 that between 2020 and 2024, the credit union tax exemption will cost the federal government $10.1 billion in lost tax revenue. That seems like a lot of money, but the exclusion of employer contributions for health care premiums is estimated to cost the federal government some $943.5 billion during the same time period.

Banks and credit unions are represented by trade organizations that lobby on Capitol Hill and contribute to House and Senate campaigns, spending millions to make sure that policymakers know their positions.

Access costs money. In 2018, when he was acting Director of the Consumer Financial Protection Bureau and Director of the Office of Management and Budget, former Rep. Mick Mulvaney (R-SC) was blunt about it, according to the New York Times.

He had one exception. “If you came from back home and sat in my lobby, I talked to you without exception, regardless of the financial contributions,” Mulvaney said.

In 2020, the commercial banking industry spent $62.1 million on lobbying, according to the Center for Responsive Politics, a non-profit group that catalogues lobbying and campaign spending. Those clients ranged from the American Bankers Association to FirstBank in Colorado. During the 2020 election cycle, the industry and bank employees contributed almost $58.5 million to congressional campaigns.

Of course, the lobbying, the messages, and the campaign contributions are dominated by major trade groups. Each time a banking trade group sends a letter to members of Congress noting some reason it thinks the credit union tax exemption is unfair, credit union trade groups fire back. And when banks report their profits, credit union groups are not shy about noting that credit unions plow funds back into benefits for their members, while bank profits go to shareholders.

The American Bankers Association employs a team of lobbyists—some are ABA employees and some work for outside firms. That does not include employees in their public affairs office; those folks churn out press releases and other missives about the benefits of doing business with banks.

For the ABA the message is clear. “The credit union tax exemption is no longer justified,” the trade organization states on its website. “Credit unions have drifted from their original mission and have outgrown their special tax-exempt status. Taxpayers can no longer afford to continue subsidizing the credit union industry.”

Many credit unions bear little resemblance to the industry that Congress created to serve people of modest means.

ABA officials were particularly incensed in August, when the House Financial Services Committee discussed legislation that would allow credit unions to expand their fields of membership to serve areas that are not served by other financial services providers.

“We cannot support this proposal, however, because growth-oriented credit unions with already expansive fields of membership have failed to demonstrate a commitment to serve the underserved despite a congressional mandate and federal tax exemption to do so,” ABA President/CEO Rob Nichols wrote, in a letter to committee members. “Instead, we view this proposal as yet another backdoor effort by the credit union industry to expand its membership rolls at the expense of tax-paying banks.”

In 2018 and part of 2019, the ABA also operated a website, explorecreditunions.com, that discussed the unfair advantage that the trade group believes credit unions possess. However, the website did not make clear that the ABA owned it.

The website was registered using a proxy that hid the website’s owners and the website itself did not identify the ABA as the source for content.

That is until September 2019, when registration websites identified the ABA as the group that had registered the site. News reports followed.

Since that time, the ABA has identified itself as the owner and sponsor of the site. “Explore Credit Unions is a public education campaign created by the American Bankers Association committed to showing taxpayers how large credit unions are exploiting a tax loophole to give the industry an unfair competitive advantage,” according to the ABA.

The website purports to provide the “truth” about credit unions and urges people to contact their members of Congress about the unfairness.

“Let your member of Congress know that the tax exemption that credit unions received during the Depression is no longer needed, particularly for large credit unions that have outgrown their mission to serve people of modest means,” the ABA says.

The ICBA has established a “Wake Up” campaign that may be a play on CUNA’s “Open Your Eyes to a Credit Union” effort.

The community bankers also had staff outside lobbyists working on their issues in 2020.

The ICBA makes many of the same arguments as the ABA, but the group focuses on an additional complaint: the purchase of community banks by credit unions.

“With the number of tax-exempt credit union purchases of taxpaying community banks passing 100, the Independent Community Bankers of America is renewing its call for policymakers to examine the loophole contributing to these tax-subsidized acquisitions,” the group says.

ICBA President/CEO Rebeca Romero Rainey said the transactions are facilitated by the credit union tax exemption and result in the elimination of locally based lenders and further consolidation of the banking industry. She said that regulatory safeguards for low- and moderate-income people are eliminated because credit unions are not subject to the Community Reinvestment Act, which is designed to measure whether banks are investing in their communities.

The ICBA has called on policymakers to implement an exit fee to capture the value of the tax revenue that is lost once the banks becomes part of a credit union.

CUNA and its state league affiliates had in-house and outside lobbyists working on credit union issues—offense and defense—in 2020. Some were CUNA employees, while others were employees of outside firms.

“Now is the time to make inroads against America’s biggest banks (which have nearly doubled their market share in recent years) and band together under the cooperative principles that have guided the credit union movement since its inception,” CUNA said on its website, as it appeals for support of a high-profile credit union awareness campaign.

That campaign is intended to focus attention on the differences between banks and credit unions.

“Well, we offer all of the same products as banks, but we don’t have any outside shareholders,” the website states, in describing the difference between credit unions and banks. “Instead, our members are our shareholders. That means our profits are reinvested in you, giving you more for your money. Neat, right?”

But CUNA also plays defense, attempting to counter the arguments posed by the banking groups.

“The bank trade groups are very concerned about the government getting tax revenue, but they conveniently leave out the part where they saw their federal tax burden reduced by roughly $30 billion annually a few years ago,” CUNA President/CEO Jim Nussle wrote in an August letter to the Senate Banking Committee.

In discussing the bank-credit union mergers, Nussle said that since 2004, banks have closed more than 6,000 branches, while credit unions have opened a net 1,600 branches.

“Regardless of whether it is another credit union or a bank selling its assets, commitment to the community remains the core of the credit union mission; branches stay open,” Nussle wrote.

NAFCU has its own team of lobbyists working on credit union issues. In 2020, the trade group also had in-house and outside people registered to lobby, according to the Center for Responsive Politics.

In 2017, NAFCU reported that an independent study it had commissioned showed that the cumulative benefit credit unions provide to the overall economy totals $16 billion a year.

“While bankers and their allies advocate for the taxation of credit unions, the …study shows that altering the tax status of credit unions would have a devastating impact not only on credit union members across the country, but also on consumers and small businesses in general,” Brad Thaler, NAFCU’s vice president of legislative affairs, wrote in a letter to the House Ways and Means Committee in February 2020. “Eliminating the credit union tax exemption would result in the loss of 90,000 jobs a year, a shrinking of the GDP, and a net loss of revenue to the federal government.”

Few politicians have been willing to get in the middle of the battle between banks and credit unions.

In 2018, then-Senate Finance Chairman Sen. Orrin Hatch (R-UT) asked the Internal Revenue Service to require federal credit unions to file informational tax returns. However, Hatch already had announced his intention to retire at the end of 2018, so that effort ended when Hatch left the Senate.

His request to the IRS went nowhere. And so far, no member of Congress has taken on the effort.

Hauptman: NCUA Must Make It Easier to Form a Credit Union