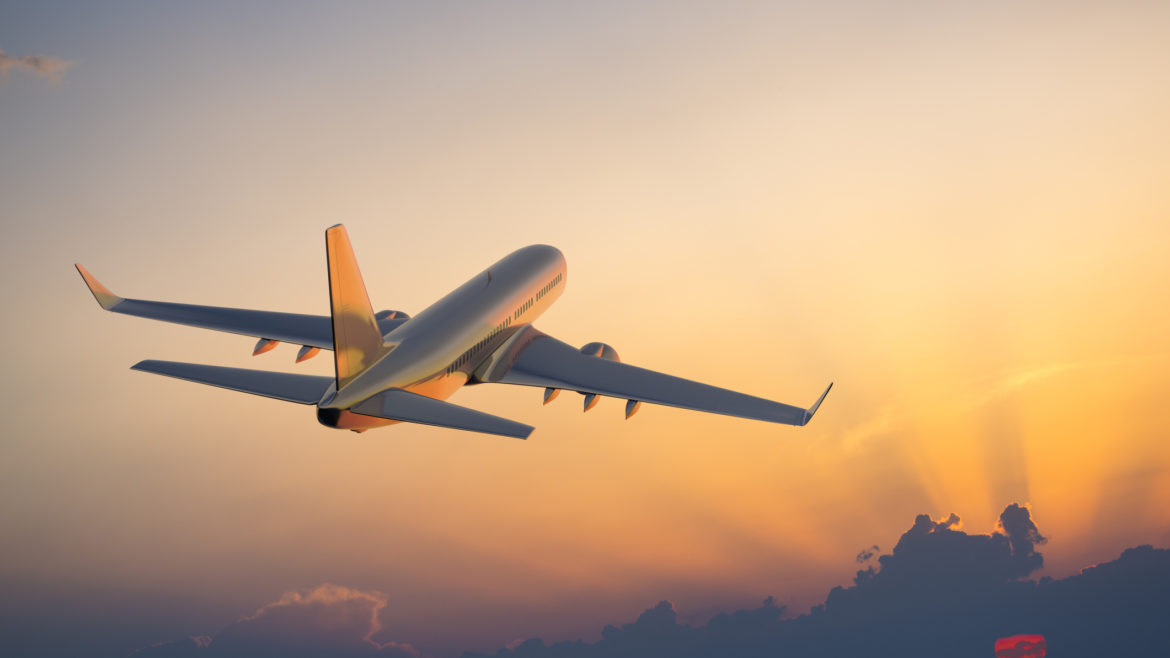 What Airline Disasters Teach Us About Decision Making Under Stress

On December 29, 1972, Eastern Airlines Flight 401, was a scheduled flight from New York JFK to Miami. On approach to Miami the First Officer noticed that the landing gear indicator, a green light identifying that the nose gear is properly locked in the “down” position, had not illuminated. They requested to move to a holding pattern and were instructed to maintain 2,000 ft and hold west over the Everglades. They put the plane in autopilot and proceeded to remove the light assembly. The Second Officer was dispatched to the bay below where there was a small porthole where he could verify that the landing gear was indeed down. But the crew in the cockpit continued to fiddle with the light.

It is believed that the captain accidentally leaned on the yoke (control column) which caused the pitch of the aircraft to change in auto pilot to a slow descent. It went unnoticed. It was nighttime and they were over the dark Everglades. The plane crashed and 101 people died, all because they became fixated on a burnt-out bulb.

Under pressure, your mind will digress from its rational model of thinking

I think in credit unions we get so fixated on the control panel of our plane, our indicator lights (ROA, net worth, loan growth, delinquency ratio) that we are no longer aware of the events that are happening around us. Improving these numbers quickly often involves a merger. The key logic justifying this step is “joining forces will give us economies of scale.” This plane can never crash if it’s big enough.

One such alternative is CUSO models such as Member Support Services, LLC. This CUSO successfully migrated the lending and operations of three mid-sized New Jersey credit unions without merger. They were able to achieve economies of scale through innovation and cooperation.

Linda Bodie, Chief + Innovator at $31 million Element Credit Union, is a CUSO power user. She has partnered with several. In an interview with NACUSO, Linda said “I now have the power and knowledge of countless experts. I don’t have to do it on my own. I can offer a lot more products, services and solutions even though I’m small. Size doesn’t matter…not when you have the power of a cooperative system.”

COVID promises to accelerate the number of credit union mergers as indicator lights put the pilots and co-pilots in a state of panic and tunnel vision. The only way out is to merge. The NCUA is all too happy to approve mergers so there’s less threat to the insurance fund. Situational close-mindedness.

The emotional excitement from fear, anxiety, time-pressure, and stress can lead to a phenomenon known as “narrowing of the cognitive map.”

As the chart below illustrates, the credit union movement is losing altitude rapidly and we are destined to crash very soon if we don’t right the ship. The blue line is the total number of credit unions from 1910 to 2019, the pink line is the number of new federal charters since from the 1930s to the 2010s. 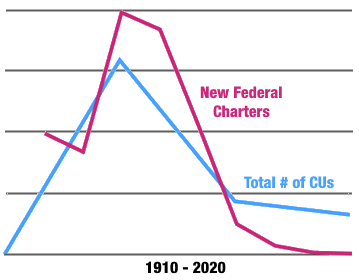 How do we keep from crashing and burning? By starting new credit unions. We need to fill up our fuel tank so we can stay in the air. The NCUA has approved a budget for de novos this year, but that’s not enough. We need to work together to help people with a common bond and a common purpose charter their own financial cooperative. Join the CUSO Challenge and get involved by supporting these five initiatives:

1. Starting de novo credit unions: Last year only one new credit union was chartered.
2. Deposit Insurance: American Share Insurance (ASI) is the only alternative for a state chartered credit union and it’s only available in ten states. Why?
3. Scholarship/Mentoring: You can sign up to help a struggling credit union or a start up by offering free or greatly discounted CUSO services. You can also lend your expertise in the form of a mentor.
4. Think Tank: at the heart of the 6th cooperative principle: cooperation among cooperatives, the CUSO Challenge will continue to be the engine of innovation. The CUSO business model offers one of the best atmospheres for meeting and advancing the financial well-being of credit union members today and in the future.
5. NCUA Governance: In the last 50 years there has only been one NCUA board member who has ever worked at a credit union, Dennis Dollar. The selection process has always been a mystery. Credit unions and CUSOs need to establish a much more influential position in the process.

We are in unchartered waters right now. The decisions we make today are going to have huge implications for the future of the credit union movement. The environment is constantly changing. We need to maintain situational awareness by understanding the framework:

1. Perception – of the data and the elements of the environment (credit unions are disappearing).
2. Comprehension – understanding the meaning and significance of the situation. Does it matter?
3. Projection – what will the future look like if this current situation continues?

For more information on the CUSO Challenge visit, www.cusochallenge.com.